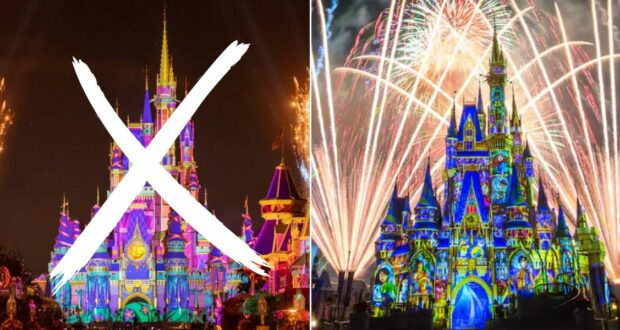 Big news is coming out of Walt Disney World Resort! We have learned of the official end date of Magic Kingdom Park’s current nighttime fireworks spectacular as an oldie, but goodie nighttime show makes its grand return.

While Disney Enchantment had its moments of beauty, including the new addition of projections lighting up Magic Kingdom’s Main Street, U.S.A., the nighttime show received poor reviews. Disney fans were also quick to point out how the show lacked any sign of Walt Disney himself, which Disney attempted to add at a later date… but it was too late. Disney Enchantment was already dismissed by many Disney fans.

RELATED: Disney Star Desperately Wants Disney to Bring Back Happily Ever After Fireworks

Pleas came from the Disney fandom in hopes that Walt Disney World would remove Disney Enchantment and bring back the beloved Wishes or Happily Ever After. Well, Disney listened, and Happily Ever After is returning!

Now we have an official end date for Disney Enchantment and a start date for the return of Happily Ever After!

Disney has revealed, “Well, I hope you’re “Ready to begin…” because fan-favorite nighttime spectacular “Happily Ever After” returns to Magic Kingdom Park on April 3, featuring all-new projections down Main Street, U.S.A. “Disney Enchantment” will be offered through April 2. Whether it’s your first time, or the park is your home away from home, get ready to reach out and find your happily ever after with us at Cinderella Castle soon.”

Additionally, we have a new update on EPCOT’s Harmonious ending, with EPCOT Forever returning to the World Showcase Lagoon. Check out EPCOT’s nighttime spectacular end and start date here.

As always, we will be sure to keep Disney Dining readers updated as we learn more about Walt Disney World’s nighttime spectacular.