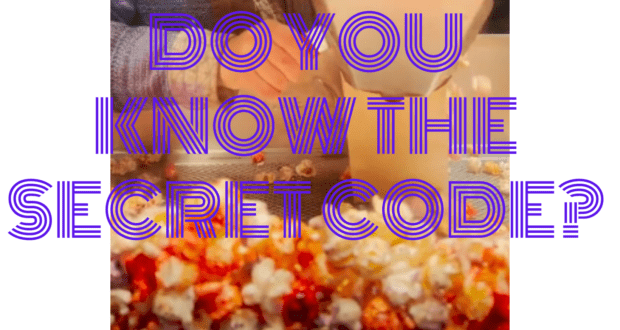 There’s been a lot of talk about popcorn at Walt Disney World this week, but we bet you don’t know about this popcorn.

Last Friday marked the opening day of EPCOT’s 2022 International Festival of the Arts, and while many Guests came to the park for the art, the creativity, and the cuisine, they stayed for the popcorn.

Well, the popcorn bucket anyway. In celebration of the Festival of the Arts, EPCOT debuted an adorable lavender Figment popcorn bucket. Disney first unveiled the new popcorn bucket via TikTok several days before the festival opened.

When we find out about the new #popcorn bucket before it launches 😉 Jan. 14 #Epcot #FestivalOfTheArts 💜 (2 per guest) #Disney #DisneyWorld #Figment

So when the gates opened at EPCOT on Friday morning, Guests made a beeline for the Pop Eats booth to be the first to own a Figment popcorn bucket that came with rainbow popcorn. It was a popcorn bucket phenomenon as some Guests waited in line for as long as 6 hours just for the chance to purchase one. RELATED: ‘One Little Spark’: Guest in 4-hour line for Figment bucket gets the shock of her life

As the orchestra of noise from the Figment bucket and rainbow popcorn phenomenon of 2022 played loud, another member of the Disney popcorn family was just being born, but you might not have heard about it yet.

The MSE-6 Series Repair Droid popcorn bucket first made its debut before the pandemic, and if you’re a Star Wars buff and a Disney popcorn connoisseur, you may already have the so-called “Mouse Droid” popcorn bucket. But you haven’t had the new popcorn flavor that has just become available at Galaxy’s Edge. 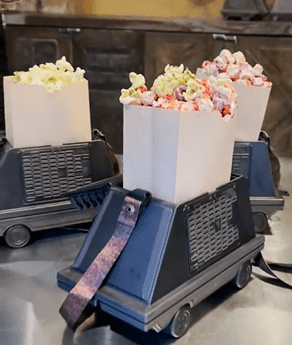 Credit: Disney ParksThe new popcorn mix can only be found at Kat Saka’s Kettle at Galaxy’s Edge. It features the buttery taste of the Buttered Blue Grains popcorn mix and the sweet and spicy flavors of the Outpost popcorn mix. It comes in the “Mouse Droid” bucket for $19.99. 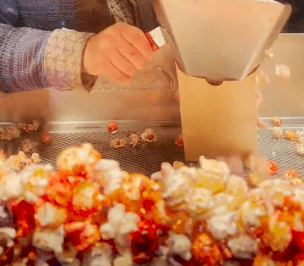 The new mix doesn’t have an official name, but you’ll need to sound official if you want to try it. That’s because without the secret passcode, you won’t be able to score a single kernel. Be sure to say the words, “Have you seen a Mouse?” when you visit Kat Saka’s so you can try the new mix before it’s gone!

The mix will only be available through February 28. May the Force be with you!