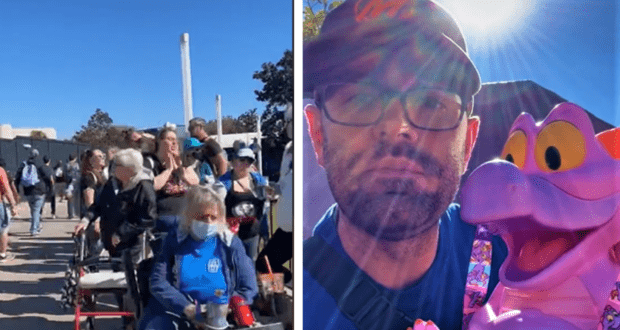 You might have thought that the big news story out of Disney World on Friday would have been that the 2022 EPCOT International Festival of the Arts finally opened to Guests. 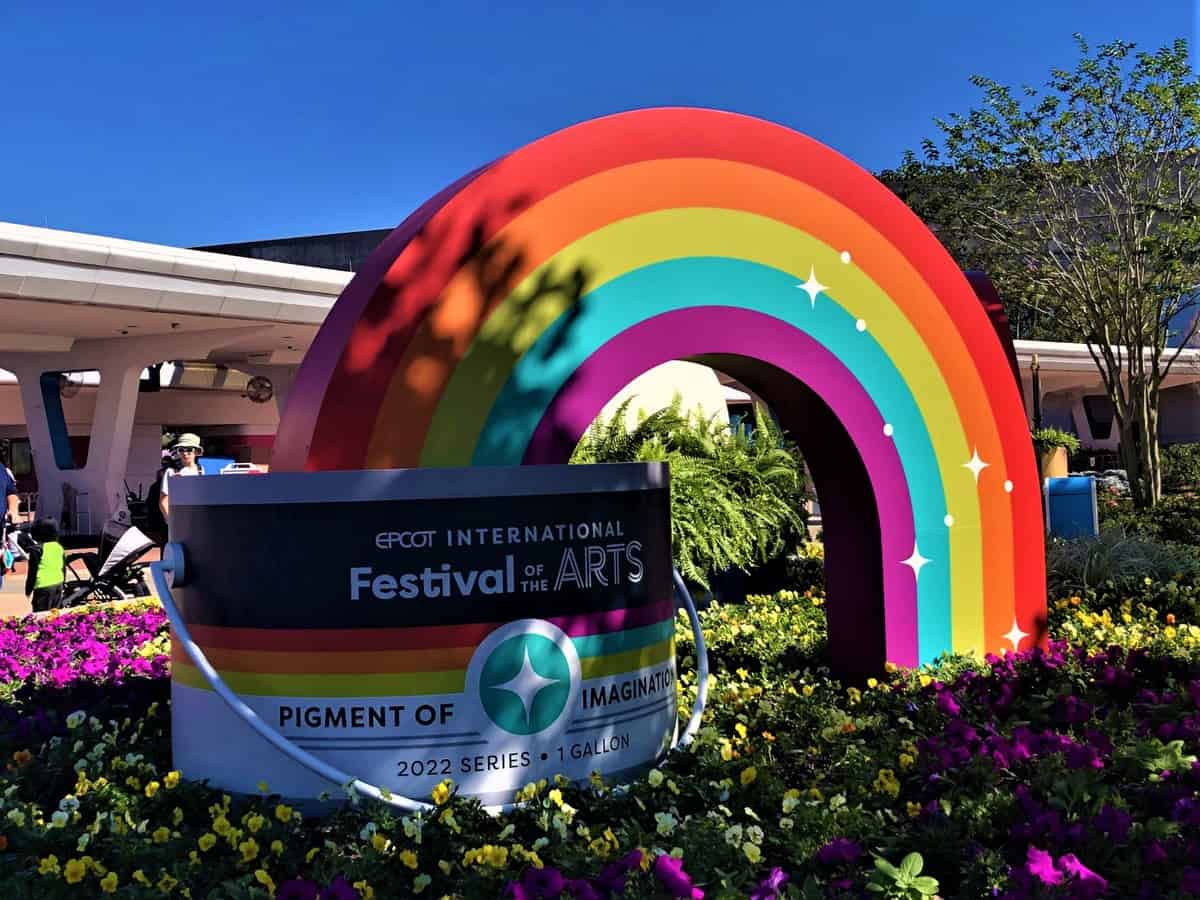 But not so. That was one of the stories, but it wasn’t the story.

The big news story of Opening Day at EPCOT’s International Festival of the Arts was all about an adorable Figment popcorn bucket being sold in the park–and the five to seven hour-long wait Guests were willing to endure, just for the chance to purchase one of the whimsical purple buckets for $25. 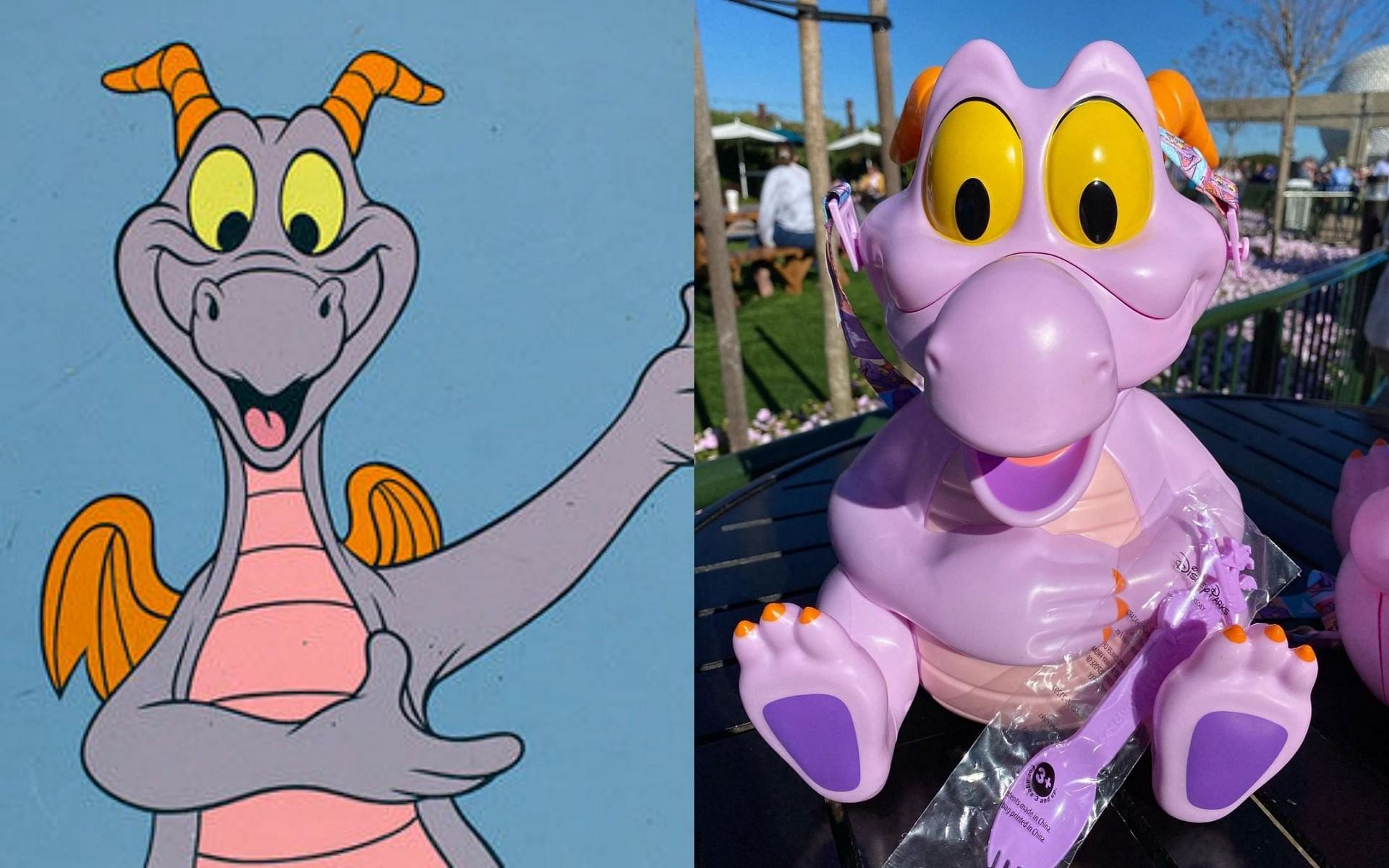 But soon, even that big story blossomed and grew, and before you knew it, there was a full-fledged four-alarm Figment bucket upset making waves and making the news throughout social media platforms and Disney fansites.

No sooner did news break about Figment fans determined to wait nearly half their park day in line for a popcorn bucket rendered in the imaginative little dragon’s likeness, but there have since been multiple posts online about some fans who were willing to try their luck at buying as many of the Parks-exclusive buckets as possible so they could sell them to other Guests in the park, or worse–so they could race home and list them on eBay and Facebook Marketplace–some for as much as $200, despite the fact that Disney has been rumored to be cracking down on Guests who buy up all the Parks merch just to list that merch online at prices about which “price gouging” would be a gross understatement.

A man visiting EPCOT on Friday named Jason M. was one of the seemingly fanatic fans–you know, the ones that waited in the unbelievably long line to get a Figment bucket. 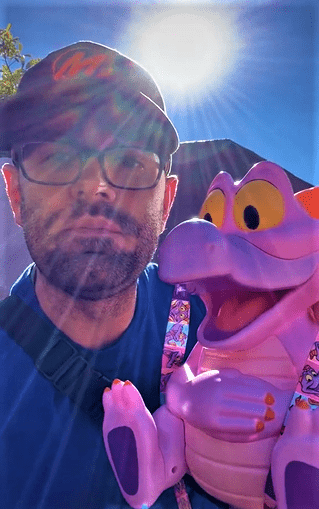 And Jason, who goes by the name @tattooDisneyDad on TikTok, had ulterior motives as well. He purchased two Figment buckets, so at least he adhered to the limit.

“This is the spirit of Disney,” Jason says at the beginning of the video as he holds up his second Figment popcorn bucket.

And then his boldness takes over as he videoes himself carrying out his well-laid plan.

Unbelievable, right? Jason says he stood in the Figment bucket line at EPCOT on Friday for four hours. He purchased two of the buckets, which we’re told is the limit per Guest. (Not quite sure how others pulled off the feat of a multi-Figment purchase so easily.) But he didn’t keep either bucket for himself. Rather, Jason gifted the first one to his mother for her birthday–a thoughtful gesture, especially after that long wait. But that wasn’t nearly as thoughtful as what he did next.

In the video, Jason walks all the way to the end of the line where Guests were waiting for hours for their turn to purchase a Figment popcorn bucket. The line was so long, that when he edited his video for TikTok, he used a fast-motion effect; otherwise, we would have fallen asleep watching the video of him walking past every Guest who had filed in line. 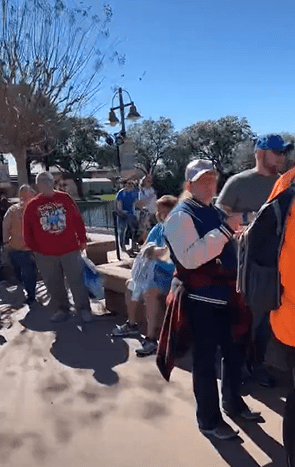 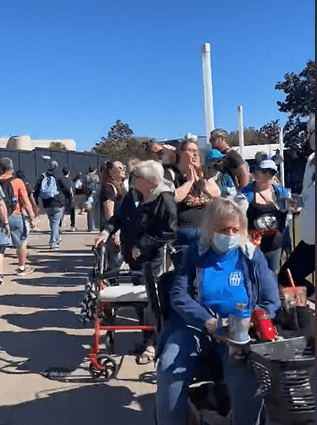 The line weaved throughout the park, and after Jason reached the very end of it, he paused briefly before walking back several feet toward the Guests in the very last part of the line so he could find someone to whom he could give his second bucket.

He chose a Guest a random, but it didn’t hurt that she was clearly a Figment fan too–not only was she in the multi-hour-long line for a bucket, but she had on what looked like a Figment spirit jersey too! 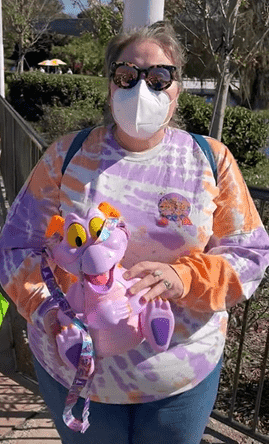 You can see from her expressions and hear in her words how grateful (and shocked) she was to have received the coveted Figment bucket from a total stranger. We’re thinking she was also grateful that she had beat the game and was able to take Figment home with her, and she probably had only waited in the line a very short time at that point–all thanks to the kindness of someone she had never met before. 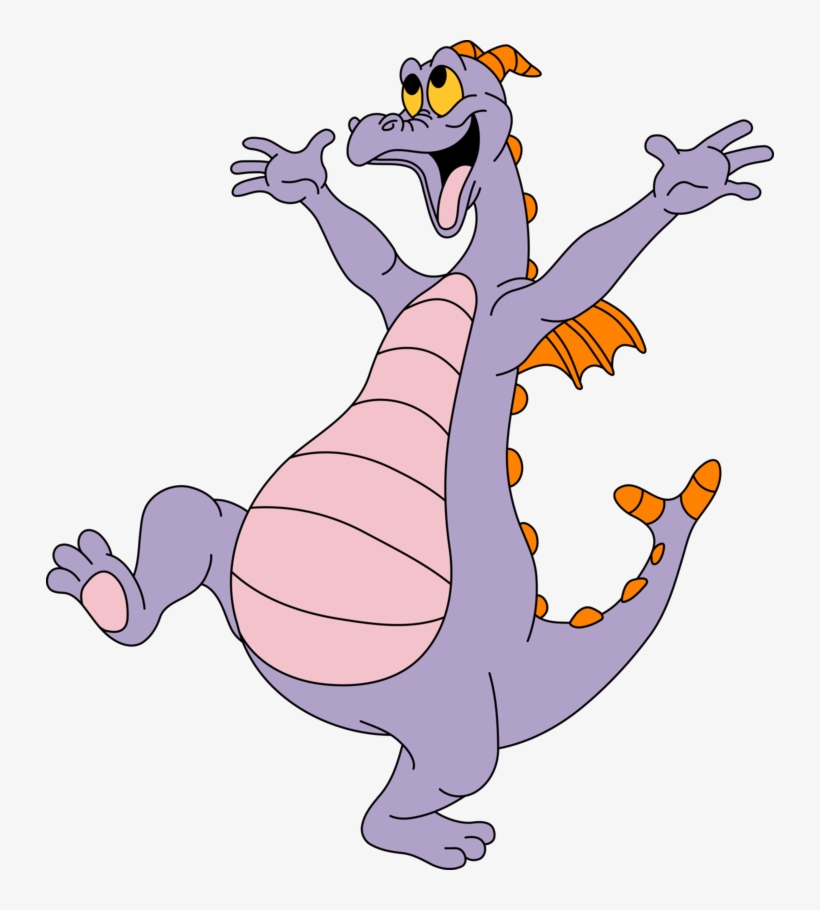 Jason is right. The Figment bucket he gave away absolutely embodied the very spirit of Disney and Disney magic. It only takes “one little spark.” Kudos to Jason M. and to each and every Disney and Figment fan out there who has reached out to another fan and shared the magic over the weekend!