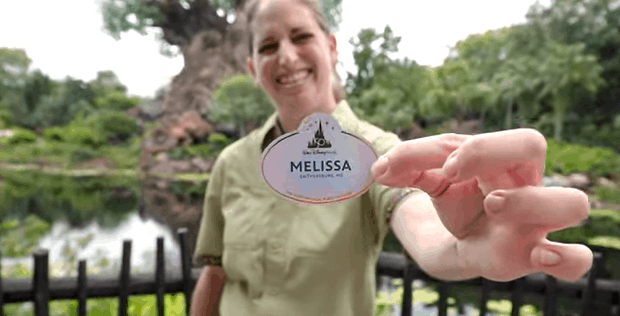 Walt Disney World extends the Magic of the 50th-anniversary celebration of the opening of the park to Cast Members with brand-new name tags that match the colors and the spirit of Disney’s Most Magical Celebration. 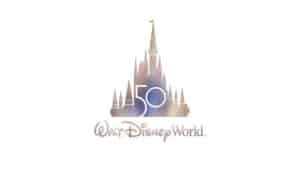 Some of them have been with the parks for 50 years. 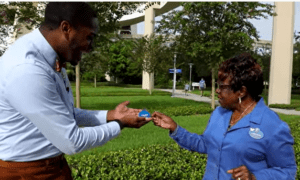 Hundreds of new Cast Members have been surprised with beautiful “EARidescent” name tags that allow them to “feel the rush” of getting their Disney World name tag the very first time–only this time with a twist!

The new Cast Member name tags, originally unveiled in March of this year, feature gold accents that seem to shimmer in Disney Magic, an iridescent overlay, and the Walt Disney World 50th anniversary logo. They’re perfect for the team of Cast Members who will be welcoming Guests during the 18-month-long celebration of the opening of Disney World.

The name tags will continue to be distributed to all Cast Members at Walt Disney World throughout the month of September, and from the video above, it’s easy to see how excited they are to receive their new tags.

“I can’t wait for the celebration to show it [the name tag] off,” one Cast Member was quoted as saying. “It’s so cool!”

“Our Cast Members are central to the Magic we make,” explains the Disney Ambassador Team, “and we can’t wait to share even more of that magic with you as we continue to celebrate the is historic milestone.”