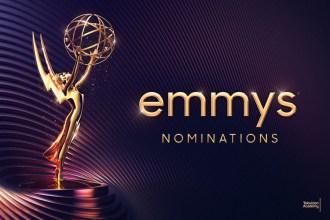 Disney is a titan in the entertainment industry and produces some of the best movies and television in the world so it’s no surprise that they would dominate the awards circuit.  Even still, they received an astounding 147 Emmy nominations this year, and according to Variety, most of them come from a surprising source!

Disney owns a majority share in Hulu, with a deadline fast approaching to own the property outright. While they seem to be floundering on what to do about that, it seems that Hulu is a good investment bringing in 58 nominations. Hulu original shows Dopesick and Only Murders in the Building account for the lions share of those nominations (with 14 and 17 nominations respectively). Dopesick notably received a nomination for “Outstanding Limited Series”.

Disney’s own streaming service, Disney+ comes in 2nd with 34 nominations. Marvel leads the charge here with 19 of those nominations.  Moon Knight gained the most, scoring just under half of the MCU’s nominations.  Loki received 6, Hawkeye received 2, and the animated series What If…received 3, including a posthumous nomination for Chadwick Boseman (Outstanding Character Voice-Over Performance). Notably absent from the Disney+ nominations, though, was Obi-Wan which despite premiering this year will not be eligible until next year.

The Best Animated Series category is,  predictably, dominated by Disney owned properties (3 out of 5 nominations in the category) but interestingly none of Disney Channel’s original Series made the cut.

It’s clear Disney has outdone itself this year. With 147 chances, the awards will certainly be plentiful at this year’s show. You can tune in to the 74th Emmy Awards Monday, September 12 at 8 p.m. ET on NBC.