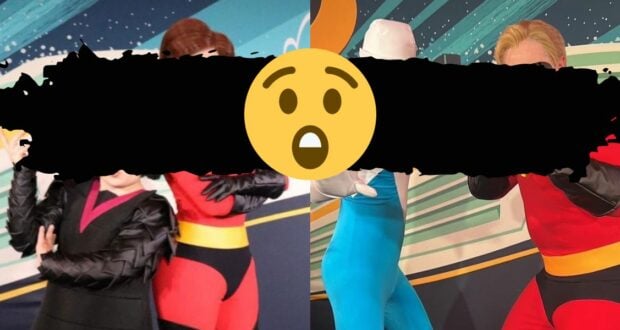 The Walt Disney Company is constantly looking for ways to grow and adapt for the massive Disney fandom. And while Disney fans can expect change to be inevitable throughout the plethora of Disney experiences, one of Disney’s most recent adjustments has fans disappointed.

RELATED: Key “Evidence” in Couple’s $20 Million Sexual Assault Lawsuit Against Disney Cruise Line May Not Hold Up in Court

RELATED: Adults Only – The Scoop on Disney Cruising for Adults

Pixar Day at Sea set sail on the Disney Fantasy cruise ship in January 2023 with its celebration of all things Pixar, including experiences and characters from films such as The Incredibles, Inside Out, Toy Story, Finding Nemo, and Monsters, Inc. But, when Disney introduced The Incredibles characters, including Edna Mode, Elastagirl (Mrs. Incredible), Frozone, and Mr. Incredible… fans were shocked to see they were face characters.

Face characters are typically characters we see in Disney Parks, such as Cinderella and Prince Charming or Belle and Gaston. Most characters, however, such as Mickey Mouse and his pals, are considered costumed characters who have masks.

At both Disneyland Resort and Walt Disney World Resort, Edna Mode, Elastigirl (Mrs. Incredible), Frozone, and Mr. Incredible are all costumed characters. For some reason, the Disney Cruise Line decided to roll out these four Pixar favorites as face characters during the grand Pixar Day at Sea.

@itsbarbieparis took to social media to share the photo below along with, “I feel sad too because i just know the cast members are putting their all into it, even if the result is subpar on Disney’s part. but the sculpted masks feel more Incredibles movie characters come to life for me-this gives more dress up. idk. and it’s like it’s the same outfits?”

RELATED: ‘The Incredibles’ Nearly Landed the Pixar Powerhouse in All Kinds of Legal Trouble

The fans continue to disapprove of the face Incredibles characters. @alltimemaria comments, “This looks like a bad party city ad. some characters just shouldn’t be face.”

The gifs flood in following posts of the Incredibles face characters, as many are shocked and confused by the new look for the superheroes:

Want to see Edna Mode in action? @livingbydisney shares a brief video of Edna Mode making her grand entrance… and she even speaks, which is an adjustment from her previous costumed character:

It seems like the majority of the internet is in agreement that they prefer the Incredibles as their original costumed characters:

Currently, Incredibles characters are still costumed characters when seen at Walt Disney World Resort and Disneyland Resort. At the moment, we are unsure if these face characters will remain at sea or if Disney is working to implement this new look in the Disney Parks.

As always, we will continue to keep Disney Dining readers updated as we learn more about what look The Incredibles characters will take on next.

2023-01-12
Jamie Sylvester
Previous: Brand-New Themed Restaurant Opening This Year at Disney Park
Next: Disney Investor Slams Company As He Fights to Join Board of Directors