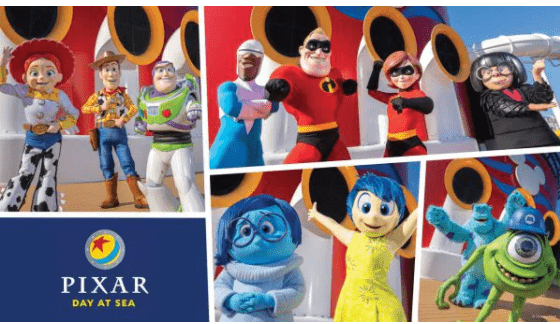 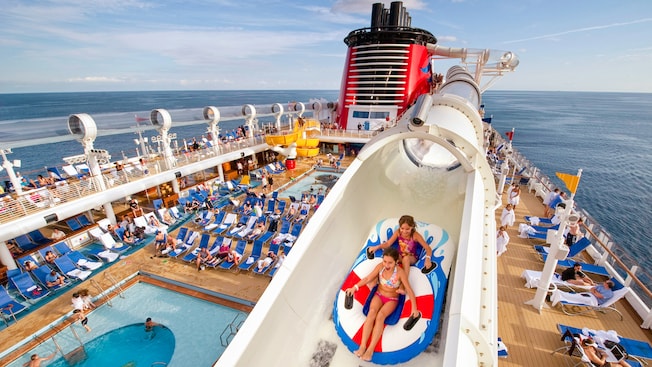 Get ready for PIXAR Day at Sea, beginning in January 2023! The experience will be available on select 7-night sailings aboard the Disney Fantasy and will also include a day-long celebration of everything PIXAR. Who’s your favorite PIXAR character? Wouldn’t it be great to dine, play, dance and sing with him or her? Wow! PIXAR pals, the Caribbean, and Disney Cruise Line! What could be better?

RELATED: Wife is determined to set sail with Mickey, and she’ll do whatever it takes!

This exciting experience is only available to Disney Cruise Line Guests and only on select cruises aboard the Disney Fantasy beginning next year!

Other exciting features of PIXAR Day at Sea include a PIXAR film festival, special photo opportunities with a PIXAR theme, and exclusive merchandise you’ll only find aboard ship! But that’s not all. According to Disney Parks Blog, the fun doesn’t stop there and also includes the following:

“From morning until night, your family will dance, play and interact with your favorite Pixar pals, including Woody, Buzz Lightyear and Bo Peep from Toy Story, Mike, Sulley and Boo from Monsters, Inc., Joy and Sadness from Inside Out, Dug and Russell from Up and everyone’s favorite supers, Mr. Incredible, Elastigirl and Frozone from The Incredibles.”

Get a sneak peak in this TikTok video from Disney Cruise Line:

RELATED: “Empathy and Integrity”: Here’s how a “geeky kid from Minnesota” saved PIXAR from its former chief’s scandal

Disney Cruise Line’s PIXAR Day at Sea will also be included on select 9-night itineraries aboard the Disney Fantasy from January 2023 to March 2023. Destinations for these cruise itineraries will include ports like Tortola, St. Thomas and San Juan, Puerto Rico in the Eastern Caribbean and Cozumel, Mexico, Grand Cayman, and Falmouth, Jamaica in the Western Caribbean. Each cruise also includes a stop at Disney’s private island, Castaway Cay.

2022-01-25
+Becky Burkett
Previous: Eating Vegan at Downtown Disney’s Sit-Down Restaurants
Next: Raise your hand if you’ve done the Wonderful Walk of Colorful Cuisine at EPCOT’s Festival of the Arts!