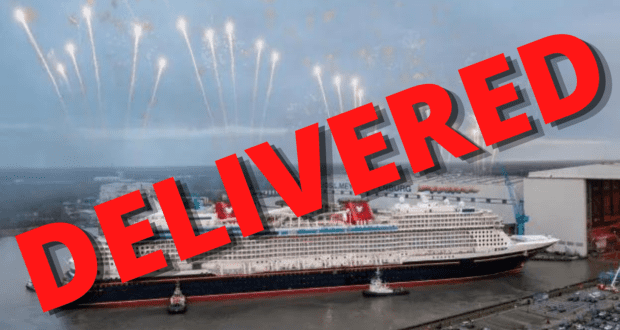 There’s been a lot of “wishing” going on at Disney Cruise Line, and on Thursday, something spectacular happened! Not only did the Cruise Line‘s wish come true, but the Disney Wish finally came to the Cruise Line as Disney finally took delivery of the ship.

RELATED: Set Sail for $44,000: The brand-new Disney Wish cruise ship by the numbers 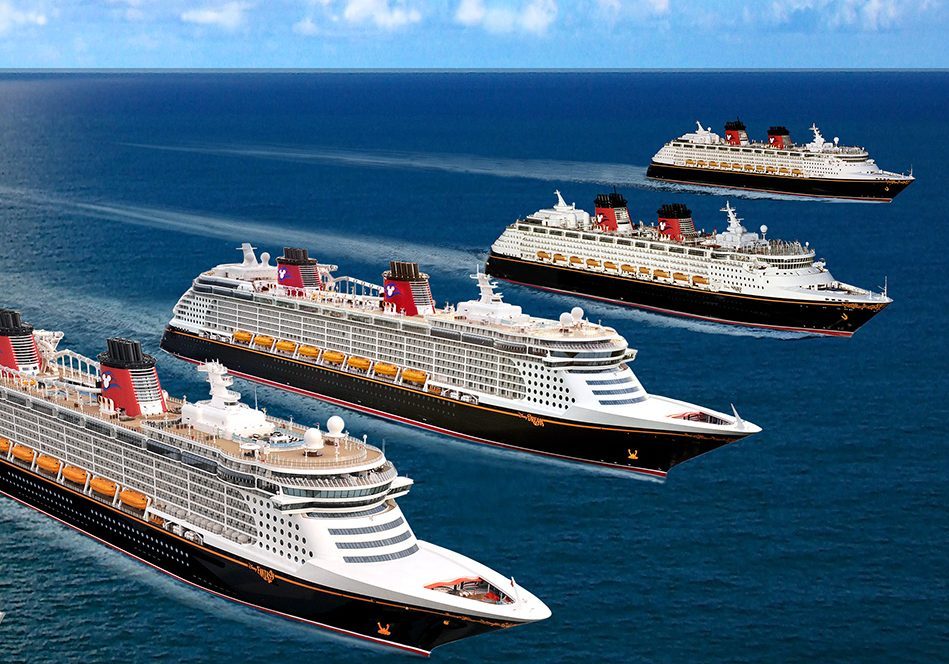 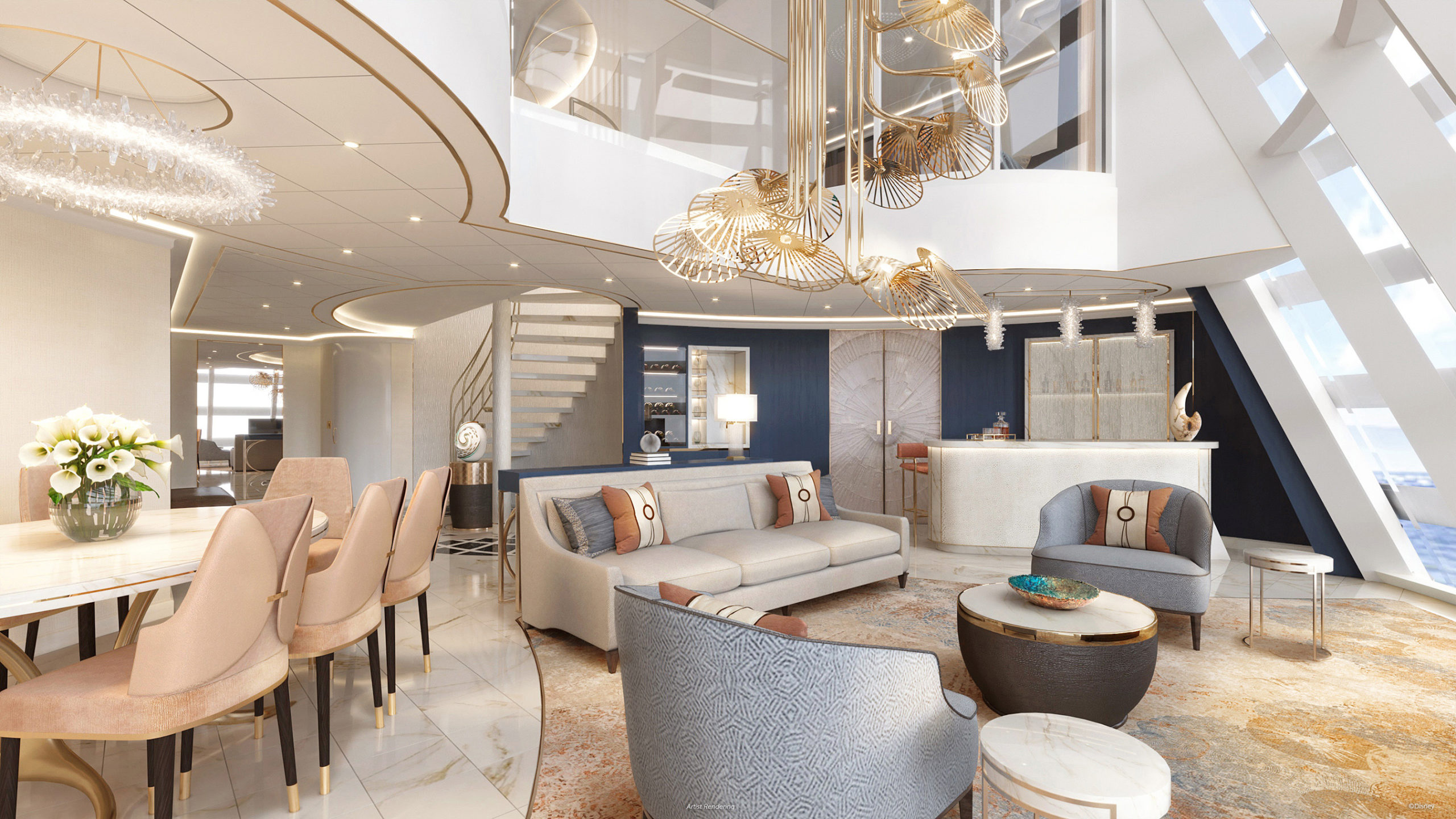 She features the impressive Wish Tower Suite, a suite inside one of the funnels of the massive new ship, as well as a Disney Frozen dining adventure and other adventures with unique Marvel Cinematic Universe and Star Wars themes.

On Thursday, during a maritime ceremonial event in Bremerhaven, Germany, Disney Cruise Line took delivery of the Disney Wish, which is the final milestone in the construction of a new cruise ship, which first began more than two years ago in Germany at the Meyer Werft shipyard. Thanks to the visionary prowess of Disney Imagineering and the hard work of thousands of shipyard employees, the Disney Wish has finally become a reality.

RELATED: The MS Disney Wish vs. the RMS Titanic As part of the event, the Meyer Werft flag on the Disney Wish was lowered, and the Disney Cruise Line flag was raised on the ship.

As a gift, Disney Cruise Line gave Meyer Werft a beautiful Cinderella statuette in commemoration of the life-sized bronze Cinderella statue that stands in the Grand Hall of the Disney Wish as a welcoming beacon to Guests as they board the ship. 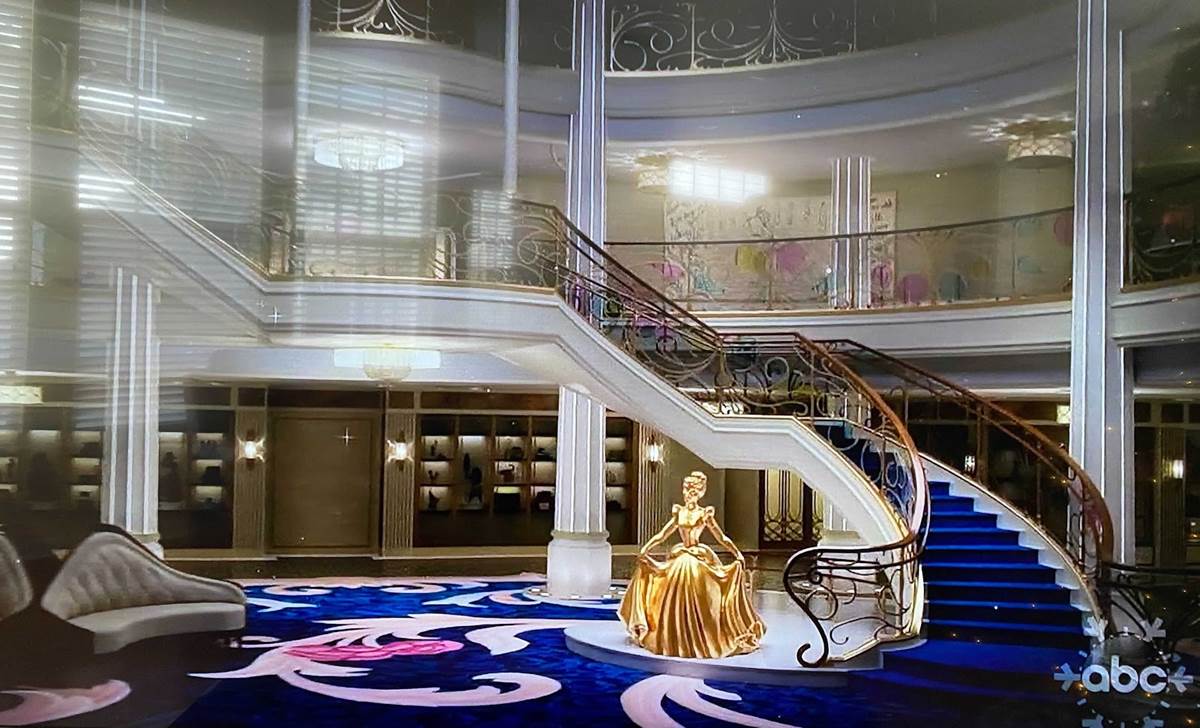 Cinderella has long been a symbol of wishes coming true and becoming reality.

Shortly after the conclusion of the ceremony, the captain of the Disney Wish, Captain Marco Nogara, took his place in preparation for the ship‘s long journey from Bremerhaven, Germany, to Port Canaveral, Florida, which will serve as her home port.

She is expected to arrive early on the morning of June 20, though she will not set sail on her maiden voyage until July 14.

According to Disney Parks Blog, the Disney Wish is a spectacular first for Disney Cruise Line:

“The Disney Wish, the fifth ship in the Disney Cruise Line fleet, introduces a brand-new, distinctly Disney design concept unlike anything at sea. The motif of enchantment – found at the heart of so many beloved Disney stories – is the architectural and thematic foundation of the ship‘s design, weaving imagination, emotion, and adventure into the very fabric of the vessel’s unique personality. The ship features new spaces and experiences infused with more Disney storytelling than ever, bringing to life the fantastical worlds and beloved characters at the heart of Disney, Pixar, Marvel Cinematic Universe, and Star Wars adventures like never before.”