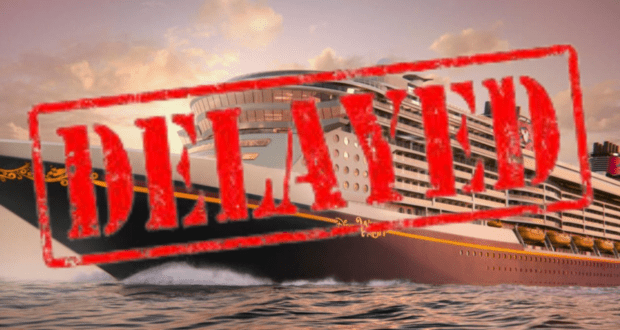 Disney Cruise Line has just announced that it is delaying the debut of its newest ship, the Disney Wish, at Port Canaveral this summer.

The newest member of the Disney Cruise Line fleet was first announced in 2019 and was originally to begin carrying passengers in January of 2022, but because of the pandemic, construction of the giant floating Disney getaway was delayed. The most recent date announced for her maiden voyage was June 9, 2022, but citing delays at the Meyer Werft shipyard in Papenburg, Germany, the Disney Wish now has a debut date of July 14, 2022. 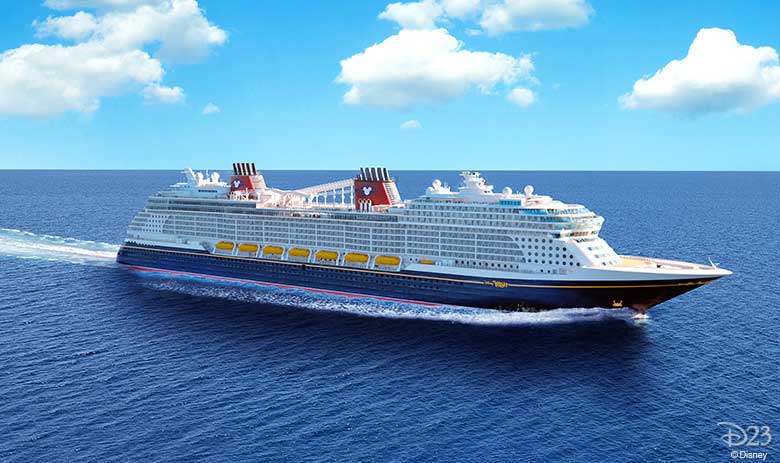 “We know how much our Guests are looking forward to sailing on the Disney Wish, and we understand the disappointment and inconvenience this will cause,” said Disney Cruise Line President Thomas Mazloum in a press release. “We treasure the relationship we have with those who sail and make memories with us, and we will work closely with those affected to welcome them aboard in the future.”

The new delay means that the first 12 sailings offered aboard the Disney Wish have been canceled. Now Guests will need to either rebook or request a refund. Disney Cruise Line is offering Guests impacted by the cancelations a 50% discount on any booking through December 31, 2023.

Construction on the giant ship first began in 2020 at the shipyard. The Disney Wish boasts a first-of-its-kind 2,000-foot suite inside one of the ship’s iconic red funnels (as seen below). The Wish Tower Suite can sleep up to 8 Guests on two stories, and it has 4 1/2 bathrooms. 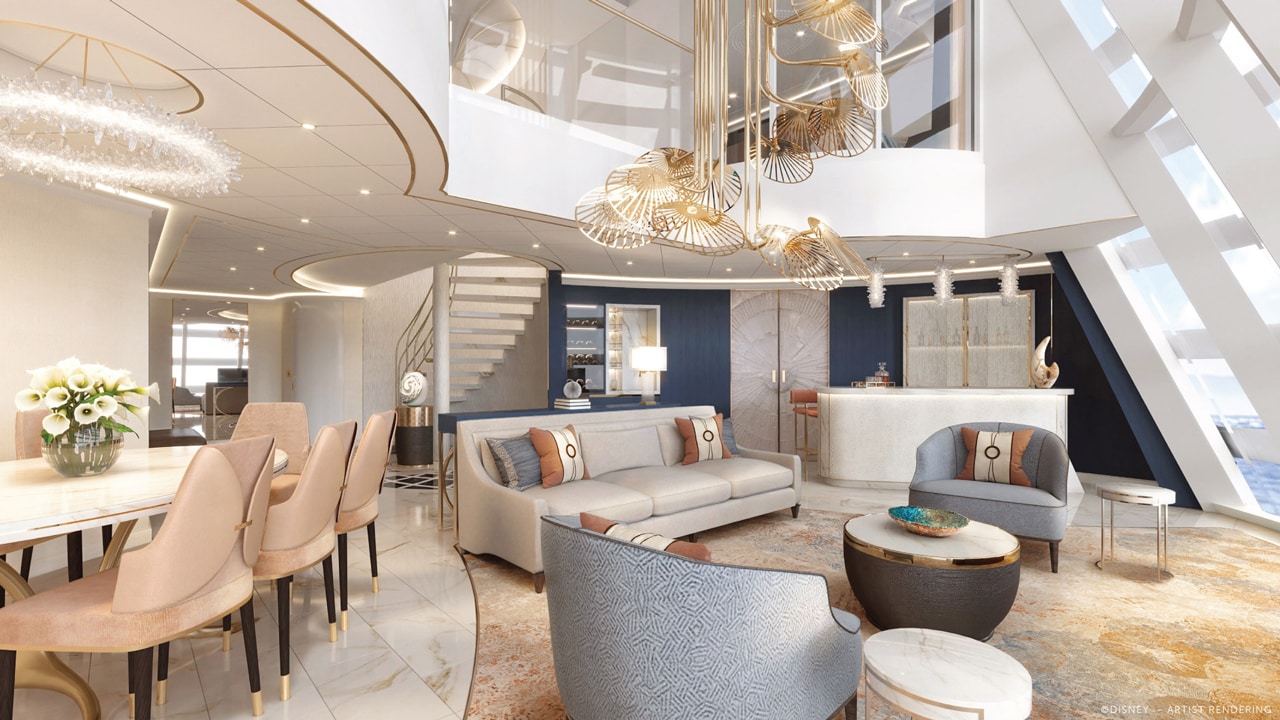 The Disney Wish, however, weighs a hefty 135,000 gross tons, is 341 meters (1118.8 feet) long, and is 41 meters (134.5 feet) wide. She stands a Goliath 221 feet tall, and has 15 decks–10 of which have cabins–and 1,254 staterooms, including 53 concierge staterooms and 23 concierge suites, and can accommodate around 4,000 passengers. More than 900 of those cabins connect to one another to make traveling with families and other large groups more enjoyable.

The Disney Wish’s sisters are set to take over from the Disney Dream the three- and four-night voyages to the Bahamas. Those sailings include stops at Disney’s Castaway Cay. The Disney Dream will be moving to Miami on June 7, 2022, and the Disney Fantasy will remain at Port Canaveral, offering seven-night sailings to Guests.