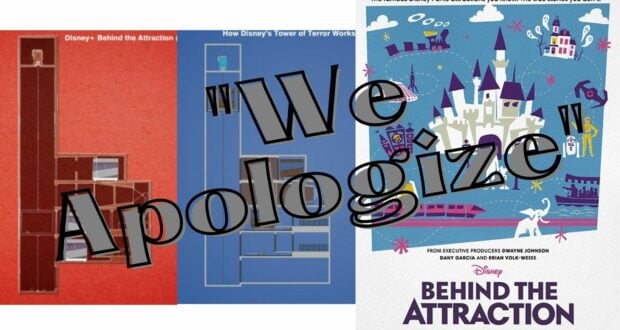 Disney, production company apologize to YouTuber for using his artwork without permission

Well, that was fast.

An accusation of copyright infringement, followed by an admission of guilt and apology, and all in a matter of days.

Over the weekend, we brought you the story of James St. Onge, the gentleman who has a background in engineering and is an avid theme park fan, who has a YouTube channel called Art of Engineering. Two years ago, St. Onge made renderings of the inside of the Tower of Terror attraction at Disney World to illustrate how the ride functions. 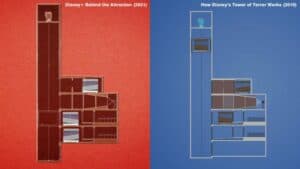 And then, thanks to the keen eyes of many of his followers, he was made aware of eerily similar artwork used on the Disney+ series, Behind the Attraction, which takes an in-depth look at many of the attractions at Disney Parks, including their history, development, and construction.

Once St. Onge took a look at the Behind the Attraction episode that allegedly showcased his renderings of the Tower of Terror’s inner workings, it became clear to him that his work had, in fact, been used without his permission. 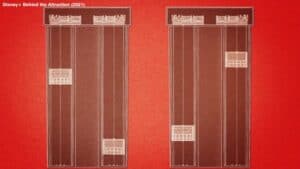 DisneyDining.com was among the first outlets to report on this story, and many other outlets did the same. St. Onge reported his findings and impressions to his followers on his YouTube channel, and apparently, these cumulative efforts gave the controversy a megaphone.

James St. Onge took to his tweeted today that he had received a phone call from Brian Volk-Weiss, one of the directors of the Behind the Attraction series and the CEO of the Nacelle Company. St. Onge says that Volk-Weiss reached out to apologize.

I just had a productive phone call with Brian Volk-Weiss, director of 'Behind the Attraction' and CEO of The Nacelle Company.

He took full responsibility for the Tower of Terror situation and offered a genuine apology on behalf of Disney, Nacelle, and Seven Bucks Productions.

St. Onge says that Mr. Volk-Weiss accepted full responsibility for the indiscretion and made the apology on behalf of his company, Nacelle, Seven Bucks Productions and Disney. 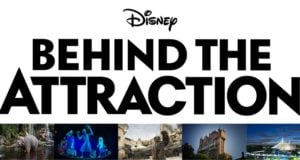 Per St. Onge, Mr. Volk-Weiss further explained the missteps and unfortunate chain of events that led to the use of St. Onge’s work without his permission.

St. Onge further tweeted that the designer who was originally credited in the episode had nothing to do with the situation whatsoever.

I also want to add that Jeremy Samples (credited for graphic design on the series) was not involved with this incident.

I am told that my work was copied due to a chain of mistakes in the production process, and Brian has taken full responsibility as the director.

The final result sounds like a happy ending for St. Onge, as his name will now appear at the end of the “Tower of Terror” episode of Behind the Attraction so that he receives the credit for the renderings he produced.