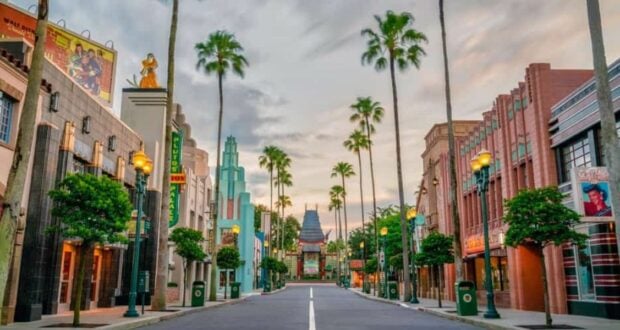 It’s common to find one or two attractions “temporarily closed” throughout the Walt Disney World Resort theme parks. But, one Disney Park attraction has oddly remained closed for its 8th day in a row.

With the high Park ticket price tag, Disney Park Pass Reservation requirement, and more, it’s no secret that in-depth planning of a Walt Disney World vacation is a must-do. Spontaneous can be fun, but sadly, it is a thing of the past when visiting Magic Kingdom Park, EPCOT, Disney’s Hollywood Studios, or Disney’s Animal Kingdom Park.

One piece of the planning puzzle is reviewing Disney’s refurbishment calendar to be in the loop on which attractions may not be available for your upcoming visits, such as Splash Mountain’s permanent closure soon or the Disney Skyliner transportation being unavailable during parts of January.

And while we expect the unexpected “temporarily closed” hiccups to occur as rides break down, an attraction that isn’t scheduled on the refurbishment calendar but keeps getting listed as “temporarily closed” day after day in the My Disney Experience App makes planning a Disney Park visit a little more complicated.

For the 8th day in a row now, Lightning McQueen’s Racing Academy at Disney’s Hollywood Studios is listed as “temporarily closed” in the My Disney Experience App. Despite the attraction’s webpage listing operating hours, the show building has remained unexpectedly shuttered since December 28, 2022.

Now, Guests rushing to Twilight Zone Tower of Terror or Rock ‘n’ Roller Coaster on Sunset Boulevard have no reason to stick around that portion of the Park to visit Lightning McQueen.

Rumors are swirling about why Lightning McQueen’s Racing Academy faces its 8th day of closure.

Is one of Cars animatronics malfunctioning, such as the large Lightning McQueen which is the show’s star? Is Disney planning to use the attraction space during the Rock ‘n’ Roller Coaster refurbishment coming soon?

While yes, the rumor mill is swirling, unfortunately, there are no clear answers just yet as to why Lightning McQueen, Tow Mater, and other Cars friends have gone quiet at Disney’s Hollywood Studios.

If you’ve never experienced Lightning McQueen’s Racing Academy, the family-friendly attraction welcomes “Aspiring Racers” to “Learn what it takes to be a champion racer from the legendary Lightning McQueen.”

We’ll keep Disney Dining readers posted as we learn more about the gang from Radiator Springs and when Lightning McQueen will once again be gearing up for the race.