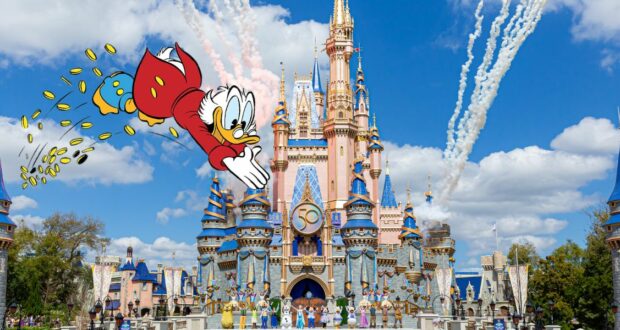 Take note, Disney fans! Walt Disney World Resort has officially implemented its new theme park-specific ticket pricing as of Thursday, December 8, 2022. And yes… it comes with a price hike. Here’s what this will look like for the ticket purchasers.

Now, not only will pricing for single-day tickets vary by date, but they will also vary by the Disney Park selection.

Under the new pricing system, Guests selecting a 1 day 1 Park ticket will want to shop for which Disney Park they feel will work cost-wise for the day they plan to enjoy the Park.

Walt Disney World has provided ranges for the new implementation of the Park specific pricing for each of its four Parks as follows:

Under these new ranges, the only Disney Park NOT to see a price increase is Disney’s Animal Kingdom. This also pushes the most popular Park, Magic Kingdom, to its most expensive single-day Park ticket at $189.

RELATED: Step One of Disney’s Plan to Price Out the Middle Class Has Failed

How to Check Specific Day

Ready to snag your Disney World tickets? Visit the Walt Disney World website. Here Guests purchasing a ticket will be asked to select which day they will be using their 1-day ticket.

With these new Park price ranges, Guests are then asked to select which Park they will be visiting.

RELATED: Sorry, Iger is NOT Going to Get Rid of Disney Genie+

In addition to this single-day purchase, Guests can upgrade to a Park Hopper (hop to other Disney Parks after 2:00 p.m.) or Park Hopper Plus option (adds a Water Park ticket).

Keep in mind, after a ticket selection, the system will prompt Guests to make a Disney Park Reservation, which with a valid ticket is required to enter the Park.