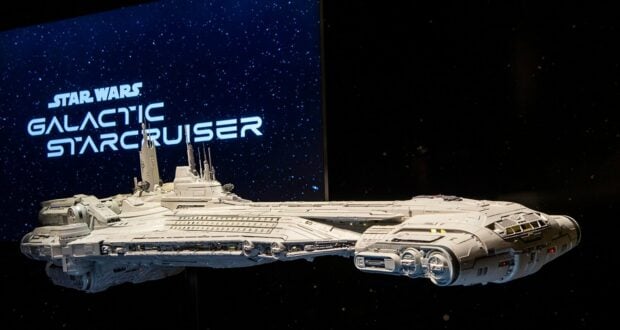 Disney Is Giving Away a Free Stay on the Galactic Starcruiser BEFORE It Opens!

If there is one thing Disney is always trying to do, it is creating new, one-of-a-kind experiences for its Guests at its theme parks around the world. Beginning in March 2022, Guests will be able to board the Star Wars: Galactic Starcruiser for a 2-day completely immersive experience. The Galactic Starcruiser — named Halcyon — will feature amazing things like Lightsaber Training, a planet excursion to Batuu — located in Hollywood Studios — and unique dining options. 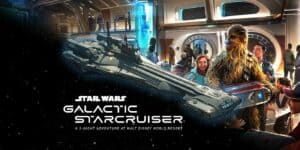 As part of the ongoing “Star Wars Bring Home The Bounty” campaign, Lucasfilm Consumer Products is partnering with Walt Disney World Resort and Lucasfilm Publishing to give one lucky winner the ultimate adventure: a chance to win a 2-night experience on the Star Wars: Galactic Starcruiser before it opens in March 2022, and an exclusive meet and greet with the authors of  “Star Wars: The High Republic.”

By entering the Star Wars Bring Home the Bounty: Galactic Starcruiser Sweepstakes, one lucky grand prize winner will receive round-trip airfare for up to four individuals to Orlando, Florida for a 4-day/3-night vacation to Walt Disney World Resort, including a 2-night experience on a test voyage of the Galactic Starcruiser in February 2022. The winner of the grand prize will also get to experience a separate meet-and-greet opportunity with all five authors of “The High Republic” books and comics. 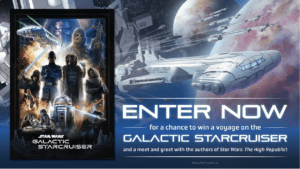 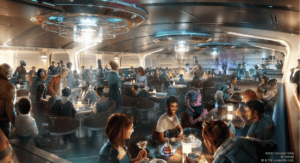 The Galactic Starcruiser sweepstakes is open now through December 14, so make sure to enter as soon as possible, as the entry window is not very big. The winners will be announced during a special Star Wars: The High Republic livestream that will take place on January 4, 2022.

2021-12-07
Krysten Swensen
Previous: Here’s What Experiences Are Returning to EPCOT International Festival of the Arts This Year
Next: Disney pays this woman to help pirates and ghosts put on their clothes 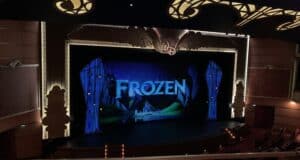