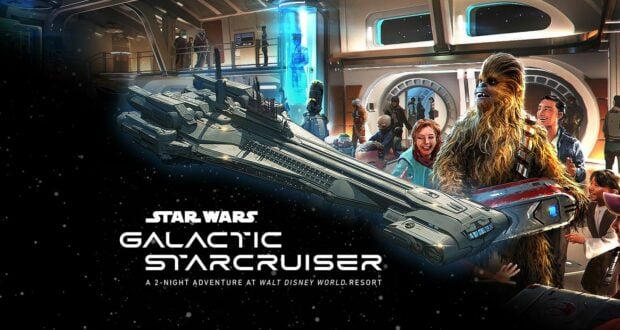 Don’t put down your phone. Don’t step away from your computer. Don’t close your laptop.

Not yet anyway! We’ve got more details about the Star Wars: Galactic Starcruiser than you can shake a lightsaber at!

DisneyDining had the opportunity to sit down one-on-one with Ann Murrow Johnson, Executive Producer and Creative Director for the Starcruiser, and wow! Do we have some details to share with you, so let’s get to it! 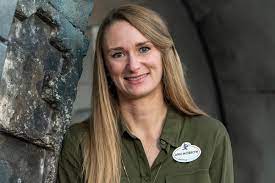 Ms. Johnson was very excited to share with us that the experience aboard the Galactic Starcruiser is the very first of its kind.

Ms. Johnson says that Guests will “play a role” and “choose their path” aboard the Starcruiser, which immerses Guests into the Star Wars experience–but only as much as they want to be immersed. Each “path” a Guest chooses determines what comes next in her or her adventure. 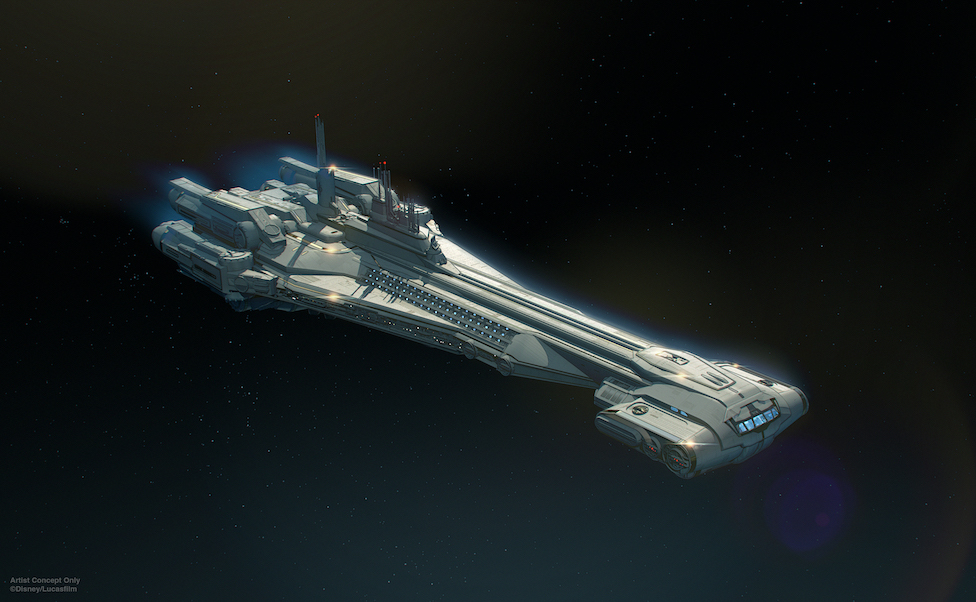 It’s a bit difficult to fully imagine something we’ve only been able to piece together in our minds’ eyes with information we’ve read from Disney and with the few tiny sneak peeks we’ve seen along the way.

So Ms. Johnson helped us with a little comparison between Star Wars: Galaxy’s Edge and the Starcruiser.

She says that Galaxy’s Edge is the “wild, wild west version” of the galaxy far, far away, and that we should think of the Galactic Starcruiser as “swanky” and “high-class.”

A visit to Batuu at Star Wars: Galaxy’s Edge is a planned part of the experience. Think of it as a shore excursion on a Disney cruise–Star Wars style.

She went on to share that foodies will not be disappointed by the Starcruiser, as chefs from the outer reaches of the galaxy are aboard the Starcruiser and have worked tirelessly to create palate-pleasing exclusive eats with “very little overlap” into other areas at the parks.

The unique, otherworldly, culinary experience is not one to be missed!

The Starcruiser experience allows Guests to book a minimum 2-night adventure. Guests will spend those two nights living out a story, whether they want the “totally immerse me in everything you have to offer” experience or the “I’d like to observe from back here” experience (or anything in between).

In other words, the experience is suitable for all levels of Star Wars fans!

Oh, and about those Star Wars characters: Ms. Johnson says we can expect to see Chewy, Rey and Kylo Ren, but the best part? Wait for it. . . .

Ms. Johnson and her team have worked with LucasFilm to bring brand-new characters into the experience! It’s just another one of the many details that makes the Star Wars: Galactic Starcruiser experience a truly one-of-a-kind, never-before-seen experience.

Initial boardings will be accepted beginning October 28, and the all-new experience will serve passengers aboard the Starcruiser beginning March 1, 2022.