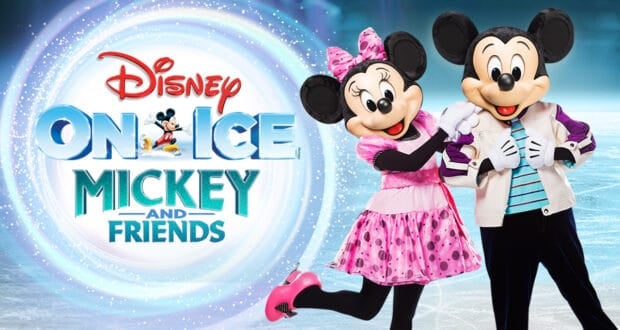 Can’t get to the parks this week? That’s ok! Let’s get tickets to Disney on Ice!

Lots of people are flocking to the parks this week to take part in the first day of the 50th anniversary celebration of the opening of Walt Disney World.

There’s hoopla galore, but if you can’t make it to the parks this week, don’t worry! We’ve got all the details and info about Disney on Ice! So sit back, relax, read a bit about this season’s shows, and then get your tickets early!

Shows on Ice this Season

Disney never disappoints when it comes to offerings of variety. And Disney on Ice is no different. The 2021-22 season so far includes the following shows, depending on where you live and what you’re most interested in seeing:

Dream Big – This show mainly features beloved Disney princesses, such as Princess Anna and Queen Elsa from Disney’s Frozen and Moana from the 2017 animated film of the same name. 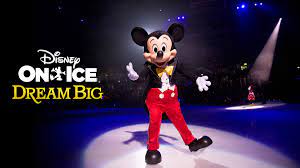 Mickey’s Search Party – This show on ice stars Mickey Mouse, along with Minnie, Donald, and Goofy. Fans will also get to enjoy characters from PIXAR’s Coco and Toy Story, as well as from Disney’s The Little Mermaid in an exciting interactive adventure experience that’s fun for the whole family.

Let’s Celebrate! – In this show, Mickey Mouse and Minnie Mouse enjoy celebrations of different holidays. Fans will also get to see Alice from Disney’s Alice in Wonderland and Project 626 himself, Stitch from Disney’s Lilo and Stitch. 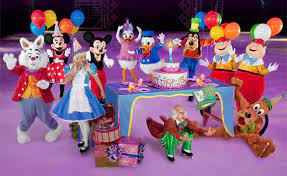 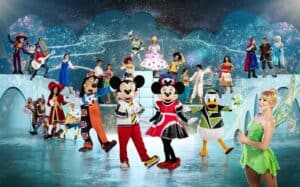 Mickey and Friends – In this show on ice, fans will enjoy Mickey Mouse, along with Moana, Dory from PIXAR’s Finding Dory and Finding Nemo, as well as many of fans’ most favorite Disney Princesses. 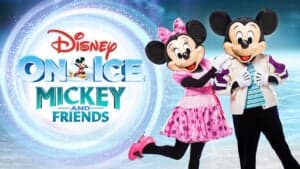 Into the Magic – This show doesn’t start until January 2022; as such, tickets aren’t on sale quiet yet, but the cast is amazing and will include Snow White, characters from Disney’s The Little Mermaid, and Aladdin.

Related: Actress who plays Ariel in live-action remake of The Little Mermaid says it will be “worth the wait”

So, where can you purchase tickets?

Tickets for all shows that are currently on sale are available through several different venues. Disney’s official ticket partner is Ticketmaster. You can also find tickets for seats through resale venues like StubHub, Vivid Seats, Ticket City, and SeatGeek.

Find a full calendar of the Disney on Ice line-up on any of these venues’ sites. Per Disney’s site, anyone aged 2 years or older who attends a show must have a ticket. Children younger than 2 years old are free, assuming they sit on the lap of a parent or guardian.