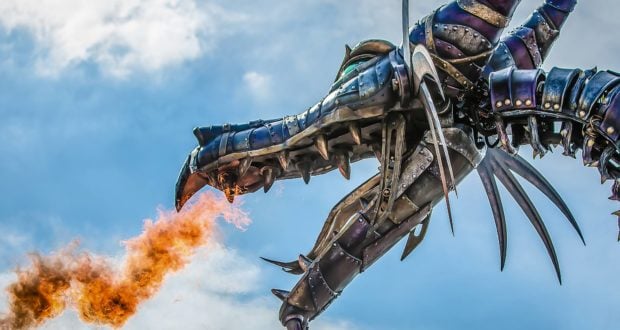 Exciting news coming out of Disney! After the long-anticipated wait, we have finally learned the return date for the beloved “Festival of Fantasy” Parade at Walt Disney World’s Magic Kingdom Park!

We previously shared the big news that Disney would be returning the fan-favorite parade to Magic Kingdom Park once again. Along with the news of the Festival of Fantasy Parade returning in 2022, Disney also shared that other experiences such as Fantasmic! at Disney’s Hollywood Studios would be making a comeback, along with a reimagined Finding Nemo: The Big Blue… and Beyond at Disney’s Animal Kingdom.

RELATED: New Pixar Character Coming to Magic Kingdom (As Well As Others!)

Don’t wait to grab those Magic Kingdom Park Passes as Disney Parks Blog has announced, “As you may know, that’s not the only much-anticipated offering coming to the parade route. I’m so excited to share that the beloved Disney “Festival of Fantasy” Parade returns to Magic Kingdom Park beginning March 9 – the anniversary of the debut of the parade in 2014!”

We love that the parade is returning on its anniversary! Disney continues to share the excitement of Festival of Fantasy’s return with:

“Dazzling guests since its debut, the Disney “Festival of Fantasy” Parade features beloved characters from “The Princess and the Frog,” “Tangled,” “Peter Pan” and more bringing their individual stories to life on enchanting floats that look as though the characters themselves had a hand in crafting them. Looming 26 feet above the parade route and 35 feet in length, the fire-breathing Maleficent Dragon float returns just as menacing as ever. We’re delighted to have this show-stopping beauty be a part of our glittering assemblage.“

YES! You read that right! The stunning Maleficent Dragon float WILL return despite previous rumors that it was gone for good.

Are you making plans to visit Magic Kingdom on March 9th to watch the Festival of Fantasy Parade? Let us know in the comments!

2022-01-27
Jamie Sylvester
Previous: New Theme Park at Universal Studios Orlando Opening Summer 2025
Next: Miguel from PIXAR’s “Coco” is coming to Magic Kingdom (along with some other Disney pals we haven’t seen in a while)