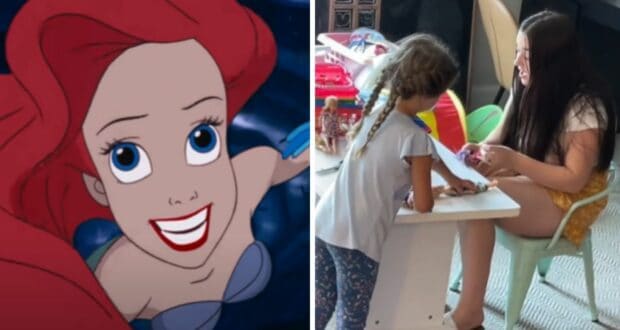 ‘All I see is beauty’: Mom mistakes babysitter’s voice for Disney video, gains millions of views

If you have little ones, you know the importance of picking the right nanny or babysitter. She must love children, exhibit patience with them, be able to keep calm in any and all (including emergency) situations, and be honest with you and attentive to your children and their needs.

And it doesn’t hurt if she has the angelic voice of a Disney princess.

But when mom Nicki Maher from Somerset, Massachusetts, first hired Delaney Wilson to babysit her children, she couldn’t have known about the talent that was hiding behind Delaney’s young face and her love for children. In addition to being excellent with Nicki’s daughter, Delaney has a phenomenal singing voice. 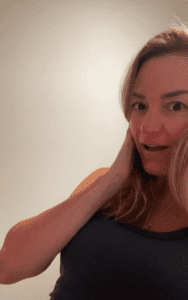 The first time Nicki (@nickiunplugged) heard Delaney singing, she mistook Delaney’s voice for the voice of a Disney princess from a Disney movie playing on the television in the Mahers’ home. Take a listen, and you’ll think the same thing!

Nicki uses on-screen text to explain that she is impressed with Delaney (@delaneyreneemusic) and her voice and has tried to encourage her to get her voice “out there more.”

The entire video takes place without Delaney realizing she was on camera. She and Nicki’s daughter continue to play with dolls while Delaney sings her version of “Part of Your World” from Disney’s The Little Mermaid.

Delaney’s voice is beautiful, but, Nicki explains, “[Delaney] gets discouraged about the way she looks in her videos.”

Nicki doesn’t see why; she further explains in her video that when she sees and hears Delaney, all she sees is beauty. “So do my kids,” Nicki says. 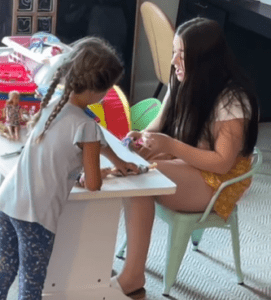 The video was first posted over the summer, but since then, it’s obvious that Nicki’s efforts have paid off. Delaney’s voice has had quite the audience. The video has now amassed more than 3.2 million views on TikTok.

“Let’s show her some love,” Nicki entreats viewers, “so I can get her to sing for us more!”

Here’s hoping Delaney’s popularity continues to grow and that someday she signs with Disney, perhaps playing the role of a Disney princess in a live-action remake! What a talent!