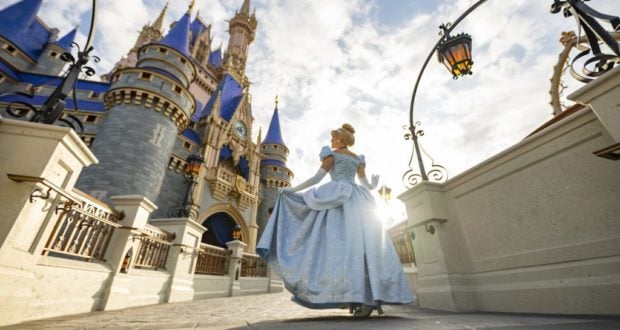 The Disney Princesses & What Makes Them Extra Special

Do you have a Disney Princess fan in your house?  Do you find it hard to keep all of Disney’s loveable heroines straight (there certainly are quite a few)?  If you find yourself in need of a crash course on just who the official Disney Princesses are, when they debuted, and where you can watch them in action, look no further!  Oh, and before you notice a couple of glaring omissions: Frozen’s immensely popular Elsa and Anna are not officially referred to as Disney Princesses (by the end of the second movie, they’re both queens, not princesses, anyway!).

Enjoying the distinction of being the very first Disney Princess, Snow White started things off in 1937 in the classic film Snow White and the Seven Dwarfs.  She’s a gentle soul who loves singing and animals (and often, singing to animals).  Her best friends are the Seven Dwarfs, whom she mothers.  Predictably for this era, Snow White spends more time dreaming than making her dreams come true, but her Tudor-era apparel would make her a hit at any Renaissance festival.

It was more than a decade later that the next Disney Princess, Cinderella, made her appearance in 1950’s film by the same name.  Like Snow White, Cinderella is also a dreamer, and also befriends animals – her adorable mouse friends help cheer her up as she performs the endless chores she’s forced to do by her stepmother.  Though she lives a pretty wretched life, she’s unfailingly optimistic.

With only 18 spoken lines in her entire movie (1959’s Sleeping Beauty), Aurora is by far the least vocal of all the Disney Princesses.  Still, her singing voice is what enchants her prince, and she continues the Disney Princess tradition of being able to talk to animals.  Her forest animal pals and the three fairies who raised her are her family.

No other Disney Princesses were introduced until 1989, at which point Disney made up for lost time with Ariel’s debut in The Little Mermaid.  For the first time, viewers were treated to a rebellious princess who loved adventure and exploring, along with her sidekick animals, Scuttle, Flounder and Sebastian.  Ariel’s fondness for all things human instantly endeared her to fans.

Another Disney Princess whose popularity never seems to wane is Belle, from 1991’s Beauty and the Beast.  Bibliophiles instantly loved Belle’s penchant for reading, libraries and learning, and Belle’s independent spirit combined with a heart of gold continue to make her a favorite.

The year after Beauty and the Beast was released, audience members were introduced to their next Disney Princess: Princess Jasmine, from 1992’s Aladdin.  Yet another headstrong princess who is not afraid of speaking her mind, Jasmine delighted us all with her disguised exploits into Agrabah – and of course, with her trusty tiger companion, Rajah.

Released on the 400th anniversary of the real Pocahontas’ birth year, 1995’s Pocahontas gave us our next Disney Princess.  Whether she’s swimming, canoeing or hanging out with her animal friends, Pocahontas is a serious nature-lover with an open mind that sets her drastically apart from most of the characters in the film.

1998 took us to China to meet Mulan, perhaps the fiercest Disney Princess yet (who, incidentally, was the first princess to not actually be a princess at all, either by birth or by marriage).  Mulan’s loyalty and devotion to her family, not to mention the fact that she successfully trained as a soldier while undercover as a man, set her apart from the pack.

The next Disney Princess hailed from New Orleans, and dreamed of opening up her own restaurant.  Tiana debuted in 2009 in Disney’s The Princess and the Frog, an adaptation of a classic fairy tale.  In addition to being a great cook, Tiana is also patient and resilient.

The movie Tangled arrived in 2010, along with high-spirited Princess Rapunzel.  Boasting a predictable mane of long blond hair, Rapunzel has been locked away in her tower for years, leaving her plenty of time to hone skills as diverse as baking, reading, painting, and dancing.

Moana became the first Disney Princess since Mulan to give her name to the title of her movie in 2016.  Hailing from Polynesia, Moana is a free spirit who loves the ocean, and is determined to save her people by undertaking a dangerous quest.  Her animal sidekicks, a not-so-bright chicken and an adorable pig, are some of the funniest of any Disney Princess!