Last week, The Haunted Mansion actress and comedienne Tiffany Haddish was accused of child sexual abuse and exploitation. A lawsuit was filed by plaintiff Jane Doe and her younger brother — who is still a minor and in her custody — claiming Haddish and fellow comedian Aries Spears coerced her and her brother to perform sexually suggestive acts on camera for the show Funny or Die! when they were both minors. Jane Doe accused Haddish of child sexual abuse on multiple occasions when she was 15 and her younger brother was just 7.

When the lawsuit was first filed, Haddish’s lawyer spoke to The Wrap and said that the claims were “bogus”. Her lawyer also claimed that Haddish has known Jane and John Doe’s mother for years, and this wasn’t the first time they had tried to extort money from her. The lawyer continued to state that Haddish would not capitulate to the “shakedown” and said that they will work to make sure Jane and John Doe — along with their unnamed mother — will not be rewarded for a “frivolous action.”

Haddish has not spoken publicly about the lawsuit, however, on September 5, Haddish released a short statement on her official Instagram page.

I know people have a bunch of questions. I get it. I’m right there with you. Unfortunately, because there is an ongoing legal case, there’s very little that I can say right now. But, clearly, while this sketch was intended to be comedia, it wasn’t funny at all – and I deeply regret having agreed to act in it. I really look forward to being able to share a lot more about this situation as soon as I can. 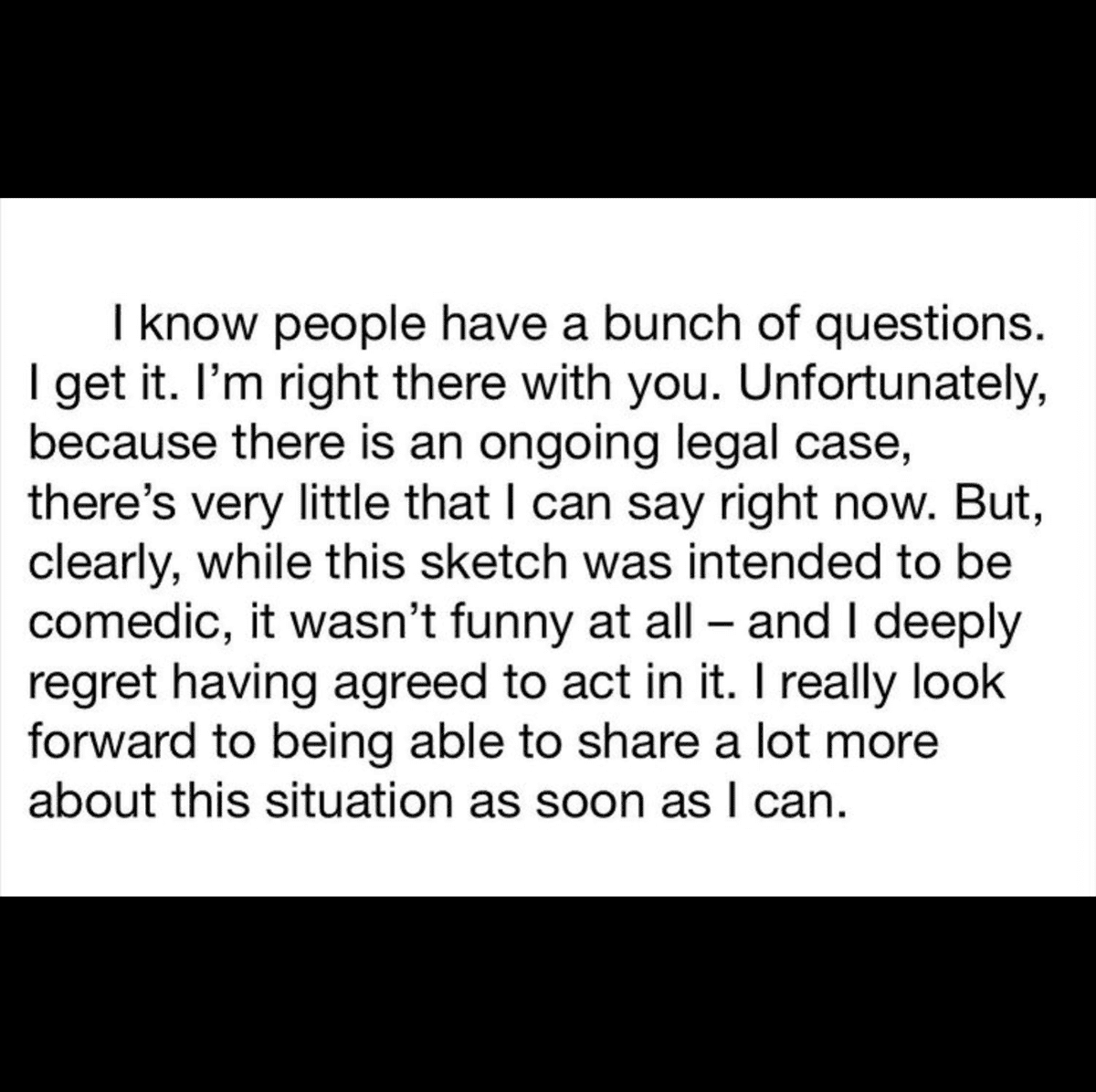 Haddish is very busy these days, working on several projects, including Disney’s newest film, The Haunted Mansion. The Haunted Mansion is scheduled to be released in March 2023 and will star Rosario Dawson as Gabbie, a single mother who moves to an old New Orleans mansion with her young son. Haddish will star in the film as a woman named Harriet.

The Haunted Mansion will also star Jared Leto as the Hatbox Ghost, Danny DeVito as a college professor, Owen Wilson as a priest, Chase Dillon as Gabbie’s son, and Jamie Lee Curtis as Madame Leota.