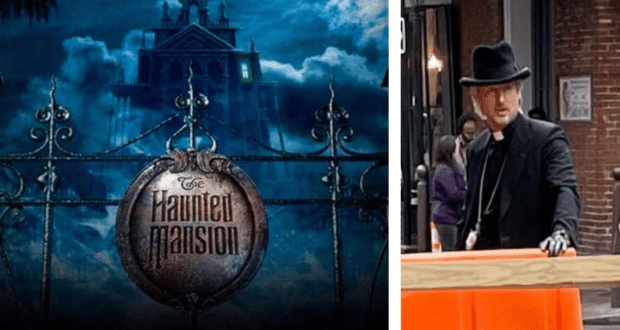 Foolish mortals and Owen Wilson fans alike can finally get a glimpse of the role the actor will play in Disney’s new Haunted Mansion movie, set to be released next year.

According to We Got This Covered, filming for the new take on the Haunted Mansion film began in mid-October 2021, some of it taking place in New Orleans. At that time, Disney advertised for extras interested in being in the new film. 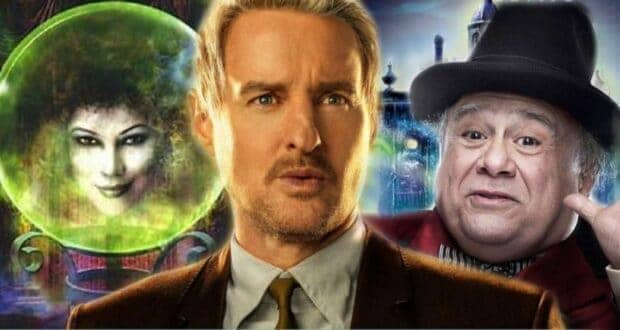 According to NOLA.com, the new film has the working title of Joyride.

Production wrapped up in February of this year. The latest rendition of the film inspired by the Haunted Mansion attraction at Walt Disney World, Disneyland Resort, and other Disney Parks across the globe will serve as the second film adaptation, following the first, which starred Eddie Murphy in 2003.

Owen Wilson first joined the cast of the take-two of the Haunted Mansion film in September 2021, just before filming began. Wilson portrays Kent, a priest who is hired by Gabbie, a single mother played by Rosario Dawson, who just bought a new home. Surprise, the mansion is filled with ghosts, and Gabbie calls on Priest Kent to help her rid her new abode of the unwanted spirits.

This first look at Owen Wilson‘s character was shared on Twitter by user LokiLovesMobius. The photos show Wilson clad in priestly attire, complete with an all-black suit, a collar worn by clergymen, a black hat, and black leather gloves.

Owen Wilson recently! looks like this is his new character (a priest) for his upcoming project, the Haunted Mansion reboot, which will hit the theaters next year! pic.twitter.com/Ri3QRjVmHo

RELATED: Owen Wilson goes too far with the “R” word, sexually suggestive script in a spoof on PIXAR’s “Cars 4”

The photos of Wilson make us hopeful that Disney’s latest version of the Haunted Mansion film will keep to some of the highlights of the original adapted film while adding in some creativity and inspiration from the classic Guest-favorite Disney World and Disneyland attractions. 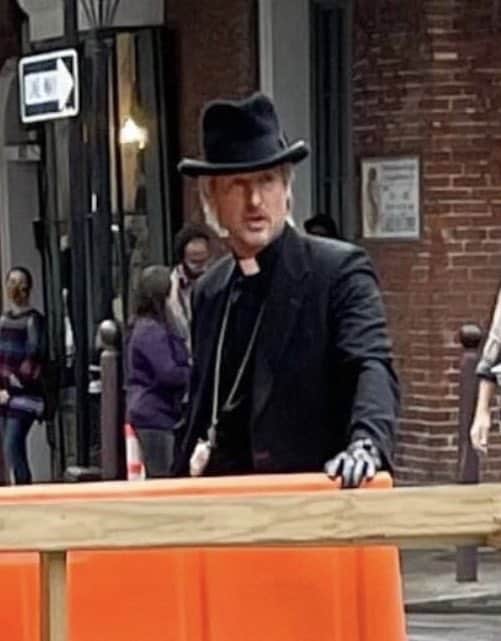 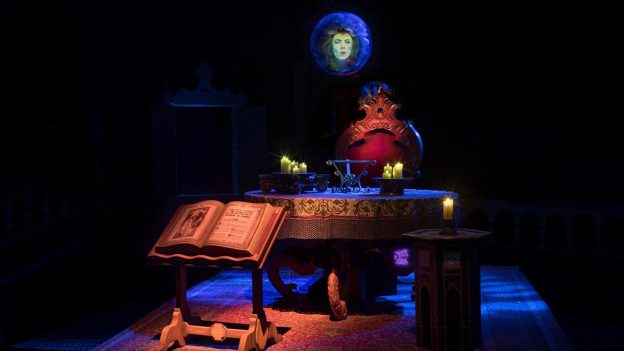 So jump in your doom buggy and catch Owen Wilson, Rosario Dawson, Danny DeVito, Madame Leota, and 999 happy haunts when the new Haunted Mansion movie debuts in theaters on March 10, 2023.