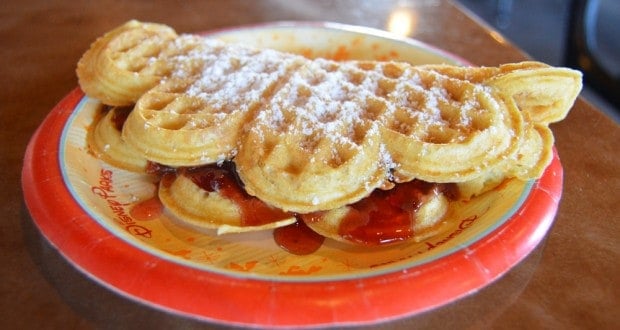 Food is a big part of your Walt Disney World vacation. Here are ten tips to make the most of your snacks!

I know I sound like such a millennial with this one, but I really think you should snap pictures of your snacks. Food is a temporary experience. A photograph will help you remember what you ate on vacation. Don’t just photograph the food itself, but your family eating it. In ten years, you’ll cherish pictures of your kids with ice cream all over their little faces and Cinderella Castle in the background.

9. Make Your Dessert a Snack

This trick works better for guests not using the Dining Plan. Instead of paying anywhere from $5-10 dollars for dessert at a table service restaurant, opt for a just-as-tasty treat at a lower price! World Showcase is a great place to do this. Sure, the restaurant desserts are great, but you’ll save money by ordering your sweets from one of the bakeries like Kringla Bakeri og Kafe, Karamell Kuche, or Les Halles Boulangerie-Patisserie.

8. Be Aware of Queues

The lines for certain snacks can get pretty long (I’m looking at you, Dole Whip line!). In fact, Magic Kingdom has moved around the Dole Whip’s location several times in an attempt to alleviate the traffic congestion this snack causes on warm afternoons. Likewise, the lines for the Starbucks locations will be lengthy in the mornings (just like at home), and ice cream lines will increase as the heat does. You already know to hit up counter service restaurants at off-peak times to avoid the crazy queues, so do the same for the snacks too! The great news is you can now use the Mobile Food and Beverage option on your My Disney Experience App to easily snag a Dole Whip without the line or another snack at multiple Quick Service locations throughout Disney World.

If you have a meal credit or two left over, trade them in for up to three snack credits! You will have to use all those snack credits at the same time, however, but that just means Mickey Ice Cream Bars for everybody!

Have extra snack credits left over? Have extra meal credits? Want to extend the Disney magic after you return home? Don’t want to bring home another coffee mug? Then buy snacks as your souvenirs! My family always goes to the Main Street Confectionary on our last day to buy sweet treats to take home (or for the journey home!). My favorites are gingerbread cookies, and English toffee.

5. Treat Snacks as a Meal

Some snacks are meal in and of themselves. If you like a light breakfast, get a bagel or muffin from your hotel’s cafeteria. Or, split the giant cinnamon roll from Gaston’s Tavern with your family!

We all have a favorite snack at Walt Disney World. For most of us, it’s either School Bread, Mickey Ice Cream Bar, Dole Whips, or popcorn. But how about we all try something new? The Walt Disney World chefs work so hard to create new and exciting treats all year round. Take advantage of their creativity! And then, by all means, return to your tried and true must-haves.

For those on the Disney Dining Plan, you get snack credits built into your meals plan. Don’t spend your snack credits willy nilly. Take a peek at menus online before you leave so you have an idea of what counts as a snack credit, and know that not all are created equally. Just like you shouldn’t waste a snack credit on water, you’re also better off not using one on an apple. It’s just not a good value. Instead, get more “bang for your snack buck” and share snacks, especially on things like a sundae from Plaza Ice Cream Party.

A water bottle counts as a snack credit. Don’t waste it though. Also, don’t spend money on a water bottle from inside the parks, since the price will be hiked up. Instead, just go up to any snack kiosk or counter service restaurant and ask for a cup of ice water.

First and foremost, Bring Your Own Snacks. Yup, into the parks. This is our biggest tip of all. No sneaking, no hiding. You’re totally allowed to bring in your own food. It’s a lifesaver for guests with picky tastes, allergies, or parents who want to curb tantrums. Nothing is easier than pulling a snack out of your backpack. There are just a couple rules: no glass containers, no alcohol, no big, hard-sided coolers. You’ll also be better off if you bring snacks that can withstand the heat, like Goldfish, pretzels, or nuts.

What’s your favorite Walt Disney World snack? Do you have any vacation traditions tied to it? Is there anything you’re dying to try on your next visit? 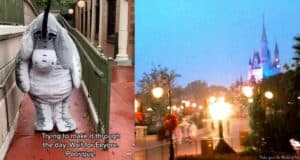 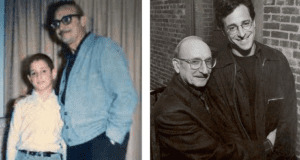 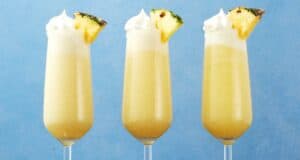