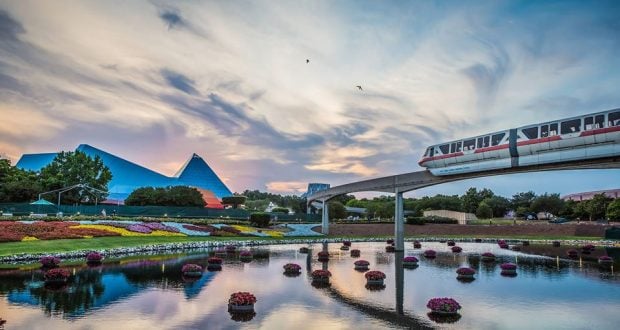 Walt Disney World is always changing and working to improve. Walt Disney himself was quoted as saying, “It’s kind of fun to do the impossible”, and a lot of what we see now on a Disney vacation is proof that Disney can make the impossible happen. It’s fun to dream about changes and expansions that could take place in the future. Here are ten that we’d like to see. Some are more serious than others, but they would all be welcome.

You can never have enough choices when it comes to ice cream, especially on a hot day in Florida. ‘Nuff said. Moving right along…

9. Parking Garages for the Theme Parks

If you’ve ever returned to your car in the middle of the day, you know how hot the interior can get! The parking garages at Disney Springs have solved the problem there. It would be great to see something similar in the theme park parking lots. This could also free up space for more expansions, since the parking areas could be smaller.

The closures of few rides have affected people the way that the announcement that Mr. Toad’s Wild Ride was closing did. You can still see protest T-shirts in the parks, all these years later! Wouldn’t it be fun to bring Mr. Toad and his strange adventure back? A whole new generation would be able to experience one of the most unique themes of any Disney ride, and you wouldn’t have to go all the way to California in order to do it.

Pleasure Island at Downtown Disney used to be for the 21 and up crowd, but that has been closed for years. There are a few places on Walt Disney World property that are only for adults, but they aren’t always easy to get to. A few more nightclubs in strategic places would make a lot of people happy.

It can be boring to wait in line, which is why interactive queues are always a welcome bonus. It would be fun if there were more of them! Maybe they could somehow tie in with the My Disney Experience App; you complete a puzzle in line and something unexpected happens, something like that. Keeping people busy in line will make the waits go faster. While they’re at it, they also need to add restrooms in the queue for some of the popular rides like Flight of Passage. That would make a huge difference for many people.

There is room to add several more countries to World Showcase without changing too much of what is currently there. Rumors float around fairly often that state a new country is in the works. Stop talking about it, and do it.

There are some characters that people want to meet but they are hardly ever in the parks. It would be cool if these were to come out from time to time. Have a character meet for a month, and then the next month change to a different character. Announce the “Character of the Month” way in advance so that people will have a chance to make plans. Local Passholders would love it, and there are some people who would plan their vacations around meeting an elusive character. It would be a win for Disney.

When it comes to roller coasters at Walt Disney World, many of them have the word “family” attached to the description. There is only one coaster at Walt Disney World that goes upside down! There are huge roller coasters at nearby Universal Studios and SeaWorld, and thrill ride fans will take a day away from Disney to ride them. A huge coaster that would rival the other local theme parks could be a smart move. But where would they put such a coaster?

There is plenty of land at Walt Disney World that would be suitable for a fifth park. There have been rumors of a new park for years, but there has never been a shred of evidence to back them up. Instead of having people wish that there was another park, they need to file the plans and start building. It does not matter what the theme would be, it would be a hit. A fifth park would be the perfect place to have a huge roller coaster, to bring back Mr. Toad’s Wild Ride, and to have several ice cream shops. With a parking garage or two it would not even take up too much land. A fifth theme park would be the ultimate expansion.