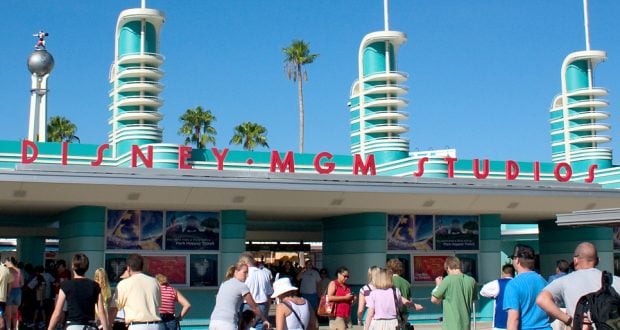 One popular adage tells us that we’re only as old as we feel. This cliché sounds positive, even if a bit unbelievable, but it rings true to Disney fans. Walt Disney World quickly transports you to childhood as you climb aboard Space Mountain or sail through Pirates of the Caribbean. The child in all of us springs to life once we cross the boundary between the mundane world and the one “Where Dreams Come True.”

Still, no matter how young we feel on the inside, the world of Disney has changed so much through the years that our nostalgic memories may remind us just how much we’ve aged. Here are ten Disney facts that might make you feel old…if you let them.

The Walt Disney Company created The Disney Channel in 1983, over 37 years ago! If you grew up in the 1980s, you might remember watching Good Morning, Mickey! before school. In the 1990s, you might’ve viewed Adventures in Wonderland, Flash Forward, or Bug Juice. Kids that grew up watching Lizzy McGuire, Kim Possible, and That’s So Raven have likely graduated from college by now, because these shows first aired in the early 2000s.

Today, you know this theme park as Disney’s Hollywood Studios, but before 2008, it was named Disney-MGM Studios. Perhaps you remember the opening day of this popular theme park on May 1, 1989. During the early years, it actually featured functional studios that produced live shows like The All New Mickey Mouse Club and animated feature films like Mulan, Lilo & Stitch, and Brother Bear. However, these entertainment operations have since been retired to make room for more park attractions.

Simba, Timon, and Pumbaa dazzled audiences during the premiere of The Lion King in 1994. In the 26 years since then, five generations of lion kings could have descended from Simba. It’s also likely that Simba would have joined his father in the Circle of Life between 2000 and 2004, providing he was a mature, adult lion in 1994 when he sired his first cub at the conclusion of the movie. Additionally, since African lions only live for 10 to 14 years, the ones lounging around Kilimanjaro Safaris today weren’t even born when Disney’s Animal Kingdom opened in 1998.

Some of us remember when our children exploded with excitement about the opening of Toy Story. Pixar produced this computer-animated feature film, the first of its kind, and the trailers hypnotized children all across the country. Well, that was over twenty years ago. That’s right, if your kids watched Toy Story when it opened in theaters, then they’re at least in their twenties, if not thirties. Next time you visit Toy Story Land at Hollywood Studios, remember that eight-year-old Andy has already graduated college, landed a job, married his sweetheart, and begun raising his own kids.

At one time, you might have cruised from Fantasyland to Tomorrowland on the Skyway. It was a transportation system with gondolas traveling along a high-rise cable above the park. An original attraction at Magic Kingdom, Skyway remained in use until 1999. Nowadays, you’ll find restroom facilities and stroller parking where the Skyway boarding and disembarking stations once stood. At least now we get to experience the Disney Skyliner for a current gondola-style transportation with access to and from Epcot and Hollywood Studios from several resorts.

Anybody who watched the Mickey Mouse Club as a child must be feeling the years. Fans of the most recent version might remember famous Mouseketeers like Justin Timberlake, Britney Spears, Ryan Gosling, Keri Russell, and Christina Aguilera. They’re current ages range from the mid-thirties to early-forties. If you watched the first incarnation of the show, you might recall the surf movie starlet, Annette Funicello, who passed away at the age of 70 in 2013.

Certainly, theme park tickets can be expensive today, but at least they offer guests unlimited access to the attractions and shows in each park, as well as FastPass+ services. In the beginning, visitors had to pay general admission and then buy tickets for various rides. The system produced quite a bit of confusion, but Disney made things easier after Epcot opened in 1982. They created the passport system, which gave guests unlimited access to attractions; today’s tickets descend from this system. Nevertheless, those with the adventure tickets of the 70s and 80s in their scrapbooks might feel a little less adventurous today.

If your first journey to Walt Disney World included a visit to Magic Kingdom but nowhere else, then you might be older than you realize. A drive around the Disney property in Lake Buena Vista will showcase the parks, resorts, restaurants, and other entertainment centers that make up our beloved Walt Disney World. However, Magic Kingdom opened in 1971 and the next park, Epcot, didn’t receive visitors until 1982. The property was underdeveloped in those days. The children who vacationed at Walt Disney World during the eleven years between these openings may not only currently be parents, but likely grandparents. We won’t even speculate how old their parents are now.

The Disney Princesses may appear timeless and beautiful, but you may be surprised at their age in real time. Based upon their movie premiere dates, Snow White should be in her nineties, Cinderella her eighties, Aurora her seventies, and Ariel, Belle and Jasmine their forties. Remember the Ariel doll your parents bought you after The Little Mermaid hit the theaters? It’s proof that you’ve been around for a while.

The beloved mouse’s age hasn’t been kept a secret. He first appeared in Steamboat Willie on November 18, 1928, making him 91 years old this year. Somehow, he manages to stay healthy and avoid the pains and sufferings of old age. Too bad we can’t say the same for us. Yet despite the feeling that years have been piled upon us after learning these Disney facts, we can again feel the youthful wonder of Walt Disney World once we strap on our Mickey Ears and join our children and grandchildren in experiencing the magic firsthand.

2016-07-02
D.W. Noonan
Previous: The 7 Best Counter-Service Restaurants The World Showcase Has To Offer
Next: 8 Facts And Secrets About Kilimanjaro Safaris in Disney’s Animal Kingdom