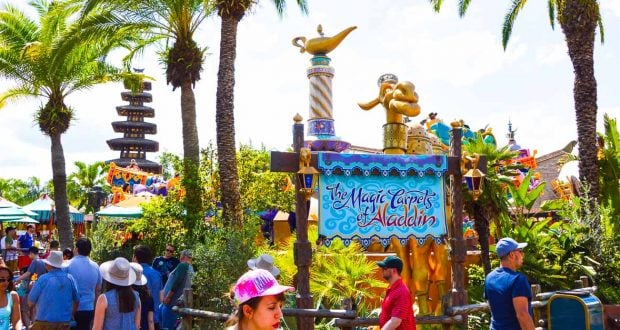 Planning your FastPass strategy can be one of the more stressful parts of a Walt Disney World Vacation, but when done properly it can eliminate so much stress once you are on vacation and make your park experience much more enjoyable.  With “tiers” at some parks and “filler” attractions in others it can get confusing.  But here are a few attractions you generally don’t need to worry about having a FastPass to experience:

Usually you can ride Magic Carpets of Aladdin in Magic Kingdom without too much of a wait—unless maybe it is July 4th or the week after Christmas.  Then all bets are off.  But, waiting more than 20 minutes for this ride usually doesn’t happen.  And if the line is longer than that . . . well, you aren’t missing much by not getting to ride.

With movie theater style seating, the Disney & Pixar Short Film Festival is designed to hold a lot of people at one time.  If you have to wait for this attraction it would just be waiting until the previous show ends and they load the theater again—and even if you have a FastPass you are going to wait for that.  It would be unusual for the entire show to fill up and for guests to have to wait through more than one screening to be able to enter the theater.  But, just because you don’t need to use a FastPass here doesn’t mean you shouldn’t go see it.  I love the Disney & Pixar Short Film Festival—it has 4D effects that really put a new spin on favorite short animation films.  And, they change up the films periodically so you can experience new things.

8. Journey Into Imagination with Figment, Epcot

Staying in the Imagination pavilion, I don’t think you need to use a FastPass to experience Journey Into Imagination with Figment.  Normally the lines are manageable between 5-20 minutes which isn’t too bad, plus there are more important attractions at Epcot to use your first 3 FastPasses that you can make in advance on.  But. . . . I am not opposed to making a FastPass for Figment once you’ve used your first 3 or 4, I can usually find some availability to add it on later on in the day. This one falls into the same category as the Disney & Pixar Short Film Festival.  The arena where the Indiana Jones Stunt Spectacular is held is humongous though—much larger than a theater and it can hold a ton of people.  As long as you make sure you show up in advance of the show (check that times guide when you enter the park), you should have no trouble getting a seat.  At some times of year you can arrive just before it starts and get a seat, or at least a place to watch from the back.  That way you can use your FastPasses on a Toy Story attraction and the thrill rides where lines build quickly.  If this show is a really big deal for your family and you want really great seats then you might want to use a FastPass for it so you can sit up close.  But, there is a chance if you use your first 3 pre-booked FastPasses early enough in the morning that you could add Indiana Jones as #4.

Back before “New” Fantasyland and Storybook Circus were built, Dumbo took top billing with the Dumbo Dash to be able to ride without a wait.  It was mandatory to get there first thing or have a FastPass.  While Dumbo remains a rite of passage for Disney going youngsters (and a sentimental favorite), the wait times and lines have decreased now that there is a double Dumbo in Storybook Circus.  If there is a wait they have the play area (inside, air conditioned) to keep little ones happy while you wait for your turn to take a spin.  Again, you don’t want to use one of your first 3 FastPasses for Dumbo, but if you have a chance to grab one later in the day as a 4th, 5th or 6th FastPass option once you’ve ridden your first 3 it wouldn’t hurt. I guess I have a thing about not wasting FastPasses on spinning attractions, and the Mad Tea Party at Magic Kingdom is no exception.  You rarely see waits here over 20 minutes, and normally it is posted at 5-10 minutes.  This is another good candidate for an additional FastPass down the line once you’ve used up a few.

With another theater seating scenario, you do not need a FastPass to experience It’s Tough to be a Bug.  Unless it is Christmas or an extremely busy week, you really won’t wait more than one show to experience the attraction and you would have that same wait with a FastPass.  Also, use caution when going to see this show—it freaks people out (children and adults alike).  I hear more screaming in that show than on Big Thunder Mountain Railroad.  Between the darkness, smells, poking and bugs, It’s Tough to be a Bug can be tough on audiences.  And then the gigantic Hopper pops up . . . .

This is another one of my favorite, can’t miss attractions—I just love the Muppets.  But Muppet Vision 3-D does not need a FastPass.  It holds a lot of guests at one time and there is hardly ever any wait.  And, as with Indiana Jones, you have much better things to use your FastPasses on at Hollywood Studios. Like the spinning rides, I have a theme of not using FastPasses for theater shows.  While there are a few that you do want to get FastPass if it is a must-see, most just hold so many people at once it is really a waste to FastPass it.  Mickey’s Philharmagic included.  This is another favorite of mine and I visit it more than once every trip I make to Walt Disney World, but there’s no need to Fastpass it, the wait times are short.

While I don’t like the idea of using FastPasses for nighttime spectaculars—mainly for the reason that it prevents you from making any more during the day if you use one of your initial 3 FastPasses for it—Epcot Forever at Epcot is the biggest waste of a FastPass.  You can literally see the current show of Epcot Forever from anywhere around the World Showcase.  That’s like a mile of viewing area.  The FastPass area may be a very desirable vantage point, but there are others just as good.  And for the fireworks themselves you have tons of places to get a good view.  Just make sure you don’t have any trees, structures or rocks obstructing your view of the lagoon if you want to see all of the water effects.  You do need to get to prime spots in advance (30-45 minutes, maybe more if it is peak travel season), or you can find less perfect spots 15 minute before show time.  I highly recommend watching Epcot Forever, but please don’t waste a FastPass on it—especially since it is a Tier 1 FastPass at Epcot competing with Test Track, Soarin’ and Frozen Ever After. 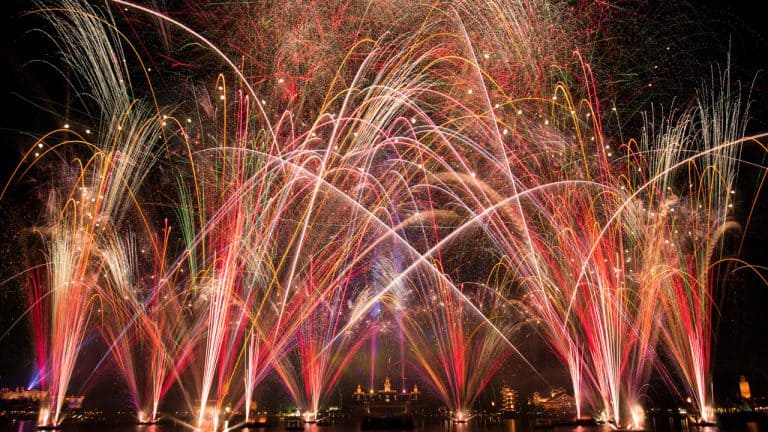 What FastPasses do you find to be a waste?