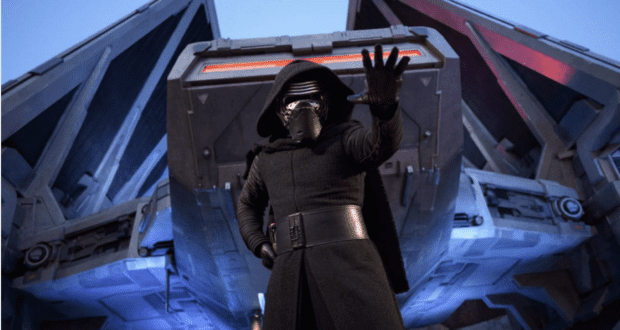 Star Wars is one of those franchises that transcends generations and seems to only be growing in popularity. Star Wars is so popular that Disney decided to create a new land called Galaxy’s Edge at both Disneyland and Walt Disney World. Construction on Star Wars: Galaxy’s Edge began at Hollywood Studios in 2016 and the land opened in August 2019. Ever since its opening, Galaxy’s Edge has remained incredibly popular, as it houses one of Disney’s most advanced attractions, Star Wars: Rise of the Resistance. 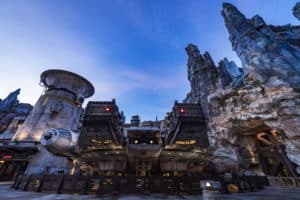 Galaxy’s Edge is a completely immersive land, where Guests are transported to the terrestrial planet of Batuu. Batuu houses a number of rebel spies, and you may even be lucky enough to ride on the fastest hunk of junk in the galaxy. But being a planet used by the Resistance means that the First Order is always on to you, and sometimes Storm Troopers can be seen patrolling the area. Occasionally, word of the rebels reaches Kylo Ren, and he makes his way down to Batuu in search of those who are actively fighting against him. 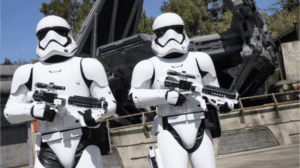 While having Kylo Ren on your tail may be scary to some, it certainly isn’t to four-year-old Mackenzie. Mackenzie is a huge Star Wars fan, and she could not wait to visit Galaxy’s Edge when her family took a vacation to Walt Disney World. During their time on Batuu, Mackenzie saw Kylo Ren and told him that she was there to join the Dark Side. Although she is a little young to become a Storm Trooper, Kylo Ren told her that he was impressed with her dedication and initiative.

You can watch Mackenzie’s adorable interaction with one of her idols below.

In addition to being able to meet Kylo Ren and his Storm Troopers at Galaxy’s Edge, Guests can also meet other famous Star Wars characters like Rey, Chewbacca, and Vi Moradi — known for her signature orange jacket and blue hair. Sometimes you may even see the famous droid R2-D2 roaming the streets making sure everything looks good.

2022-01-16
Krysten Swensen
Previous: Guest Calls Out Disney For Lack of Quality Control
Next: Ready to Create Disney Getaways as a Vacation Planner? Join the Team!