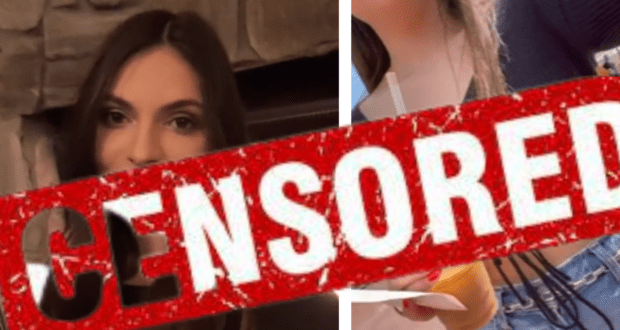 Guest wears revealing, “inappropriate” top to Disney, is forced to change or leave the parks

A woman enjoying the parks at Walt Disney World had an experience she hadn’t planned for, but she took it in stride and didn’t let it ruin her day.

At the Walt Disney World Resort, there are any number of ways to experience the magic of Disney, and Disney welcomes the creative approaches to experiencing the magic. Maybe you and yours like to visit the parks, but head back to your Disney World Resort Hotel and spend the evening relaxing in the pool. Maybe you and your family visit the parks, making sure you’re the first Guests through the gates in the morning and the last ones to leave at night. Whatever your approach to the magic, you can do it at Disney World. But there are some rules. Darn it.

Guests can’t bring wrapped gifts into the parks. Or balloons. Or drugs. Or alcohol. Or guns. Or anything that looks like a gun (even if it’s a toy). And one more thing, despite what you might have heard about Disney World or seen in the parks when you’ve visited, Guests aren’t permitted to wear whatever they want.

But it doesn’t mean they don’t try.

A woman has taken to social media to share a video of her visit to the Most Magical Place on Earth, during which she was “dress-coded,” as she calls it. While enjoying the parks on a sunny day in Central Florida, the woman, who goes by @toragrams on TikTok, shares her experience of being “dress-coded” at the Walt Disney World Resort. 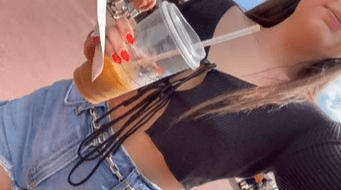 At the beginning of the viral video, viewers can see the top worn by the Disney fan. It isn’t that it’s overly revealing. But, as one commenter pointed out to her, it’s more about the entire piece being fastened by only a string. One user even cautioned her since some of the rides reach high speeds. (And you can probably guess the rest.)

“I worked at Disney World, and even though it’s NOT a bad top, you reach over 80mph winds on coasters and rides,” a previous Cast Member pointed out.

Others complimented @toragrams on her choice in attire, saying the top was cute and that there was nothing wrong with it.

“I don’t see anything wrong with your outfit…?? another said. “It’s hot in Florida..?” 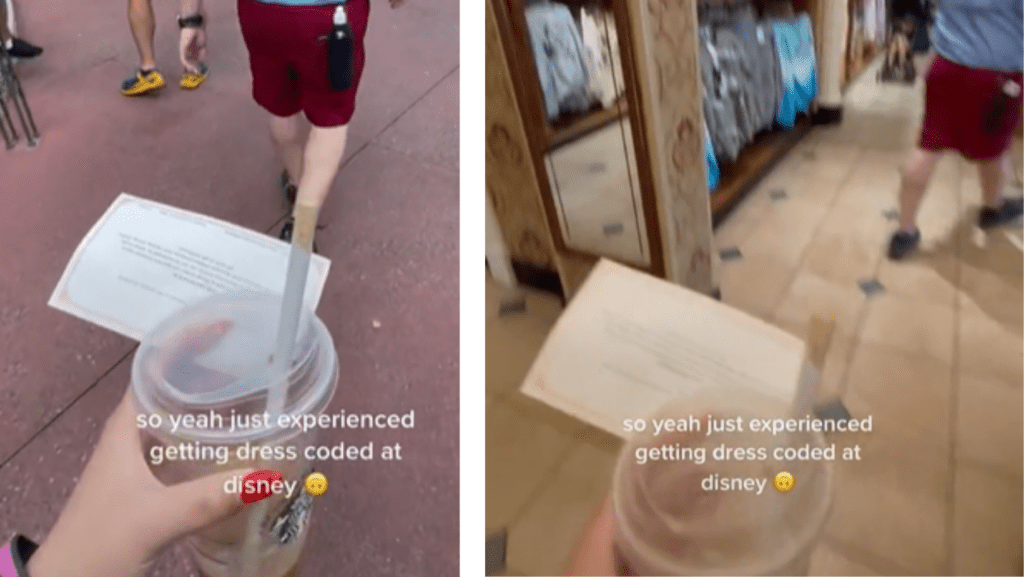 It’s the same shirt that was given to another Guest who wore an even more revealing top through the gates at EPCOT. The young woman was stopped by a Cast Member and told that her top was not appropriate and that she would have to change. You can read about her here. 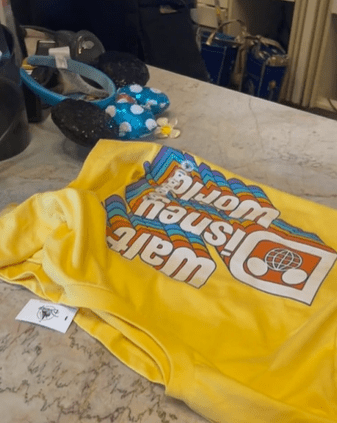 This Guest handled the scenario with grace. She captioned part of her video with “I mean, I kinda agree [with] them looking back at this video.”

Disney World has specific rules for visitors to the Disney property, part of which grant Cast Members the authority to deem a Guest’s attire inappropriate and request that they change. You can read about the park’s rules and policies in detail on the Walt Disney World Resort website.