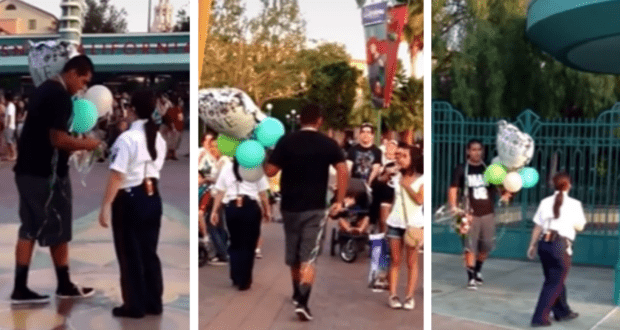 A Guest at the Disneyland Resort in California who was planning a marriage proposal never got to realize his dream as he was stopped by Parks Security and then removed from the property.

If you’ve been a Disney fan for most of your life, it may be your dream to propose to your soulmate or to be proposed to by your soulmate. After all, what could be more magical than a marriage proposal after a day of enjoying the sights, sounds, and attractions at your favorite Disney Park? Or perhaps you envision a proposal when you first arrive at the park, so you can spend the rest of the day, arm-in-arm with your soulmate, knowing that soon, you’ll be tying the knot? 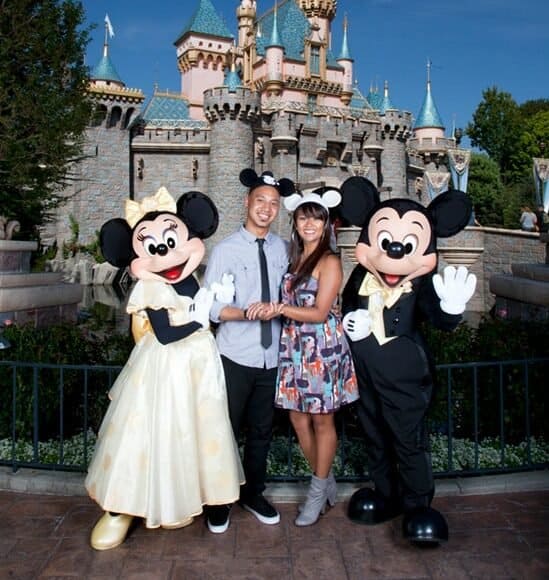 RELATED: The ultimate Disney proposal: Man asks for her hand by recreating a classic Disney film

Maybe your dream Disney marriage proposal takes place along Main Street, U. S. A. at Magic Kingdom with Cinderella Castle in the background. Perhaps you dream of a proposal in front of Sleeping Beauty Castle at Disneyland Resort. You might even be an over-the-top creative proposal that involves no castles at all, but rather, the beautiful “Big Bertha” pipe organ at 1900 Park Fare inside Disney’s Grand Floridian Resort as your backdrop. 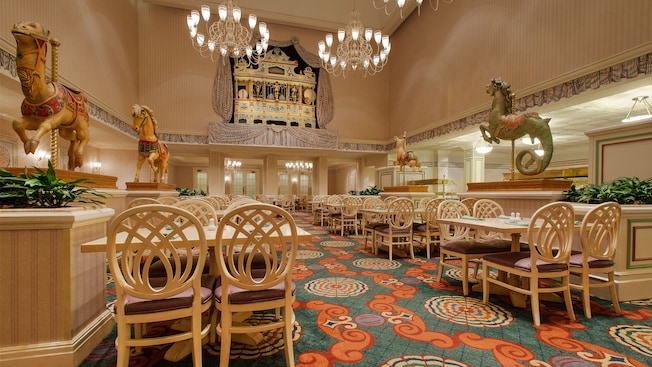 A Disney marriage proposal can take place at any time of day, at any of the Disney Parks, including the Walt Disney World Resort or Disneyland Paris, at any location inside the parks, like in front of the Tree of Life at Disney’s Animal Kingdom, at Toy Story Land at Disney’s Hollywood Studios, or at EPCOT’s World Showcase. The magic is literally everywhere, so the magical proposal can happen anywhere.

Whatever your Disney marriage proposal looks like, it’s probably safe to say that it exists in your mind as the most exciting and most magical experience you can share with your loved one, this side of the wedding altar.

A Disney marriage proposal is unique in that it takes place at a Disney Park, you never know who your audience will be, and there’s palpable magic all around you. Hey, they aren’t called the Most Magical and Happiest Places on Earth for no reason! (And some of these proposals get crazy creative!) 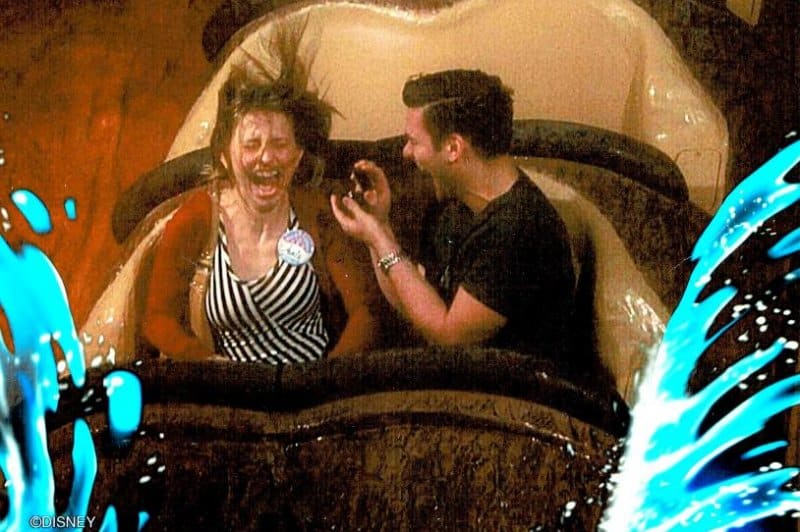 RELATED: Man proposes to his girlfriend at Disney World, but she has a surprise for him!

Some of the most popular videos posted online involve a marriage proposal at a Disney Park. Many bride hopefuls and groom hopefuls record their Disney proposals so they can look back on that special day for years to come. But one man who had planned a Disney marriage proposal at Disneyland Resort in California never got the chance to do that–at least not on his first try.

In a video posted online by DisneyStuff!, a man is seen walking around Disney California Adventure with a huge bouquet of balloons. According to the video, the man had planned a Disney marriage proposal for that day, but for some reason, he was stopped before he could ever find his soulmate and make the proposal. 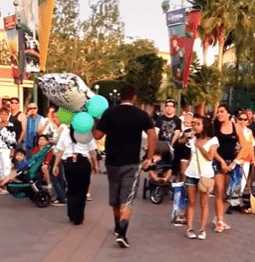 RELATED: Internet is on fire over woman who demands her sister take niece & nephew with her on her Disney Parks trip to propose marriage

A member of the Disneyland Security team is seen stopping the man and immediately escorting him all the way back to the front gates of the theme park. It’s not clear what alerted the security Cast Member. The man in the video is carrying a sprawling bouquet of balloons, which are not allowed inside a Disney Park. However, if that were the sole reason he was stopped by security, most would assume he never would have made it that far into the park without being stopped. 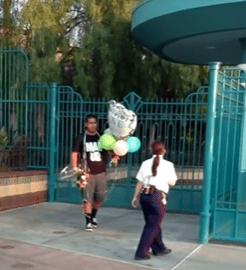 The video never shows the man’s significant other, and the video doesn’t give any clues as to why he was removed. Again, Disney Parks policy prohibits Guests from bringing in such items to the parks. If that’s the only reason he was stopped, why wasn’t he stopped by Cast Members when he first entered the park? 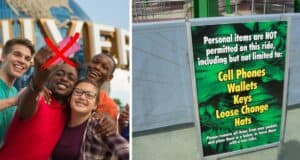