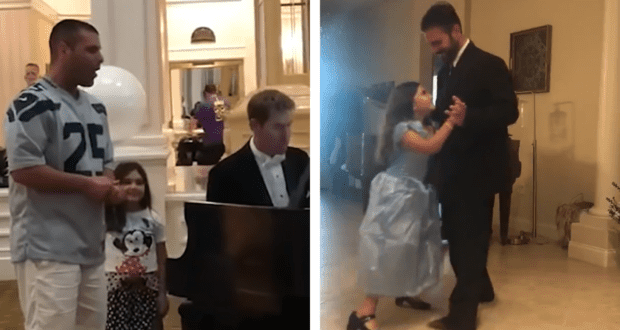 You just never know where you’ll be at the Walt Disney World Resort when the magic strikes you. Sometimes, the magic can strike you at home!

Magic was definitely in the air in once upon a time in the lobby of Disney’s Grand Floridian on one particular Sunday afternoon as a dad and his daughter had just finished having lunch at the Disney World Resort Hotel. Though the experience was not extremely recent, it’s a beautiful piece of Disney news, and we couldn’t wait to share it. 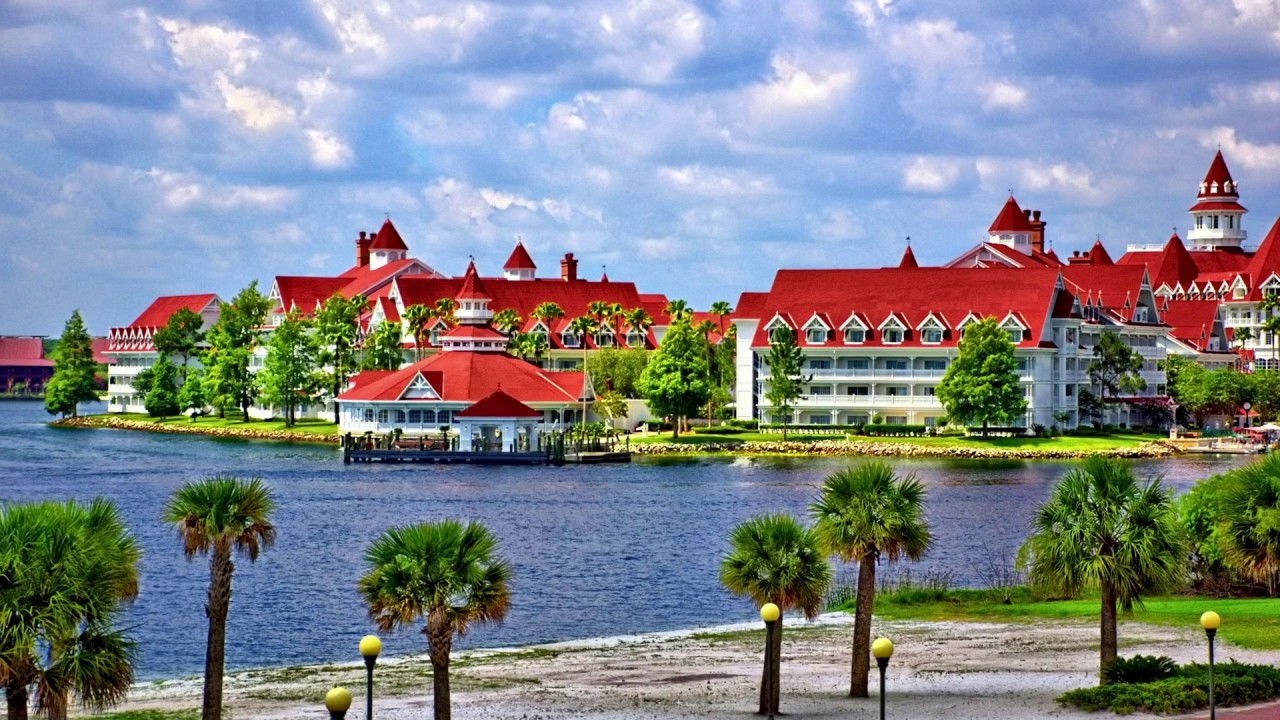 A man from Connecticut, Justin Gigliello, and his daughter were visiting Disney’s Grand Floridian Resort and Spa. As is often the case at the Resort Hotel, a pianist was seated at the grand piano in the lobby. Justin’s daughter approached the pianist and asked him if her father could sing while he played the piano. He conceded, and what happened next turned the lobby of the Disney Resort Hotel into an opera house of sorts.

Lots of people can sing, but surely no one expected the sound that came from the man’s mouth when he began to sing Franz Schubert‘s “Ave Maria” as the pianist played.

In the video below, you can see Gigliello and hear his impressive performance. Perhaps the sweetest part of the entire video is the look of complete adoration on the face of Gigliello’s 6-year-old daughter Lyla as her father sings and Guests throughout the Grand Floridian lobby stop and stare in awe of Gigliello’s amazing talent.

Gigliello shared a video of his impromptu lobby performance with a tweet:

“I just wanted to share this video for a Disney experience! We just went to Disney World last week and my daughter asked the pianist at the Grand Floridian if I could sing while he played,” Gigliello tweeted.

“The way she looks at you will never go away. At least that’s how it is with me and my dad. Your voice is lovely and pls send the little one love from the internet,” tweeted one user. Gigliello told PEOPLE Magazine that he and his daughter had lunch at the Resort just before the singing experience in the hotel’s lobby. During lunch, Gigliello says he began to share with his daughter about Disney magic during his childhood, telling her that he “used to listen to the music in the lobby with his parents.”

Instantly, Gigliello’s daughter said she wanted to have that experience as well, so they ended their lunch early and made their way to the lobby of the Grand Floridian. 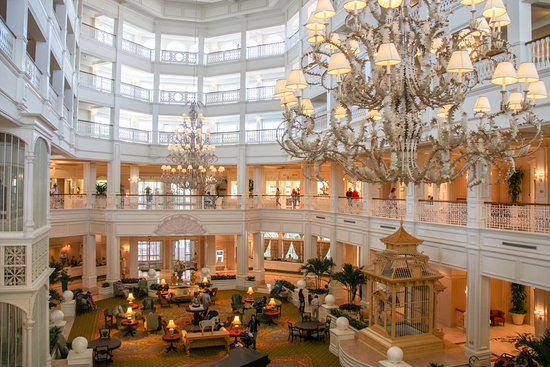 “The pianist was playing and we started dancing,” Gigliello says. “When one of the songs ended [my daughter] walked right up to the pianist and said ‘My daddy loves to sing and play’ and the pianist said ‘What song?’ and she said ‘Ave Maria‘ and that’s how it happened.”

“A woman came up to me and said she was in the gift shop and just walked out to see what was going on,” Gigliello continued. “Everyone’s reaction was amazing!”

Recently, Gigliello shared another tweet of himself and his daughter, simply to spread cheer. This time, he isn’t singing, but the two are dancing to “So This is Love” from Disney’s Cinderella.

Hi All!
As some of you know I am the dad who sang Ave Maria at GF. I just wanted to share a magical Disney moment. With everything going on right now we just wanted to put a smile on someone’s face. This is what we need more of. @GMA @TheTodayShow @WaltDisneyWorld @RobertIger pic.twitter.com/yfJoytQuvY

“I just wanted to share a magical Disney moment,” he tweeted. “With everything going on right now we just wanted to put a smile on someone’s face. This is what we need more of.”

Here’s hoping the story of Justin and his daughter Lyla has you smiling today!