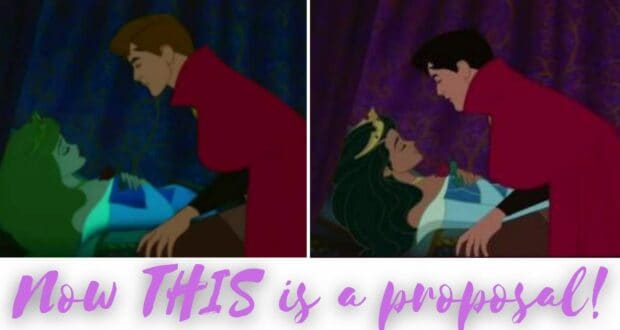 The story of Princess Aurora, the three good fairies who rescue her, the forbidden love she has for a prince she’s not allowed to marry, a horned but gorgeous villain who doubles as a fire-breathing dragon, and the fairytale realization at the very end must just captivate the good doctor’s heart, which is kind of fun since she’s a cardiologist. 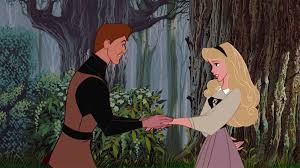 RELATED: Once upon a time, a huge DRAGON flew over Guests’ heads at Magic Kingdom. Yes, we’re serious. 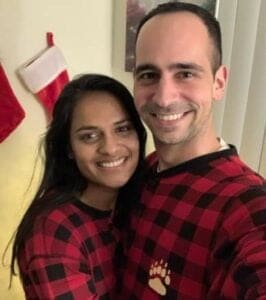 David works as a cardiologist. She and her boyfriend, Lee Loechler, a talented filmmaker, are both Brookline, Massachusetts natives. They met in high school and had an instant connection, but it would be years before they would finally marry.

But Loechler knew David was the one for him, so when it was time, he began to think about ways in which he could carry out a marriage proposal to Sthuthi. Because Loechler is a filmmaker, surely many who know him were not at all surprised that his idea for a proposal was creative, outside the box, and even over-the-top; it would be one for the history books, but it started with a storybook; a storybook tale, that is. 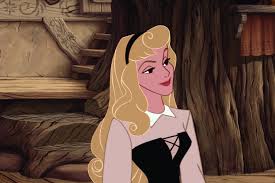 Loechler knew that his (hopefully) bride-to-be loved the Disney story of Princess Aurora, aka “Briar Rose,” and as he began to hone in on that thought, his idea for a Sleeping Beauty-themed proposal began to take shape. Apparently, Loechler is a planner because he worked on his proposal for more than six months, working with Australian illustrator Kayla Coombs to alter the animation in one of the most iconic scenes from the film and change the characters in the film to more closely resemble Sthuthi and himself. 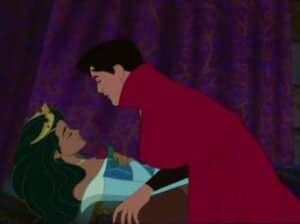 But David, who literally deals in issues of the heart every day, was none the wiser.

Loechler carried out his “well-laid plan” on a cold December night at the Coolidge Corner Theatre in their hometown of Brookline, but again, David had no idea what was about to happen.

RELATED: Failed marriage proposal ends up happily ever after, after all

“It’s not every day you get to propose to your high school sweetheart,” Loechler posted on his Instagram account. “The only thing better than seeing the smartest person I know completely dumbfounded was knowing we’d get to live happily ever after together.”

The entire proposal, from beginning to end, was meticulously planned out. Family and friends filled the theater where the couple was seated. Things began to unfold slowly, and then, David begins to show signs that she realizes something’s going on, and this isn’t just another viewing of Disney’s Sleeping Beauty. 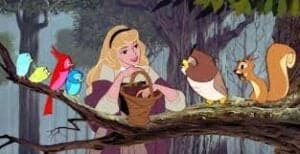 According to Heavy.com, it was more like a viewing of Loechler’s Sleeping Beauty:

“On the screen, the animated Prince Lee pulls out a ring box and shows it to Princess Sthuthi. He then tosses the ring box into the air as a similar ring box flies into Loechler’s waiting hands in real life. Loechler then gets down on one knee in front of David and the cheering crowd in the theater and asks her to marry him. “I love you with my whole heart, including all of its ventricles, atriums, valves; she’s a cardiologist,” Loechler says, “Sthuthi David, MD, will you live happily ever after with me?” The crowd then cheers and the movie starts up again as she says yes.”

You can watch the proposal here:

Were you a part of a Disney-themed proposal, whether in the parks or outside the parks? Let us know about your experience!