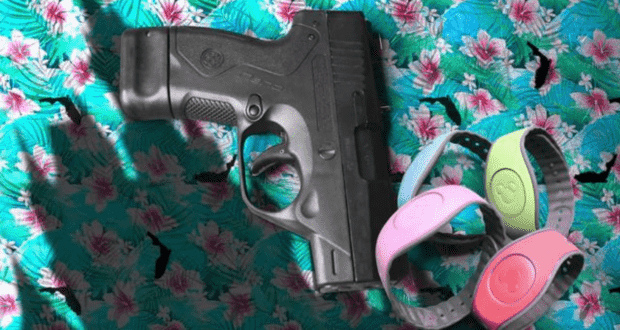 You may know the Walt Disney World Resort as the Most Magical Place on Earth, a place where a dream is a wish your heart makes, and the place where when you wish upon a star, your dreams come true. But some visitors apparently forget that and for one reason or another, sinister or otherwise, they end up bringing firearms to the Walt Disney World Resort. 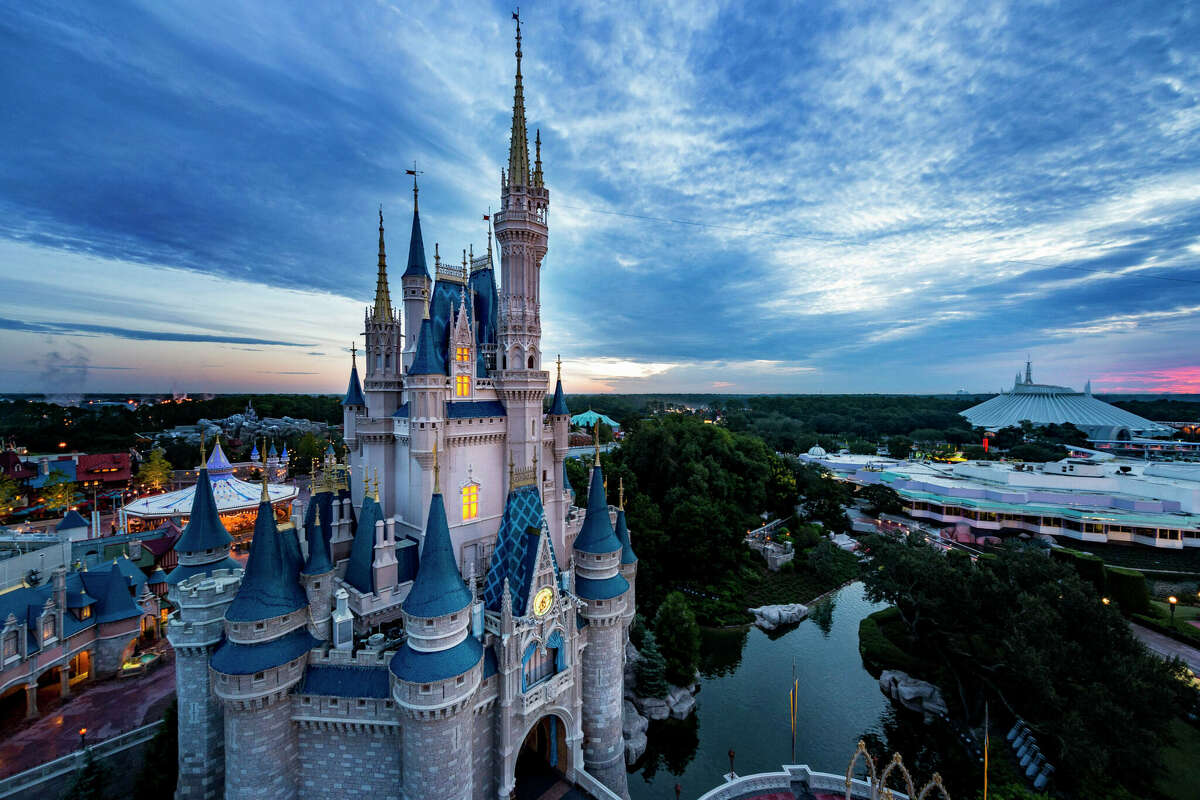 Since the parks first reopened after a four-month closure in response to the growing coronavirus pandemic, various news outlets have reported that the number of Guests attempting to enter the parks at Disney World has increased. And while this is true, it’s not necessarily because Guests have sinister intentions.

In 2020, 20 Guests were arrested on gun-related charges associated with bringing firearms onto Disney property.

According to The Orlando Sentinel, some Guests simply forget they have their firearms on their person. A 21-year-old man named Mustafa Alameen said he simply forgot about the ammunition and handgun he was carrying in an empty stroller when he visited Disney Springs in 2021. He passed through the detectors at a security checkpoint at Disney Springs, setting off the alarms.

Suddenly Alameen remembered what he was carrying: a handgun and 100 rounds of ammunition. He was arrested on the spot. According to the young man, he was planning to go to the firing range later in the day.

The Orlando Sentinel post points out that Disney World is the largest theme park resort on earth, and the uptick in incidents of Guests bringing guns to the parks has taken place despite the fact that since the pandemic began, the resort has endured a four-month closure, a carefully phased reopening, and reduced operating capacities.

A woman from Georgia passed through security at EPCOT in 2020, and security Cast Members found not one but two guns in the diaper bag she was carrying: a .45 caliber handgun and a semi-automatic 9 mm handgun, along with a bag of cannabis.
Thirty-one-year-old Luis Serrano was wearing his loaded 9mm pistol on his hip when he was stopped at security at Magic Kingdom. “Is there a problem?” he asked officers. Serrano was arrested and found to be without a concealed permit. 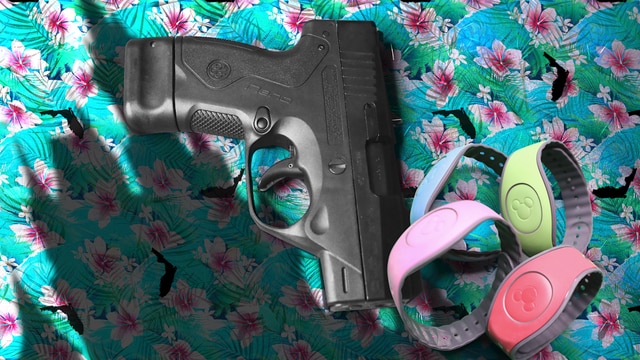 In 2016, Disney World had a total of four arrests of Guests with guns at the parks. But in 2020, during which the parks were only opened for 8 months and mostly at a significantly reduced capacity, that number skyrocketed to 20 arrests.

As of mid-April 2021, Orange County Sheriff’s deputies had already arrested 14 Guests at Disney World for carrying concealed firearms on property. It’s puzzling as Disney World’s website clearly states the rules it has for Guests visiting the parks, including a list of prohibited items, which includes “firearms, ammunition, knives, and weapons.”

The rules also state that Guests and their bags, parcels, and clothing are all subject to security checks. Signage that details these rules can be found around the Walt Disney World Resort, including at Disney Springs. “We clearly communicate that guns are not allowed anywhere on our property,” said Disney World spokesman Avery Maehrer in an email. “We appreciate the commitment of law enforcement and our security teams and the measures they take in helping protect our Guests and Cast Members.”

To compare, during 2020, the year in which 20 gun-related arrests were made at the Walt Disney World Resort, Universal Studios had zero such arrests, according to The Orlando Sentinel.

“Disney gets people from all over the country,” said Warren Eller, an associate professor at John Jay College of Criminal Justice. “And the problem is every state has a different set of gun laws, and sometimes those vary by local region, so the huge, huge variance of rules across the country creates all kinds of problems.”

It’s not clear why some Guests don’t think about the dangers of bringing a firearm to Disney World or about the fact that Disney doesn’t allow them. What is clear is Disney’s policy on the possession of those firearms while on property, and even if a Guest has a permit for the weapon, his or her firearms are still prohibited on property.

2022-03-14
+Becky Burkett
Previous: Have a Bella Notte Dining at Tony’s Town Square Restaurant
Next: BREAKING: Judge orders protection for more than half the photos taken in Bob Saget’s death investigation