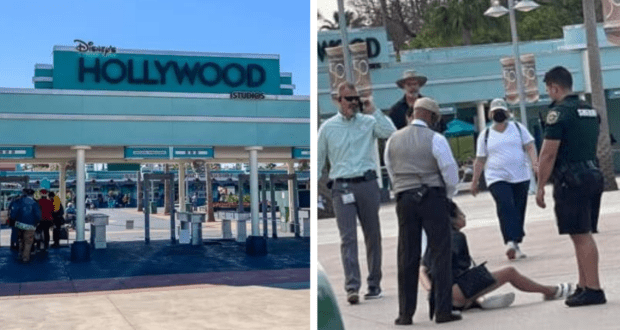 Guests of the Walt Disney World Resort know the Most Magical Place on Earth for its gorgeous Resort Hotels, amazing attractions, exhilarating rides, and world-class entertainment and Guest service, not to mention the many princesses, princes, heroes, heroines, and a certain Mousy-eared guy who make appearances in the parks daily. 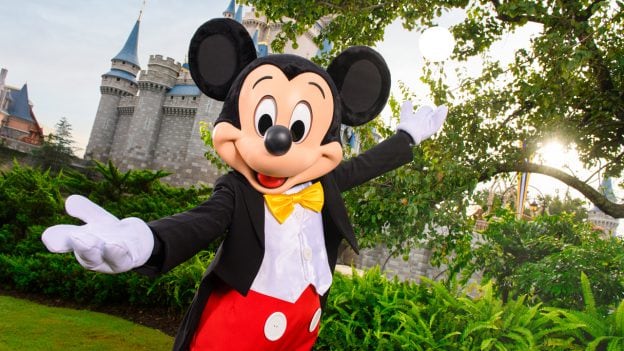 Guests can find magic in every corner of the Walt Disney World Resort, sometimes in the form of pixie dust, sometimes in the form of a special “Magic Moment” with a Cast Member, and often simply in the experiences they share with family and friends while visiting the parks. And each of the four theme parks offers unique and exciting ways to access and experience that Disney magic.

And as much as we imagine Disney World in a place separate from the everyday world, the reality is that sometimes, less-than-magical things take place in the parks that remind us that even though we’re at Disney World, we’re still on planet earth. A few Guests at Disney’s Hollywood Studios were reminded of this sad reality recently. Yesterday afternoon, February 22, a woman was observed lying on the ground near the front entrance at Disney’s Hollywood Studios. She was face down and being handcuffed by two officers from the Orange County Sheriff’s Office. According to Inside the Magic, The Guest who first observed the woman being cuffed had been walking past the entrance to the park when she noticed the situation, and she noticed several bags of merchandise on the ground near the area of the entrance where the vending machines are located. Deciding to keep to her own business and not be nosy, she continued on her way. 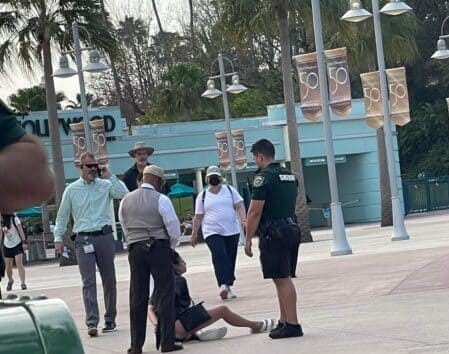 Later, just before 4:00 p.m. local time, another Guest saw the same woman sitting on the ground surrounded by Disney World security guards and Cast Members. By this time, of course, she had already been placed in handcuffs. From the photos, it appears the woman was compliant and cooperative during the situation, and that no other parties were involved.

RELATED: Guests will soon say goodbye to the Tower of Terror attraction at Hollywood Studios, at least for a while

According to the Guest who witnessed the woman surrounded by Cast Members, at the time these photos were captured, the situation was underway and the woman had already been detained, making it difficult to ascertain what events might have led to the woman’s arrest.