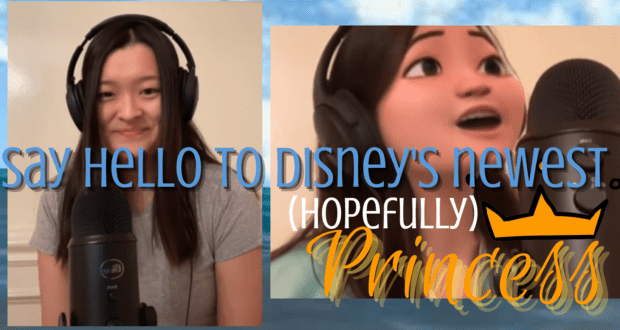 There’s no Disney Princess from her country, so this Harvard student created one & wrote the musical to go with it

Twenty-two-year-old Julia Riew had an epiphany one day; she realized there was no Disney Princess from her family’s country.
So rather than taking to social media to bash the House of Mouse about their underrepresentation of her heritage, she set out to define that representation by creating a new Disney Princess and a corresponding musical as well.
RELATED: “The only survivor”: A 5-year-old with rare illness becomes a Disney Princess thanks to Florida non-profit organization
Riew, a Harvard student who grew up in St. Louis, Missouri, and is a third-generation Korean American, is no stranger to writing or composing. She’s been doing both for years now, and at only 22 years old, she has just finished her seventh full musical. And while each of her musicals is inspired and creative, lucky number seven is special for a different reason. It began as a senior thesis project, but Riew says she never imagined it would become so popular online. 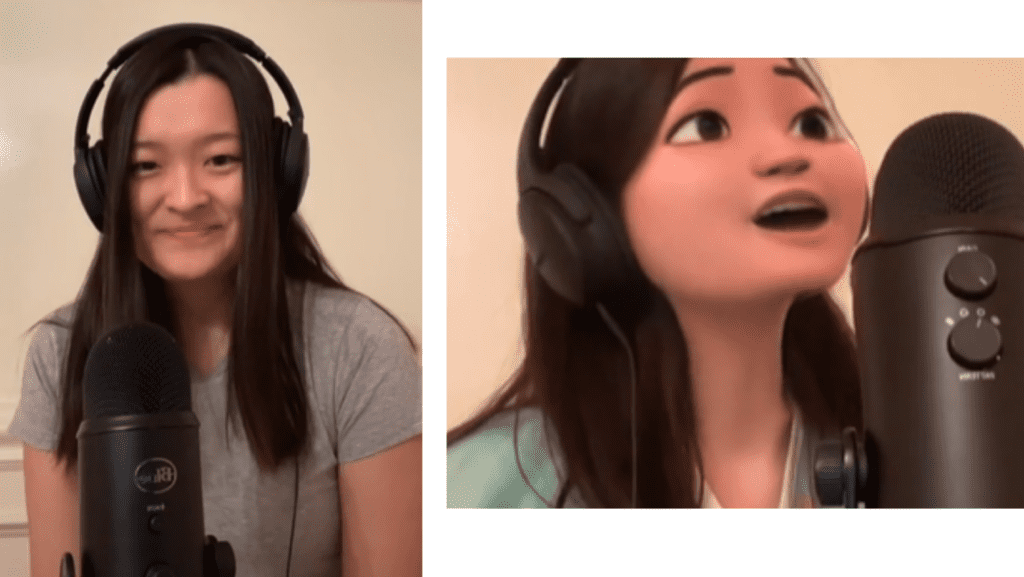 “For the first time, I have felt such a strong sense of community and belonging, which I’ve always really longed for,” said Riew in an interview.
The young creator says she never imagined she could feel such a sense of belonging from an online platform like TikTok. but that’s exactly what has befallen her, as she has shared clips from her new musical, Shimcheong: A Folktale, on TikTok via videos she has posted. Both the story and the music have been met with accolades, praise, and now, a viral following with people all across the globe.
Riew is of Korean descent, and she realized that though there is a virtual menagerie of Disney Princesses in the world of Disney animation and live-action films, none of them represented a Korean heritage. Though Disney doesn’t expressly denote a country of origin for most of its beloved princesses, except for princesses like Mulan (China), there are still widely-accepted views in the kingdom of fandom about the heritage of many of the young women whose stories are told in the form of a Disney animated film, such as Cinderella, Sleeping Beauty, The Little Mermaid, etc.

Riew wanted to see a Korean princess among Disney’s royalty, so using an online filter, she transformed herself into a Disney-esque animated character and recorded herself singing songs she wrote as part of the musical. The first of Riew’s songs that garnered the attention of fans and nearly one million views is called “Dive.” It’s an encouraging song with lyrics that challenge listeners to be brave, be fearless, and be held back by nothing.

She can compose music. She can write scripts. And now you know, Riew can also sing! In the clip, she uses her beautiful voice to sing lyrics like “Now all of the fish in the sea can’t stop me/All of the waves in the world can’t rock me/I’m on a mission and gee, just watch me go!” 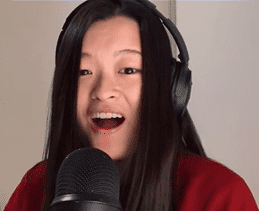 Riew’s one-act musical, an adaptation of a Korean folktale called “The Blind Man’s Daughter,” tells the story of a young woman named Shimcheong, a brave young non-princess who sacrifices everything for her father. In her attempt to save him, she falls into the depths of the ocean, and for 10 years, she lives in the magical Dragon Kingdom and can find no way to leave. She then decides to plan an escape that will have her risking everything just to get back home.
This clip is from her song, “I’m Coming Home,” the first song Riew wrote for the Shimcheong musical.

Shimcheong is resilient with a will of iron. It isn’t until the finale of the musical that she is honored with the title of Princess. As with many of Disney’s Princess stories, Riew’s musical boasts a prince, a villain, and an exciting adventure. Recently, Riew released short clips of the songs she wrote for the prince and the villain queen, but fans who want to hear the songs in their entirety will have to be patient.
RELATED: Planning the perfect Princess Day at Magic Kingdom

Riew says she writes and composes because it’s her dream to inspire others with stories that put some “good into the world.”

“I think stories are so important for kids,” Riew said. “Especially as someone who, as a young person, never saw herself represented in media, or in film, TV or on stage; that was something I always longed for.”
2022-02-01
+Becky Burkett
Previous: Here’s Your Ultimate Foodie Guide to Valentine’s Day at Disney World!
Next: Disneyland’s Valentine’s Day Foodie Guide Is Here!