It’s no secret that we love Disney Cruises around here.

In fact, we’re pretty big fans. I, myself, have been on quite a few and I am ridiculously blessed that that is true. Disney Cruising is something that my family and I have been doing since I was 6 years old. We’ve experienced a Disney Cruise during each of the four seasons. Cruising in the winter may sound a bit weird since we associate winter with cold. But in the Bahamas or the Caribbean, it’s warm during the North American winter months. There are actually some seriously amazing benefits to cruising in the winter. Here are some of them.

Related: Set sail for $44,000: The new Disney Wish cruise ship by the numbers 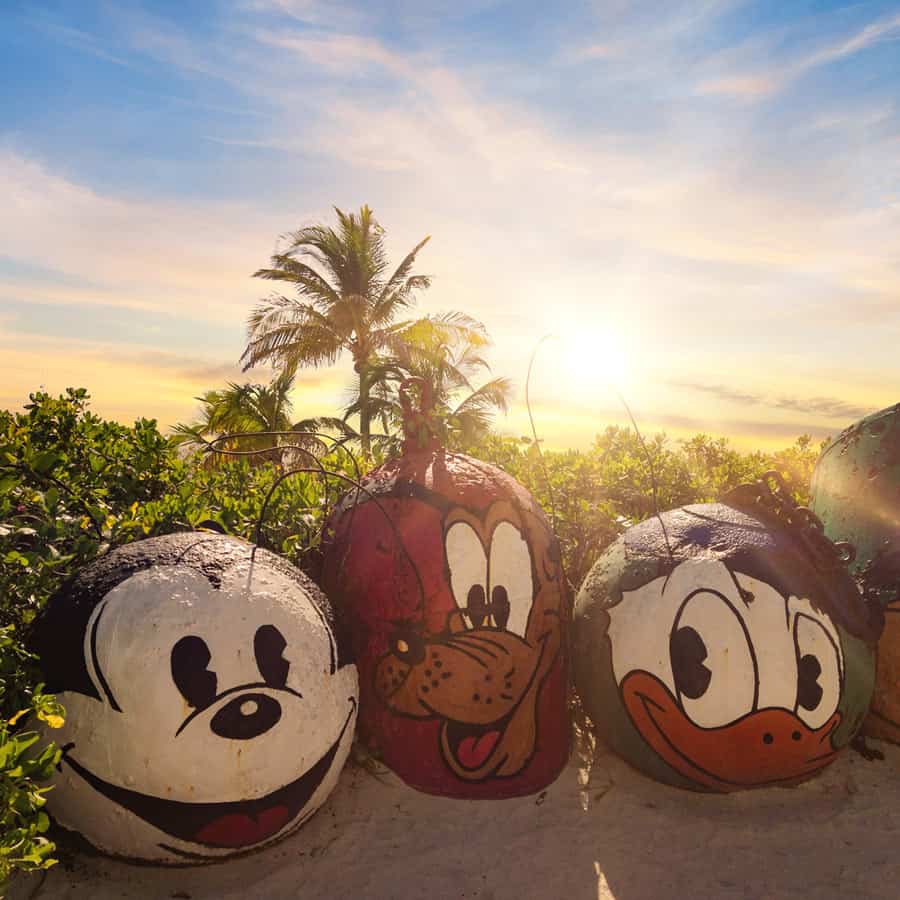 It goes without saying that cruising in the winter means escaping the cold, dreary rest of the country and getting to enjoy some warm sunshine. And because it’s wintertime, it’s not as hot as it is in the summer months. Warm, not hot. It will be the perfect weather for shorts and swimming and all of those warm-weather things we love. Chances are you won’t need a sweatshirt even once on your trip. It’s glorious. In my opinion, I like it when the weather is milder. This way you don’t have to worry about wicked sunburns or heat stroke or some of the other things that can easily ruin a vacation. 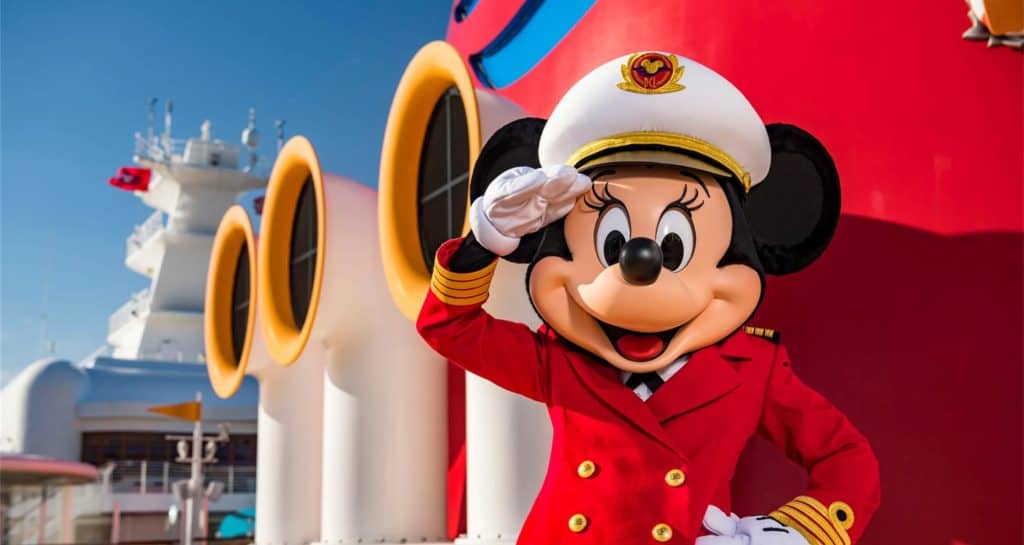 Since most people don’t immediately think of “winter” and “cruising” in the same sentence, Disney cruises are generally less filled in the winter months. This time is considered “off-peak” travel. Don’t get me wrong: you’ll still be around people, but it’s not usually as crowded as it can be in the summer. Once the Christmas season passes, you’re in for smooth sailings as far as crowds are concerned. Disney’s Merrytime Cruises are generally absolutely insane for crowds, but once January, February, and March come around, you have generally smaller crowds aboard the ship. 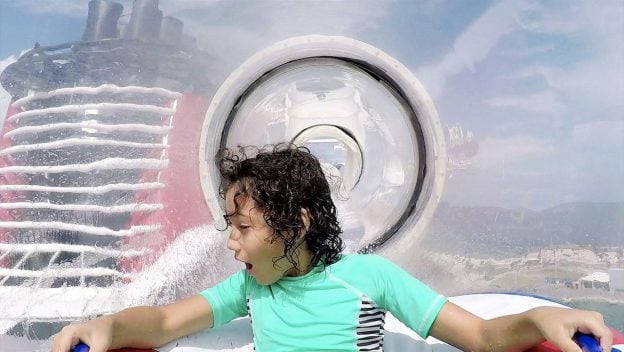 Along this same vein, winter cruises often bring fewer kids. Because it’s a Disney Cruise, there will always be kids onboard. That’s just a given. And honestly, I love it that way. But if you are looking for a quieter cruise with fewer under-18’s running around, a cruise during winter might be a great option for you. Most kids return to school after Christmas break. Vacations in the winter are hard to plan with kids in tow because school is in session. There will always be exceptions to this, but typically I’ve found this to be true. My family and I rarely cruised during the winter when I was younger for this very reason. 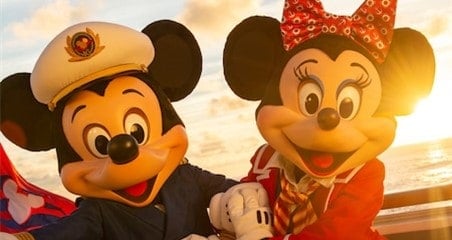 Ah, seasonal depression. We’ve all felt the cold weather and winter blues, right? Whether the term “seasonal depression” is spot on for you or just resonates a little bit, you’re not alone. Statistically, humans are more likely to feel down in the winter months due to the shorter days with less sunlight. But when you are on a Disney Cruise, the sun stays up longer and the nights are filled with fun and excitement. It’s very hard to be sad when you are on a Disney Cruise. And the magic of Disney is a great escape from the stresses of everyday life. That’s one thing that Disney Cruise Line does extraordinarily well all year round: it takes you miles away from your troubles. 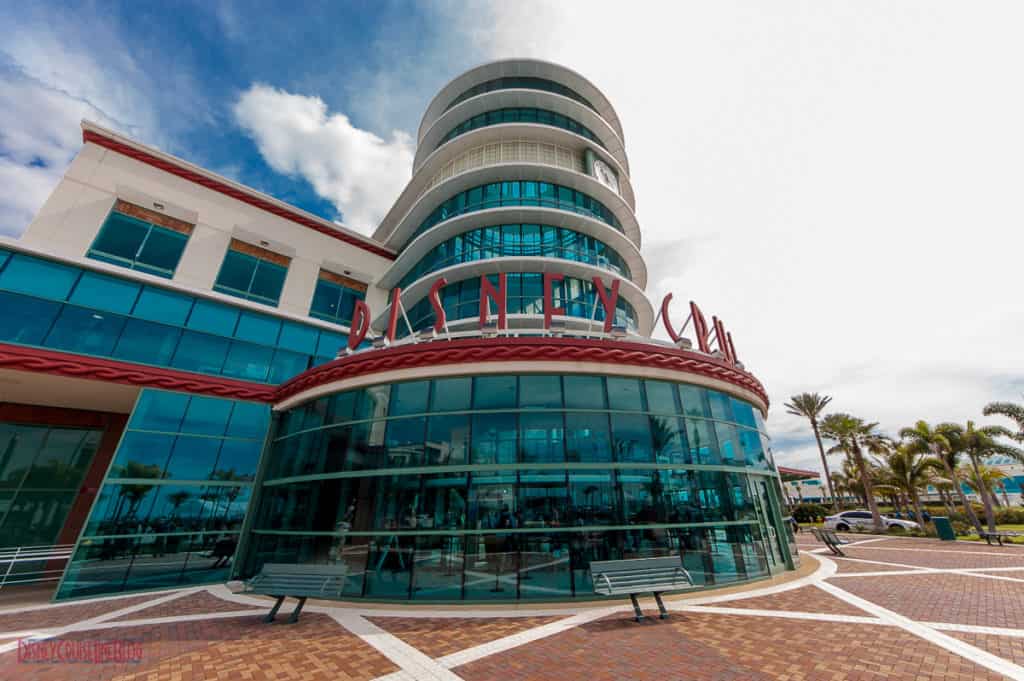 We always hate to talk about money, but this is one time when you might be happy with the discussion. Because winter cruises are less popular, Disney Cruises often cost less in the wintertime; remember, this is off-peak cruising. While Disney Cruises can be pretty pricey, I’ll go back to what I always say: you get what you pay for.

So in the winter, you get the best of both worlds–the incredible experience of a Disney Cruise AND an affordable price! Cruises during peak season can be very pricey. But that’s because Disney knows that spring and summer are usually when families can get away for a vacation more easily. Is that cheeky? Yes. Does it make sense? Also yes.

It’s always a great time for a Disney Cruise, whether it’s the middle of winter or the end of the summer, or anywhere in between. It’s fair to say that each season has its downside, but overall, there’s never a bad time to cruise aboard a Disney Cruise ship. Any week you are on a Disney Cruise ship is a good week. You will never regret a Disney Cruise, no matter what time of the year it is. Close your eyes, pick a month, and get booking!

Have you ever experienced a Disney Cruise during wintertime? Tell us about your experience in the comments below!