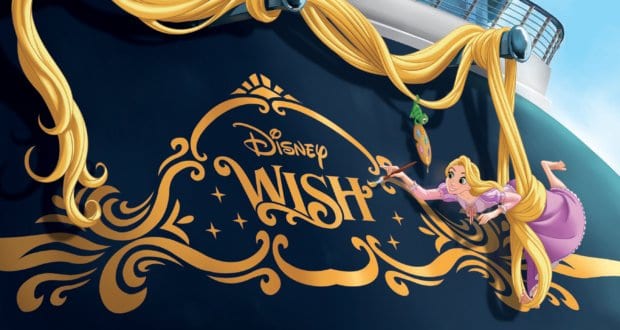 Disney Cruise Line is one of the best in the world. It is consistently ranked among the best in the industry, winning awards left and right. DCL combines the elegance of old time vessels with the magic of Disney Parks. It’s the perfect marriage. There is a lot to know about these ships! We’ve written out some of the basics, but the only way to know everything is to set sail yourself!

The four Disney Cruise Line ships are all unique, there’s no doubt about it. They all have a distinct feel and atmosphere to them. But there are certain elements all of the ships share. Every ship has a deck dedicated to kids: the Oceaneer Club and Lab. In this space kids get to just be kids and have an absolute ball doing it. There’s an area just for teens on each ship, too, called The Vibe. Adults get some sweet perks, like an adult-only pool area Quiet Cove and Cove Cafe, kid-free night districts, the restaurant Palo, Senses Spa, and more! All of the ships have an extensive pool deck, with quick service restaurants and Cabanas, a daily buffet. The pool deck has multiple pools for infants, kids, and adults! And don’t forget the Funnel Vision giant screen! Every ship incorporates what Disney calls “Rotational Dining,” a style of dining that they invented. This means that each night, guests will be in a different restaurant with their same wait staff! All four ships have Animator’s Palate, a restaurant designed to look and feel like either an art studio or like you’ve entered into a painting yourself! For Bahamas or Caribbean itineraries, the DCL fleet usually stops at Castaway Cay, Disney’s private island. And there’s always some kind of deck party, like Pirates IN the Caribbean where they shoot off real fireworks!

The first ship of the Disney fleet was The Magic, which debuted in 1998.  The Magic started it all for DCL. She was commissioned in Italy and was actually built in two parts! To complete her, workers had to push the two halves together, hoping and praying they would fit! Her godmother is Patty Disney, the former wife of Roy E. Disney. The first ever Disney Cruise Line voyage was out of Port Canaveral on July 30, 1998, where she sailed to Nassau and Castaway Cay.

A lot has changed since the Magic’s maiden voyage all those years ago. Instead of just two ports of call, the Magic sails all over the world now, from the Bahamas, to Canada, to the Mediterranian, to the Baltic, and the British Isles. And every single one of these itineraries is fantastic. She boasts three main restaurants: Animator’s Palate, Lumiere’s – an elegant dining room styled after Beauty and the Beast, and Rapunzel’s Royal Table – a fun take on Tangled! After dinner entertainment includes three Broadway-style shows that all play over the course of the cruise in the Walt Disney Theatre. There’s Twice Charmed – an original twist on the Cinderella tale, Dreams – a story about a young girl’s journey into her dreams, and Tangled – a live telling of the hit movie! And unique to the Magic is the AquaDunk, a super cool, super wet water ride on the pool deck! This experience lets guests plunge a whopping three-stories and down a slide that juts over the edge of the deck!

The Magic’s sister ship is the Wonder! The Wonder came out just one year after her in 1999. The Wonder has a classic, Art Nouveau style interior and maintains an elegant atmosphere. Her godmother is Tinkerbell! The Wonder typically sails on the West Coast now, making trips to Mexico and Alaska!

The Wonder’s latest dry dock (or, refurbishment) brought it into the modern age and unifying it a bit more closely to the newer ships. For dining, this ship has Animator’s Palate, Triton’s – a restaurant that takes you under the sea, and Tiana’s Place – modeled after Tiana’s Place in The Princess and the Frog! You can’t go wrong with any of these! And for a show you can see Dreams, The Golden Mickey’s – an awards-show about believing in yourself, and Frozen – just like the movie! The Wonder has two really special adult-only lounges: the Crown and Fin and the Cadillac Lounge. The Crown and Fin is a fantastic model of an actual English pub, complete with a red telephone booth and football posters. The Cadillac is a piano lounge that uses car parts as decor. So cool.

In 2011, the Disney Dream became a reality. This was a pretty big dream, too. The Dream is 40% larger than the Magic and Wonder and can carry 2,500 passengers. Her godmother is Jennifer Hudson, who got her start on the Wonder! The Dream primarily does short itineraries around the Bahamas, usually 3, 4, and 5 days with a stop at Castaway Cay.

There’s a lot of new to this ship compared to the others. With 4 additional decks, there’s a plenty of things to explore. The Dream introduced the AquaDuck, a waterslide that soars over the top deck of the ship. It’s awesome. Speaking of awesome, the kids’ Oceaneers Club and Lab has a Millenium Falcon replica! (Pro Tip: take advantage of Open House times to experience the kid areas!) The teens get a treat on the Dream with their very own pool at the front of the ship in the Vibe! The Dream still has three main restaurants: Animator’s Palate, a fairytale themed restaurant Royal Palace, and Enchanted Garden – an under the stars wonderland. But for adults there’s an extra restaurant: Remy – an upscale, gourmet, out-of-this-world experience based off of the Pixar movie Ratatouille. For Showtime Tonight make sure to check out Believe – a show about the power of believing in what you love, and Beauty and the Beast – a high-tech, gorgeous telling of the classic romance.

The fourth ship in the Disney Cruise Line fleet is the Fantasy. She came out in 2012, after being christened by Mariah Carey in NYC. She generally does 7-Day Eastern and Western Caribbean itineraries.

The Fantasy is incredibly similar to the Dream, with a few exceptions. The adult district on the Fantasy is amazing and quite different than any of the other ships. From The Tube – a London-themed bar, to La Piazza – a totally immersive Italian escape, the Fantasy knows how to treat the adults. Even the restaurants are mostly the same: Animator’s Palate, Enchanted Garden, and Royal Court, which is a slightly more elegant version of the Dream’s Royal Palace. Like the Dream, the Fantasy has Believe as one of its nighttime shows. But it also includes Aladdin – A Musical Spectacular of the beloved film! One of the coolest parts of the Fantasy is her Star Wars Day at Sea! This day is completely dedicated to the Star Wars franchise, complete with characters, costumes, activities and more! For the shopping fans, there is now a Tiffany and Co. onboard!

6. The Wish and Two More

At the D23 Expo 2019, it was announced that there are three new Disney ships in the works! The Disney Wish is expected to begin sailings in Summer 2022. This ship will be slightly larger than the Dream and Fantasy, and all of the new ships will run on liquified natural gas. The Disney character on the back of the ship will be the one and only Rapunzel (and Pascal) painting on the letters! The atrium is said to be open and airy and elegant. We can’t wait to experience these new ships!