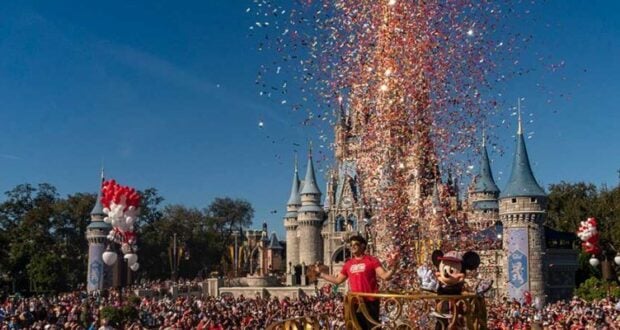 What’s with this strange ‘Disney World’ and NFL relationship; how did it begin?

Here’s hoping that if you spent yesterday afternoon cheering on your favorite NFL team(s), that you were in the victor’s seat at the end of the day. Unless, of course, you are a Carolina Panthers fan, since we Cowboys fans in Dallas have to take those wins when we can get them! 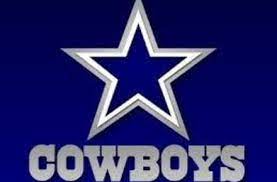 If your team is doing well, you may be already dreaming of a possible bid for SuperBowl LVI in Los Angeles next February. You may also be hoping that your team’s quarterback will be the one honored at a parade the day after the SuperBowl at either Disneyland or Disney World. 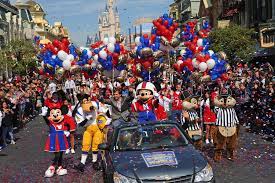 We’ve all seen the commercials just after the SuperBowl airs: a representative asks the winning team’s MVP, “(MVP’s name), you’ve just won the SuperBowl. What are you going to do next?” The response is always a resounding, “I’m going to Disney World (or Disneyland). The NFL star is then hosted by one of the Disney Parks and honored in a SuperBowl celebratory parade inside the park. 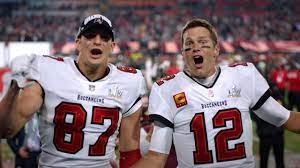 But where and when and why did this tradition begin in the first place?

The idea for the “I’m going to Disney World (or Disneyland)” promotion was born in 1986 and was the brainchild of Jane Eisner, wife of then-Disney CEO Michael Eisner, who got the inspiration during a dinner she and Michael were having with George Lucas and Dick Rutan and Jeana Yeager, the first to ever fly around the world non-stop. 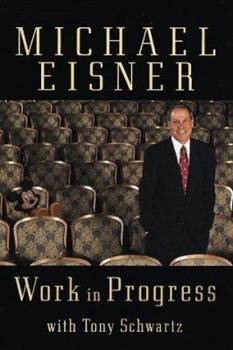 This is all according to Michael Eisner‘s 1998 memoir, titled Work in Progress, which reads:

“It was late and the conversation hit a lull as we waited for our food,” Eisner wrote. “So I asked Dick and Jeana, ‘Well, now that you’ve accomplished the pinnacle of your aspirations, what could you possibly do next?’ Rutan responded, without hesitation, ‘I’m going to Disneyland’ And of course I go, ‘Wow, that’s cool! You made the right choice.’ But my wife interjects: ‘You know, that’s a good slogan.'”

That brainchild then birthed its own brainchild–the idea of getting the SuperBowl MVP to utter the words at the very end of the matchup each year.

The very first ad in January 1987 called for the MVP of SuperBowl XXI, New York Giants quarterback Phil Simms, to be the first to utter the iconic proclamation about his day-after-SuperBowl plans in central Florida. The Giants won against the Denver Broncos, and the victory netted Simms a SuperBowl ring, untold endorsements deals, and a trip to Disney World–but not before he let the world know that he was headed to Florida.

The tradition has stuck since then. (And thank goodness, we now have high-def television!)

Phil Simms was paid $75,000 for those few words. And countless other MVPs have followed suit in the years since SuperBowl XXI, including both Peyton and Eli Manning, Joe Flacco, Drew Brees, Hines Ward, Aaron Rodgers, (of course) Tom Brady, and the Dallas Cowboys’ Emmitt Smith.

Tom Brady wins for making the most post-SuperBowl plans proclamations with 7 Disney Parks SuperBowl commercials under his belt.

And in 1994, when Dallas Cowboys running back Emmitt Smith was celebrating the team’s win over the Buffalo Bills and was asked what his next big thing was, he answered by shouting that he and his goddaughter were going to Disney World and Disneyland!

Again, we’ve got to be happy about our Cowboys’ wins, whenever they come.

Here’s hoping your favorite player is the next to utter those iconic words!