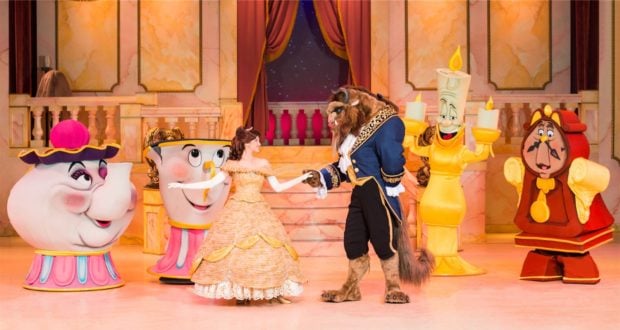 What Will Reopen in August 2021 at Walt Disney World

When Walt Disney World reopened in July, 2020 there were plenty of things that remained closed. We had most of the rides, but there was little entertainment and some popular restaurants were not open. Several resorts remained closed as well. Slowly, some things have returned. We now have fireworks, more modified character dining, and hot dogs at Casey’s Corner. August is going to be another step toward normal again, with more favorites returning. Here are the August, 2021 reopenings.

Wonderful World of Animation – Disney’s Hollywood Studios – reopening August 1: We don’t know when fireworks will return to Disney’s Hollywood Studios, but that doesn’t mean there won’t be an end of the night presentation. Wonderful World of Animation is a projection show that takes place on and around the Chinese Theater. You’ll enjoy decades worth of cinema in the 12 minute show. Many past guests have missed it because they were at Fantasmic. You don’t have that excuse right now.

Monsters, Inc. Laugh Floor – Magic Kingdom – reopening August 8: Humans will soon be able to enter the monster world once again! Monsters, Inc. Laugh Floor is a live show the relies heavily on audience participation. It’s a lot of fun and sure to put a smile on your face. If you know a good joke you can text it before you enter the theater and it might be part of the show!

Beauty and the Beast – Live on Stage – Disney’s Hollywood Studios – reopening August 15: A tale as old as time will soon delight young and old alike once again. Beauty and the Beast – Live on Stage is a high quality show that is faithful to the animated film that you know and love. At 25 minutes it’s condensed, but you’ll hear your favorite songs and see your favorite characters. The highlight is arguably the waltz between Belle and the Beast. This is one of the top shows that Walt Disney World fans have wanted to return, on August 15 they will get their wish.

Turtle Talk With Crush – EPCOT – reopening August 21: You’ll soon be able to enjoy a totally tubular time with everyone’s favorite turtle! Crush and the gang will be back entertaining and interacting with guests. Get your questions ready, because Crush wants to answer all of them! He’s been quiet for too long.

Hall of Presidents – Magic Kingdom – date unknown: Whenever a new US President is sworn in, the Hall of Presidents shuts down to install a new animatronic and update the soundtrack. Disney has not given an exact date for when the attraction will open again, but it has been confirmed that it will be sometime in August.

Pizzafari – Disney’s Animal Kingdom – reopening August 2: If you’re in the mood for individual sized pizza, Pizzafari is the place to go. The atmosphere is half the fun, with five themed rooms that you can dine in. Check the hours, because it looks like they will be limited; at least at first. Mobile Ordering is encouraged.

Columbia Harbour House – Magic Kingdom – reopening August 5: Enjoy a taste of New England at this popular quick service restaurant. You can start with Clam Chowder, and then move onto a Lobster Roll. You don’t have to want seafood to dine here. The Lighthouse Sandwich is a popular plant-based option. It’s so popular that when it was removed from the menu several years ago, there were a number of complaints and Disney decided to bring it back. Again, Mobile Ordering is encouraged.

Toledo – Tapas, Steak & Seafood – Disney’s Coronado Springs Resort – reopening August 5: Located in Gran Destino Tower, Toledo – Tapas, Steak & Seafood has the feel of a signature restaurant. It’s beautiful inside, and since you’re on the roof you can head outside and enjoy spectacular views. If you aren’t sure what to order, try the Chef’s Signature Dinner for Two. You won’t be disappointed.

Atlantic Dance Hall – Disney’s BoardWalk – reopening August 6: Get ready to dance the night away! There is no food served at Atlantic Dance Hall, but there is a full bar. Videos from yesteryear and more recent are played. Atlantic Dance Hall is strictly for the 21 and up crowd. It may not be open nightly, before the closure it was open Tuesdays through Saturdays.

2021-07-30
PaulaK
Previous: “The Adventurer’s Piñata” Arrives at Disney Springs
Next: New Poster and Featurette Released For “Shang-Chi And The Legend of The Ten Rings”