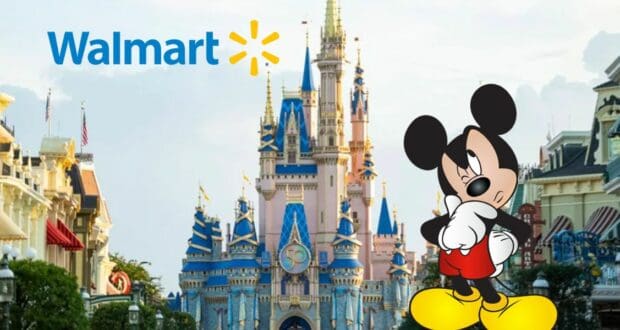 Time for a little shopping? If you’re headed to Walmart, Disney fans may want to listen as one Walmart shopper captured the department store projecting a nostalgic Disney Park song.

There is something spectacular about Disney music! From the beloved Disney film song favorites such as Frozen’s (2013) “Let It Go” to more record-breaking music like “We Don’t Talk About Bruno” from Disney’s Encanto (2021)… Disney music is magical. Plus, let’s not forget about the timeless music from films such as Disney’s Fantasia (1940).

Not only do Disney movie songs and instrumental playlists spark those pixie dust goosebumps, but iconic Disney Park attraction soundtracks bring back a flood of memories.

Even though we’ve seen the removal of Splash Mountain’s “Zip-A-Dee-Doo-Dah” in many Disney Park experiences, we still love favorites such as “Yo Ho, Yo Ho, A Pirate’s Life for Me” with Pirates of the Caribbean and in “The Tiki, Tiki, Tiki Room” from Walt Disney’s Enchanted Tiki Room.

RELATED: How You Can Celebrate 100 Years of Disney Music!

Head on over to Magic Kingdom Park for a nostalgic ride experience on Walt Disney’s Carousel of Progress in the Tomorrowland portion of the Park. The attraction offers Guests the chance to travel through the 20th century and marvel at the evolution of technology with the use of audio-animatronics.

But the show stopper is the attraction’s fan-favorite song, “There’s a Great Big Beautiful Tomorrow.”

RELATED: The Disney Carousel of Progress That Almost Was

Well, one Walmart shopper was recently in the department store and heard “There’s a Great Big Beautiful Tomorrow” being projected for shoppers to enjoy!

@justinegar took to social media to share a video below of the music and notes, “Which one of you is in charge of the music at Walmart?”

How fun! We adore Walmart playing “There’s a Great Big Beautiful Tomorrow” and would happily sing along on a shopping trip.