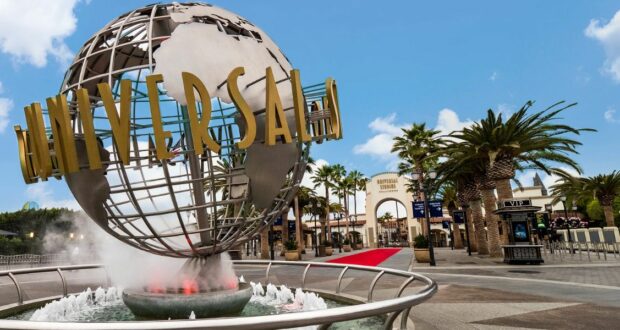 Universal Hints: Could Reservation System Like Disney’s Be Coming?

If there is one thing you’ll hear Disney fans groan over, it tends to be the Disney Park Pass Reservation System now featured at Walt Disney World Resort and Disneyland Resort. But could Universal be jumping on the reservation system bandwagon soon enough?

It doesn’t matter if you have a valid Park ticket, as each Guest entering is required to have a reservation. The system first launched when the Parks reopened after COVID-19 closures in 2020.

Now, we’re a couple of years into the Park Reservations system, and Disney’s CEO Bob Chapek has made it clear it’s not going anywhere for now.

When COVID reopenings occurred, Disney said the reservation system was to help limit Guests with social distancing. Now, Chapek states it is still for crowd control, although the Disney fandom doesn’t understand how with lengthy lines around every turn.

With a likely opening timeframe of early 2023, Super Nintendo World has hinted at having a reservation system in place.

According to the fine print on new Annual Pass sales, one of the perks listed for the Platinum Annual Pass notes “one-time (per day after 3pm) reservation-free entry into Super Nintendo World (opening early 2023) when reservations are required to enter the land.”

But not all hope is not lost! Could this reservation system be temporary for Universal?

One report goes on to note, “A timed entry system was used at Universal Studios Japan when its Super Nintendo World opened in 2021. Other Universal parks also limited access to lands when they debuted to prevent overcrowding. Diagon Alley at Universal Studios Florida once used a ticket system with one-hour return windows when the land reached capacity, and Hollywood used a similar system on busier days when its own Wizarding World area, Hogsmeade, opened in 2016.”

RELATED: Guest Forgets to Make Park Reservation, Takes It Out On Cast Member

We’ll be keeping our fingers crossed this reservations system won’t take the same path Disney has with its Park reservation requirement. The lack of spontaneity to enter a Disney Park, especially for Central Florida and Anaheim locals with Annual Passes, tends to be a turn-off for many.