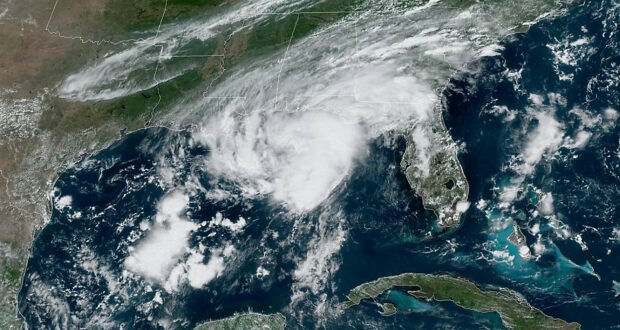 The National Hurricane Center has just issued advisories ahead of Tropical Storm Mindy, a powerful storm currently situated in the northeastern Gulf of Mexico at 4:00 p.m. ET today.

Earlier today, Disney Dining brought you news of the increased chance of the storm passing over  Florida, and at that time, it was still a tropical system. It has since been upgraded to a tropical storm and given the name “Mindy.” 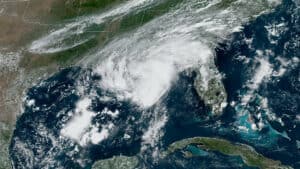 The storm is currently 90 miles west-southwest of Apalachicola, Florida, with maximum sustained winds right now of 40 miles per hour. It is moving northeast at approximately 21 miles per hour.

Tropical storm warnings have been issued for the coast of the Florida Panhandle along an area from Mexico Beach to Steinhatchee River.

“The center of Mindy is expected to cross the coastline of the Florida Panhandle later tonight, and then move offshore of the southeastern United States into the western Atlantic Ocean by tomorrow,” the National Hurricane Center said in a statement. “Little change in strength is expected before Mindy makes landfall tonight.”

The storm is expected to produce rainfall of up to 4 inches, with some areas seeing as many as 6 inches. Those areas located in the Florida Panhandle and in the southern parts of the state of Georgia and South Carolina are expected to see higher amounts of rainfall beginning this evening through tomorrow morning.

There is also the possibility of isolated tornadoes with this storm.