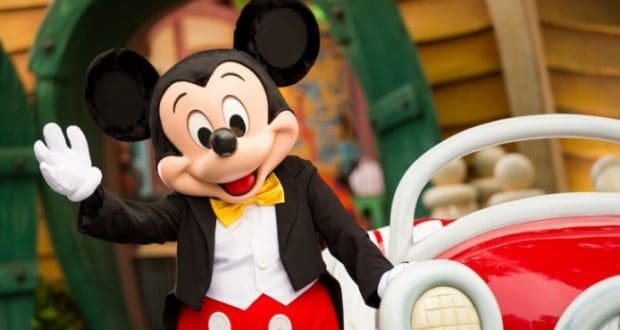 Labor Day is the unofficial end of summer. Schools are back in session, which means that the crowds have calmed down a bit at Walt Disney World. There’s still plenty of daylight, and the weather is warm, which makes fall a fantastic time to visit. Here are ten reasons why you need to book a spur of the moment trip. You’ll be glad you did.

Since the summer season is over, there are deals to be found. You might be able to get a room discount, or maybe a last minute package. Talk to your travel agent and see what is available, or play with the numbers yourself on the Walt Disney World website.

Labor Day is the final day of operation for pools across the country, but not at Walt Disney World! The temperatures are still warm, which means that you can swim all day and not freeze once you get out of the water. That also makes this time of year ideal to hit the Disney Water Parks. If those are in your plans, keep in mind that Blizzard Beach will close for its annual refurbishment after October 27. It will reopen on January 6, 2019, which is when Typhoon Lagoon will close for several weeks. Aella is the giraffe who was born on June 29 at Disney’s Animal Kingdom. She can be seen with her mother Lily on Kilimanjaro Safaris. What better reason is there to drop everything and head to Walt Disney World than to see a baby giraffe? The longer you wait, the taller she’ll get. No one likes to wait in long lines, so Disney found a way to make the wait a bit more bearable. Play Disney Parks is a free app that will help you pass the time. You can try your hand at trivia, play games at select attractions, earn achievements, and more. You know that you’ve wanted to try this in the parks since you first heard about it, so book your trip and then download the app!

Toy Story Land opened on June 30 to large crowds, and it is incredible! Slinky Dog Dash is an instant hit, Alien Swirling Saucers is a lot of fun, and Toy Story Mania! is a literal blast, like always. Woody’s Lunch Box is a great place to grab a meal, or maybe two. The problem with the new land is that there isn’t much shade. Now that fall is here and the summer crowds are gone, you won’t have to wait as long in those lines. Visit later in the day so you won’t be in the direct sun. Or……

The FastPass+ system for Disney’s Hollywood Studios allows guests to book only one selection for the new land. That means you can only skip the standby line for one of the three attractions. If you don’t want to wait, there’s a solution. Disney Early Morning Magic- Toy Story Land is a separate ticketed event that is held on select Monday and Wednesday mornings. A small number of guests will enter Toy Story Land before it opens to the general public to experience the new rides and characters. A continental breakfast is included. The cost is $69 for those ages three through nine and $79 for everyone ten and older. Theme park admission is required as well as the reservation.

Speaking of special ticketed events, Mickey’s Not-So-Scary Halloween Party is in full swing at the Magic Kingdom. It is held on select nights through October 31. The party starts at 7:00, but you can enter with your ticket as early as 4:00. There are characters galore, a fantastic parade, a Halloween themed fireworks display, and more candy than you ever dreamed possible. One special reason why you’ll want to attend this year is because this is the 25th anniversary of the film Hocus Pocus. You can celebrate at the Hocus Pocus Villain Spelltacular, which takes place on the stage in front of Cinderella Castle. The Epcot International Food & Wine Festival just says autumn. There are over 30 Global Marketplaces this year, and a great combination of new dishes and returning classics. The Eat to the Beat Concert Series is the same, with new acts such as MercyMe and 98 Degrees, and returning favorites that include Air Supply and Boyz II Men. There are seminars, demonstrations, signings, and plenty of other activities. There are even ways to get the kids involved this year. The Epcot International Food & Wine Festival runs daily through November 12. It’s included with park admission, but some activities cost extra.

Mickey Mouse was introduced to the world in Steamboat Willie on November 18, 1928, which means that he is about to turn 90! Of course a celebration is planned at the Magic Kingdom, which will start on November 16. You can join the Dapper Dans in singing Happy Birthday, participate in a special birthday edition of “Move It! Shake It! Dance & Play It!” Street Party, and take part in a dance party in Tomorrowland. There will be special merchandise and food offerings to add to the celebration. While you’re planning your trip for Mickey’s birthday party, start to work on a vacation for next year as well. That’s when Walt Disney World will celebrate The World’s Biggest Mouse Party. No details have yet been released, but it’s sure to be a blast.