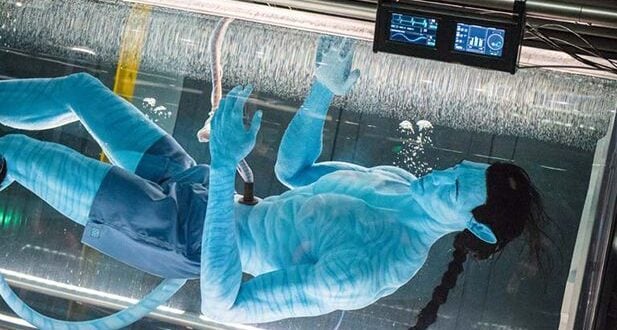 The Tiered System For FastPass+ At Walt Disney World

FastPass+ is a free system that allows you to wait in shorter lines while at Walt Disney World. You can make up to three reservations per day ahead of time, and they all need to be in the same park. If you are staying on property you are allowed to make them up to 60 days in advance, while for everyone else it is 30 days. (The information here does not include the new Club Level FastPass+, which costs extra.) You need a My Disney Experience account in order to make your reservations ahead of time. The day that you use them you can make additional reservations, one at a time, using the My Disney Experience App or a kiosk in the park.

While FastPass+ is simple to use, there is sometimes some confusion because of the tiers. Three of the four parks use a tiered system, the only one that doesn’t is the Magic Kingdom. When you make your reservations, you can pick one ride or attraction from Tier One and two from Tier Two. It’s as simple as that. The most popular rides are all Tier One, which means that you’ll have some hard choices to make. Here’s a list of the FastPass+ attractions, and some suggestions on which rides you might want to pick. Remember that Disney does tweak the system from time to time, so an attraction might change tiers or could be removed from the FastPass+ system all together.

If someone in your party loves all things Frozen, you will want to use your Tier One choice for Frozen Ever After. If you’re not interested or there are none available, Soarin’ should probably be your next choice. Test Track is also extremely popular, so you will also want to try to hit it early. Don’t worry too much about Epcot Forever, there are good viewing areas all around World Showcase.

As far as Tier Two is concerned, Spaceship Earth is never a bad bet since lines have been growing in recent years. Mission: SPACE can be a good choice, especially if you plan to ride the more intense Orange Mission.

The park’s most popular ride, Millennium Falcon: Smuggler’s Run, does not offer a FastPass. The next most popular attractions are all Tier One attractions – all located in Toy Story Land. For some people it’s an easy choice, but for others this Tier One can be tricky. Grab a FastPass+ for Slinky Dog Dash, then hit Alien Swirling Saucers and Toy Story Mania the moment the park opens.

Tier Two for Disney’s Hollywood Studios is a little less complicated. Typically your best choices here are Rock ‘n’ Roller Coaster Starring Aerosmith and Tower of Terror. Star Tours is another great option as this attraction does get busy as the day moves on. If you’re interested in a show, just pick whichever you want to see the most. If you’re using FastPass+ for a show make sure you arrive at the correct time, because they will not keep the window open. Don’t use FastPass+ for Muppet*Vision 3D unless there’s nothing else that you want to do. The movie runs continuously and the theater is huge, the wait time is almost always manageable.

When FastPass+ rolled out there weren’t tiers at Disney’s Animal Kingdom. The opening of Pandora – The World of Avatar changed that. The two rides in Pandora are the only Tier One choices. Avatar Flight of Passage is the hardest to get FastPass+ at Walt Disney World, and the ride will exceed your expectations. If it’s available, grab it, because it won’t be available for long. If you can’t get Flight of Passage, Na’vi River Journey is a beautiful ride, and you’ll be glad that you won’t have to wait in line for it.

When it comes to Tier Two, you’ll want FastPass+ for Expedition Everest. Outside of Pandora, it’s probably the most popular ride in the park. Kilimanjaro Safaris is another good choice. Try to get that one as early in the day as possible, the animals are more active in the morning. DINOSAUR isn’t a bad choice if you don’t take one of those. The theaters for the live shows are large and if you arrive early you shouldn’t need FastPass+. If you’re traveling during one of the more crowded times of year you might want FastPass+ for Rivers of Light, or instead book a Rivers of Light Dining Package.

Although the Magic Kingdom doesn’t use tiers, you still might not know what you should pick for FastPass+. Seven Dwarfs Mine Train is probably the most popular selection in the park. Both Big Thunder Mountain Railroad and Space Mountain are also great choices. Slowing things down a bit, Peter Pan’s Flight is a ride that will run out of FastPass+ well in advance. Splash Mountain, Enchanted Tales with Belle, and the meet and greets are popular selections as well. Make your reservations for as early in the day as possible and then keep adding more as you use them. You might be able to get several that way.

What if you didn’t book any FastPass+?

Don’t worry, all is not lost if you show up at a park without FastPass+. You’ll still be able to see and do a lot, and you will have a great time. If you have the My Disney Experience App on your phone you can still make reservations. If not, look for a FastPass+ kiosk in the park. There will be a Cast Member close by who will be able to walk you through it.

Also, with or without FastPass+ you need to have a plan. Don’t show up at a park without having a basic idea of what is where. Read about the attractions ahead of time so you will know what you want to do. Also, if you don’t have FastPass+ for something that you really want to do it is essential to arrive at the park before it opens. Head to that ride at rope drop. A few rides, such as Test Track, offer a single rider line, which you might want to try if you don’t have FastPass+. Your party will be split up if you decide to ride that way. Another trick is to make an early morning breakfast reservation inside the park. Make it for as early as possible. You’ll be allowed in before the park opens, so you’ll be in a better position than other guests when the rides start operating. 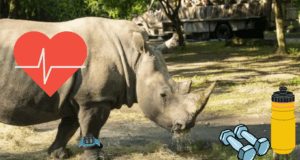