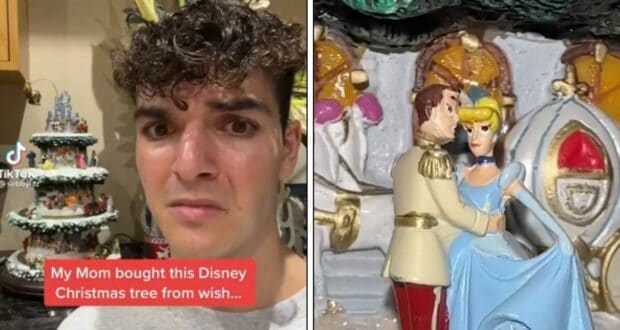 This Disney Christmas Tree Is the Stuff of Nightmares

Every holiday season, Disney fans around the world take out their boxes of ornaments and decorations to deck the halls of their houses and apartments. Disney has everything you need for Christmas, from stockings to candy, to wrapping paper and more! There are also beautiful ceramic Christmas trees that are covered in classic characters who decorate the tree. Sometimes the trees will even spin and play music. 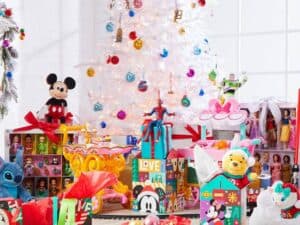 Typically, these trees can set users back a lot of money, as they are well-made, and the detailing is spot-on and gorgeous. Unfortunately, some websites may use pictures similar to the higher-end ones, but sell the product for a much lower price. When people purchase these lower-priced items, they think they are getting a great deal for something identical to a much more expensive piece, but that is rarely the case. 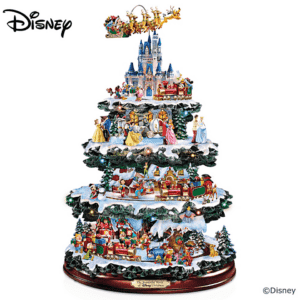 One TikToker shared that his mother was one of those people who thought she was getting a great deal when she ordered a Disney Christmas tree from the bargain site Wish. Regrettably, the tree that she received was probably not what she was expecting. The Princes and Princesses dancing around the tree did not exactly look like the ones we have come to know and love.

You can take a look at the Christmas tree in the video below, but beware, it may give you Disney nightmares.

As you can see, the faces of Ariel, Cinderella, Pocahontas, Belle, and their Princes all seem a little….off. Not only does the paint job look like it was done by a preschooler, but some of the heads are somewhat triangular. This TikToker even went so far as to give the knockoff Disney royalty funny names to accompany their somewhat funny looks.

Hopefully, the mother wasn’t too disappointed in her purchase, but since it is out and a part of the Christmas setup,  it feels that the whole family has a pretty good sense of humor about the whole thing!

Have you ever made a purchase and the item you received was not quite what you expected?

2021-12-10
Krysten Swensen
Previous: Christmas has gone to the dogs! (No, literally!)
Next: Disney Union Shares How to Recognize Holiday Depression