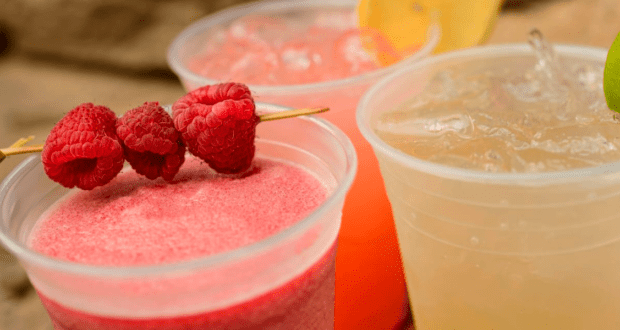 Walt Disney World is home to over 200 restaurants, bars, and snack carts. With that many, it’s easy to overlook some while others get all the hype, especially when it comes to the places to snag an alcoholic drink! We’re absolutely spoiled for choice at Disney World. Yes, La Cava del Tequila, Olga’s Cantina, and Trader Sam’s are amazing and absolutely worth the hype. There are some locations, though, that are every bit as good, but you’ve probably never even noticed them. 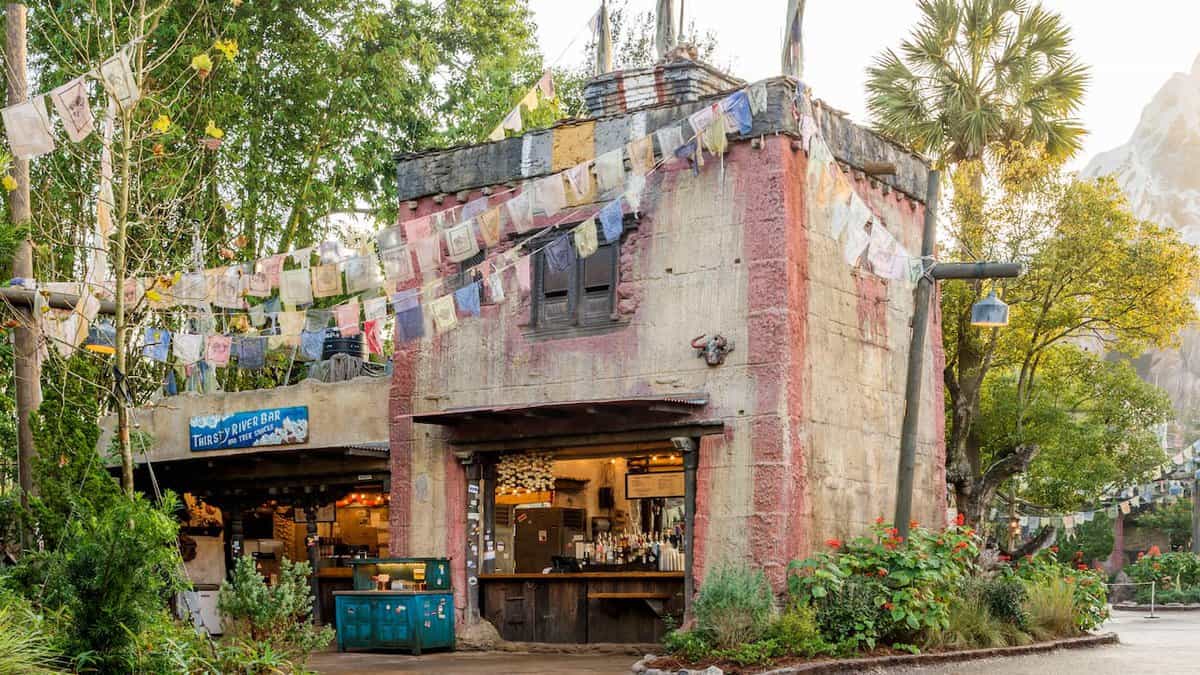 Thirsty River Bar is one of those places. It also happens to be my favorite bar at the Walt Disney World Resort! No, it doesn’t have kitschy or over-the-top theming. It doesn’t even have seating. What it does have is a selection of beverages that is out of this world!

Nestled in a hidden corner of Disney’s Animal Kingdom, it’s easy to walk right past it unless you know what you’re looking for. I found it, steps away from Expedition Everest’s exit, quite by accident myself. Expedition Everest is one of our favorite rides, and since our son was too small to ride, my husband and I were taking advantage of Disney’s rider-swap program.

While I was waiting on my turn to ride, my son (4 at the time) suddenly decided acquiring juice was the most important thing on Earth. I set off in search of a place to grab him a drink, not realizing that nearby I’d find the perfect place not just for a toddler juice but a grown-up juice too! While I looked over the menu, I marveled that I’d never noticed Thirsty River Bar before. 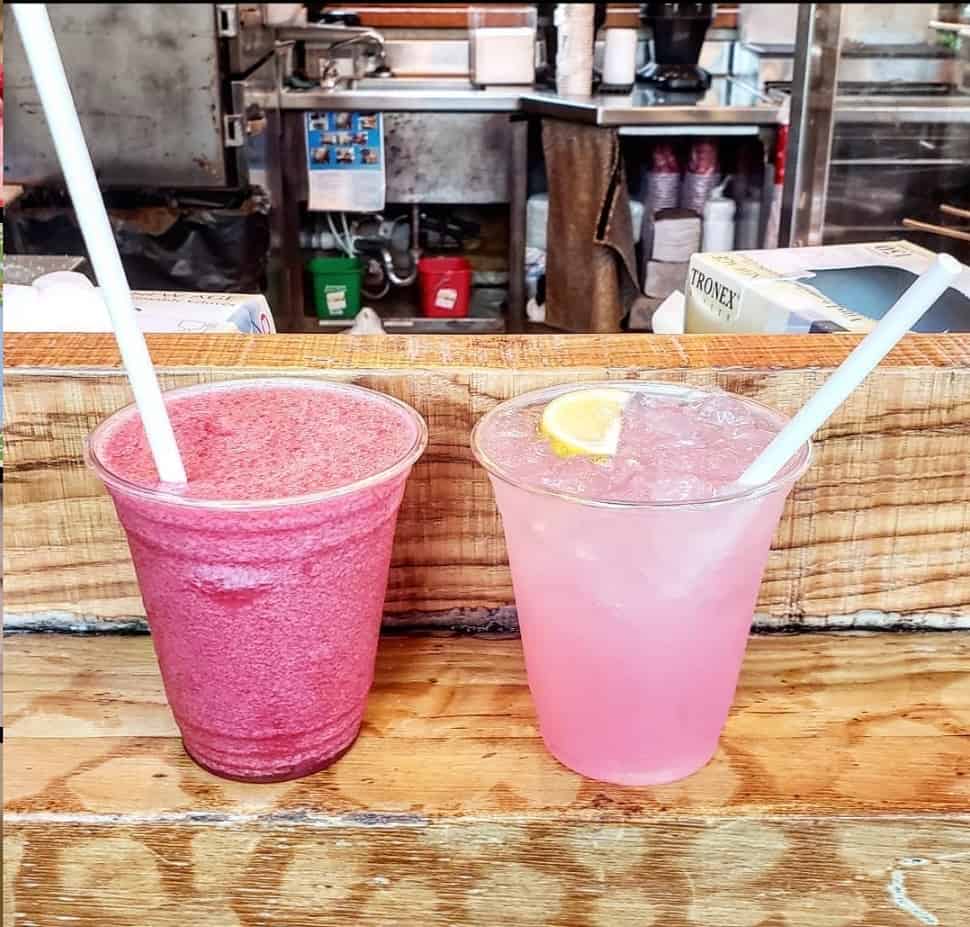 My son got a Pink Lotus (a blended juice beverage that includes strawberry syrup and lemonade…non-alcoholic, of course), and I got a Himalayan Ghost (Snow Leopard Vodka, Guava, and Minute Maid® Premium Lemonade). Since then, I’ve tried many other drinks here, the Khumbu Icefall (Cruzan Guava Rum blended with Coconut and Raspberry Pureé) is a close second, but the Himalayan is the one I come back to time and time again.

Not only is the drink menu fantastic, with cocktails, beer, wine, and non-alcoholic options, but the menu also stays true to the mission of Disney’s Animal Kingdom Park! They proudly serve Snow Leopard Vodka here, which is a fantastic Vodka with an incredible mission. The company was born out of a desire to save the Snow Leopard from extinction. They donate 10% of their profits to Snow Leopard conservation efforts which makes them a perfect fit at Animal. 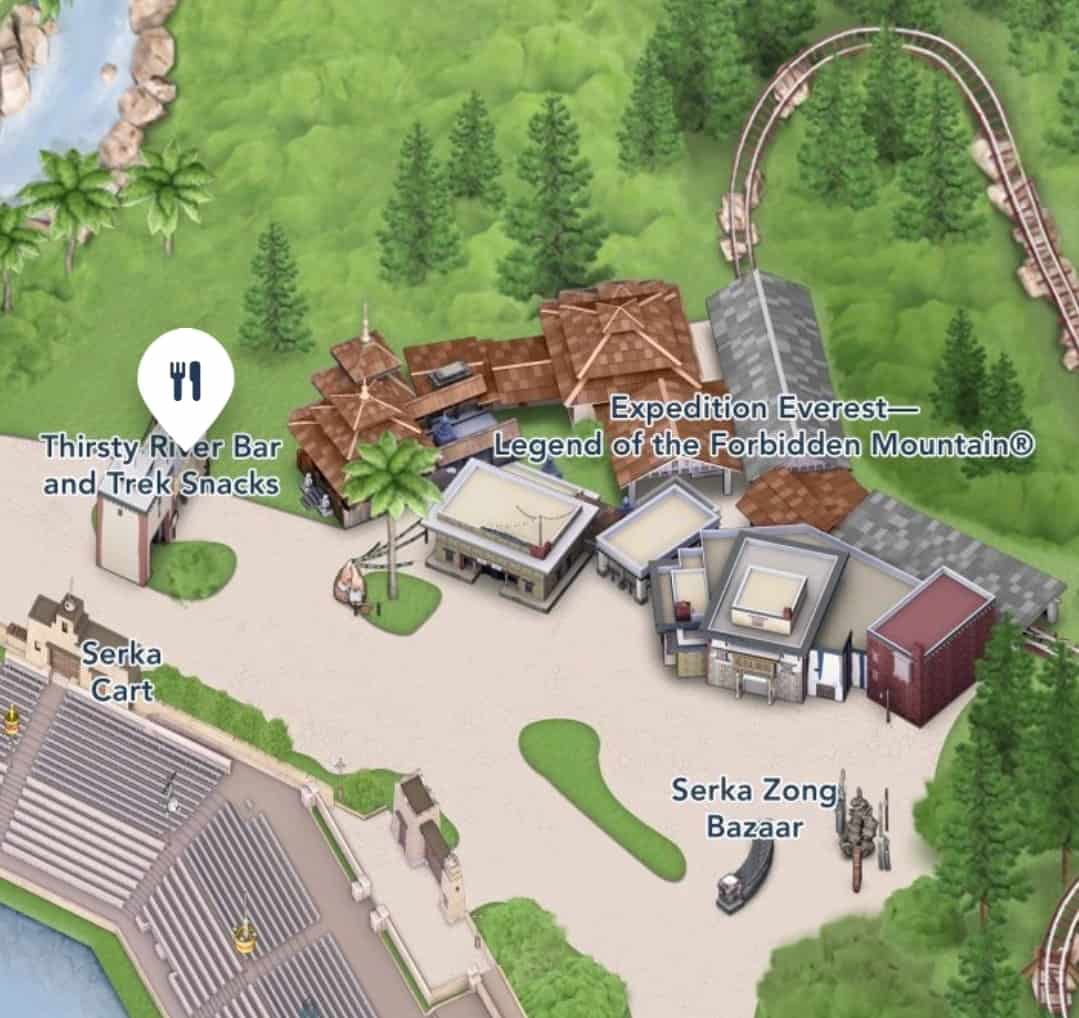 Give this fantastic spot a try next time you spend a day at Animal Kingdom. You won’t regret it. You’ll find it near Expedition Everest, just next to Anandapur Ice Cream Truck (across from the Discovery River amphitheater). Tell them Jill sent you. That won’t mean anything to anyone, but I’ll get a kick out of knowing you did it.