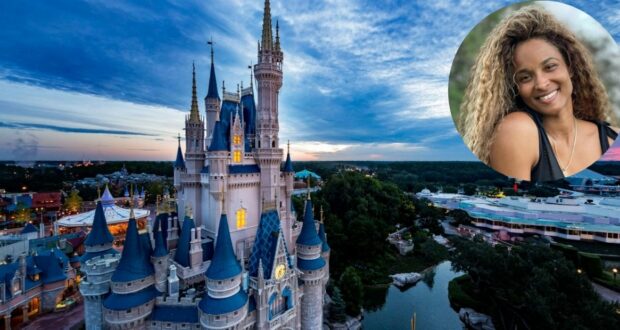 Six-year-old Aubrey English was diagnosed with cancer when she was just three years old, but the rambunctious little girl never let that get her down. She took her cancer treatments like the champ that she is and, three years later, she is finally in remission. During her treatments, Aubrey could frequently be found dancing to the Ciara song “Level Up”, and inspiring those along the way — including Ciara herself. 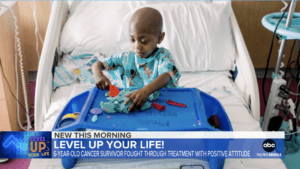 During Aubrey’s treatment, her mother left the following message on her Facebook to show that Aubrey’s family was fighting all the way with her, and they were refusing to give up until they won.

Aubrey and her family were recently featured on Good Morning America, and they spoke to hosts George Stephanopolous, Robin Roberts, and T.J. Holmes about their journey from diagnosis to remission. During the discussion, the family was surprised with a special message from Ciara, who joined them live via video chat. 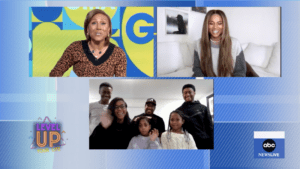 Ciara had the following message for Aubrey:

“Oh my goodness. I’m in tears right now. Aubrey, I just want to say that you are a superhero. You are the real superhero. And I’m so impressed by your strength and how you never gave up in your battle against cancer. You inspire me and so many people and so many others.

You are a real ‘Level Up’ princess so keep leveling up and inspiring so many, Aubrey. I’m so proud of you and rooting for you always.” 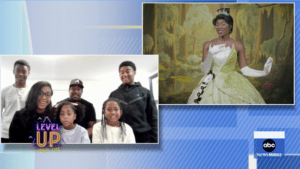 After the special message for the special little girl, Good Morning America surprised the family once again, but this time with a trip to the Most Magical Place on Earth. The surprise was presented by Princess Tiana — one of Aubrey’s favorites — who said that she couldn’t wait to see her.

You can watch the full interview that Good Morning America did with Aubrey and her family below.

In addition to dancing during her treatment, Aubrey also loved to dress like a princess and a superhero, complete with her very own tiara.

Please join us in sending all of our best wishes and congratulations to Aubrey and her family. May you have the most amazing time on your Disney World vacation!

2022-01-07
Krysten Swensen
Previous: Florida’s own version of COVID guidelines being called “a recipe for disaster” by experts
Next: Disneyland To Host Job Fair Next Week! 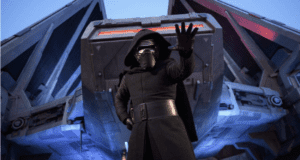