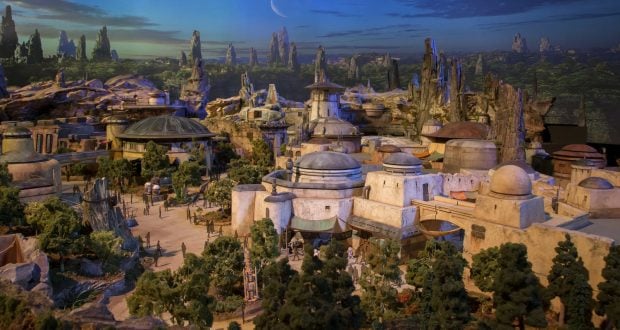 There was no better way to celebrate the premiere of Star Wars: The Last Jedi than to attend the movie opening night in Disney Springs… or so I thought. The following night (December 16, 2017) at Disney’s Hollywood Studios, The Last Jedi was celebrated with the return of Star Wars Galactic Nights, and it was a special date to attend this event beyond what any fan could ever dream of. It was a night filled with truly out of this world experiences which included things such as exclusive sneak peeks of what is to come for the park from Disney’s Imagineers, Star Wars Celebrities, and even a wine tasting from Skywalker Vineyards. There were never before seen park characters, special concessions, and one night only merchandise. It brought Star Wars fans to a galaxy far far away! Here is a quick run-down of some of the events from that special evening, including photos at the very bottom of the article:

For those that may need a little debriefing, Disney’s Hollywood Studios Theme Park is opening a new land called Star Wars: Galaxy’s Edge. This highly anticipated land is expected to open in 2019! The setting of this new land is going to take place on a far, far away planet called Batuu. This planet, Batuu, will invite guests to explore a Star Wars land we can only dream of!

A one night only panel discussion was hosted by David Collins, with an appearance from Warwick Davis from the Phantom Menace and Return of the Jedi (just to name a few of his credits). This gave us an exclusive look into the 14 acre expansion opening in 2019. See more details below about what the panel revealed!

A wine seminar was hosted by Tom Johnson, the General Manager of Skywalker Vineyards which is owned by George Lucas himself. This included a wine tasting and a look inside their properties now as well as their plans for the future. The wines were delicious!

Head out on a mission to collect a piece of the saga at the Star Wars themed photo backdrops throughout Hollywood Studios.

There were so many more events from the evening but these were just a sample of what they had to offer. The highlight in my opinion was “Inside Galaxy’s Edge” because it hadn’t been done before and won’t be done again anytime in the near future. We were lucky enough to get a front row seat to this awe inspiring discussion and the Imagineers sure gave us more information and first looks than we could ever dream of. Don’t worry if you weren’t there to learn all of this new information for yourself because we are going to take you through all of it!

The panel consisted of the the Executive Creative Director of Walt Disney Imagineering, the head of Lucas Film art department, the Executive Producer of Star Wars: Galaxy’s Edge, and the Portfolio Creative Executive at Walt Disney Imagineering. It was hosted by actor David Collins who has been a lifelong Star Wars fan and opened by Warwick Davis who starred in several Star Wars movies. With a list like that, it was bound to be an impressive and informative 40 minutes. In the first 5 minutes of the opening discussion, it was stated that the whole goal of this new land is to be completely immersive, completely authentic, and filled with detail so that you can live your own Star Wars story. This isn’t about reliving the old Star Wars movies we grew up with but its about going to a new place where you star in your own story.

We learned so much from this presentation. On an inside look into Batuu we got to see the first look into the Millennium Falcon which guests will be able to pilot. It’s an exact replica of the real ship which already sits behind the construction walls in the park. Just looking at the view from the cockpit and how it is going to be “flown”… this experience will truly be life impacting. As a lifelong fan who grew up with this saga, could you ever really imagine that one day you would be able to take Hans Solo’s place at the controls of this ship and fly it yourself? It’s like a dream come true. Thank you Disney magic.

Then come the fine details, the little things that separate Disney from every other theme park in the world. This panel of experts revealed the difference that separates the movie shoots from what they will bring to life in front of you. The pictures we were shown from the movie shoots showed the facades they made to bring it to life on camera. It is such a vast difference from the effort they had to put forth into the making of the truly immersive land that is Batuu or “Galaxy’s Edge”. They wanted Batuu to be a place that had mystery, that had danger… a place you could get lost in and have no idea what’s coming around the next corner. So they asked themselves what would they hear and see in this land? Would it be strange music coming from apartments above them, or maybe the smell of strange food from a vendor that’s cooking these amazing local delicacies? Do they see droid tracks or do the cobblestones have story and age? All these questions are what set their research of the story in motion to create the best experience for guests.

They searched the world and finally settled on what fit this new planet, Batuu, the most. To create this experience for guests they traveled the world and settled on the street markets of Morocco and Turkey to model this land after. They do have a certain raw feel to them that will evoke the more primitive street life of the most populated planets in the galaxy. This leads me to the next photo and merchandise reveal. It was stated by this panel that if you simply want to buy a basic Star Wars t-shirt then Tatooine Traders which already exists is your best bet. Once you enter the land of Galaxy’s Edge you will only be able to purchase hand crafted merchandise that may actually be found on a planet such as Batuu where only the local small business owners have storefront space. So, if it’s legendary saga merchandise you are looking for then this street market won’t be for you. However, if you are looking for a handcrafted toy for your young padawans then you can look no further than the local toy shop which will be run by your favorite creatures of the Galaxy. The Imagineers referred to it as basically “space etsy” which sounds beyond amazing for one of a kind merchandise.

Galaxy’s Edge wouldn’t be complete without some authentic Star Wars food and beverages. The panel let us know that not only will we be able to enjoy the famous blue milk but there will be green milk as well. They have had several tastings for these products already and are still trying to perfect the recipes but I’m sure they will make it as delicious as we ever hoped it could be.

Even though this fabulous new land is still about a year and a half away, Disney wants to begin telling us about the stories of Galaxy’s Edge before we can actually live them. At this presentation, they premiered the first series of Star Wars: Galaxy’s Edge trading cards. Since trading cards have been a part of Star Wars since the beginning they thought it was only fit to give this new land it’s own series of them. The first set of trading cards, which are not yet available in stores, were given out to guests that night.

It was truly a magical night for fans, a once in a lifetime experience. It was perhaps the most immersive evening that will be available until Galaxy’s Edge opens in 2019. While that seems so far away (and I’ll be counting down the days until the opening), I am so thankful to have been able to experience this special preview and to be able to share some new information with fans around the galaxy. While we wait in anxious anticipation of things to come we should channel our inner Jedi and  realize that patience is the key. To say it will be worth the wait is an understatement. “May the force be with you”. 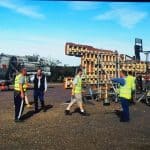 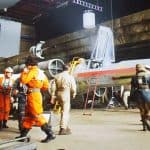 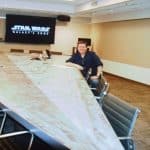 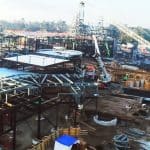 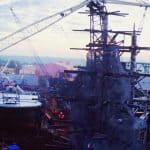 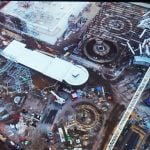 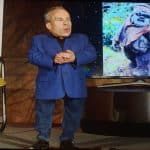 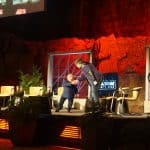 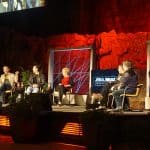 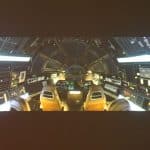 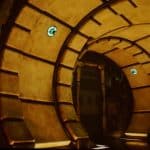 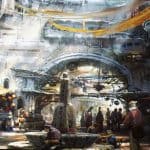 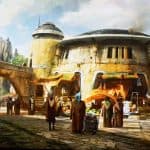 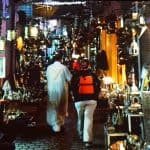 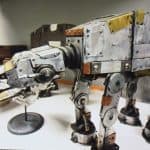 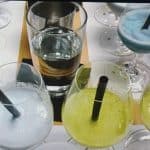 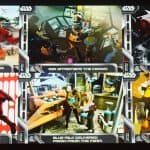