Space Mountain Will Now Be a “Lights-On-Always” Attraction: Report

Reports of a new Disney World statute requiring the lights to remain on during rides at Space Mountain in Magic Kingdom aren’t sitting well with fans of the usually dark ride.

Few things anger a diehard Disney World fan like discovering their favorite attraction is being reimagined or done away with altogether. News of a vanishing attraction–or one that’s being completely revamped, like Splash Mountain at Magic Kingdom–can be heartbreaking, disappointing, and sometimes devastating.

That’s exactly what has been suggested about Space Mountain at Magic Kingdom in at least one report online. According to the report, Disney World has issued a new rule about the operation of Space Mountain following a terrible injured endured by a Guest who rode the attraction in December. Instead of keeping his hands, feet, arms, and head inside the ride vehicle, the man raised his hands up over his head as the ride became more thrilling.

The man’s hands were up over his head and struck a part of the track above him and, in a freak accident, a ride vehicle came across the upper track at the same time and caused the man’s hands to be severely injured, according to the report at TheMouseTrap.com.

“Space Mountain Cast Members initiated an emergency stop of the attraction immediately,” the report reads in part. “They called the paramedics, who arrived in minutes. They rushed the man to the hospital to treat his injuries. The man is in stable condition [but] an injury like that is life-altering.”

Another report says that Disney is investigating the situation and looking to see what went wrong and how such an injury can be prevented in the future. But at this time, Disney has moved forward with the decision to require all lights to remain on inside the Space Mountain attraction at all times in an effort to keep other injuries from happening on the ride.

Such an announcement is upsetting to fans of the outer space-themed dark coaster ride that’s been thrilling Guests at Disney World since 1975. The ride vehicles in the attraction reach a top speed of less than 30 miles per hour, meaning that Space Mountain isn’t the most thrilling ride in the parks. The fact that Guests ride the coaster in the dark not only adds to the “feel” of outer space, but it also adds to the excitement of the ride as well.

And such a statute simply doesn’t seem in keeping with Disney’s style of handling accidents, ride breakdowns, and the like. After all, the lights are only left on at Space Mountain when there’s an issue or when maintenance and cleaning are taking place. So we looked into this “report” a little further. 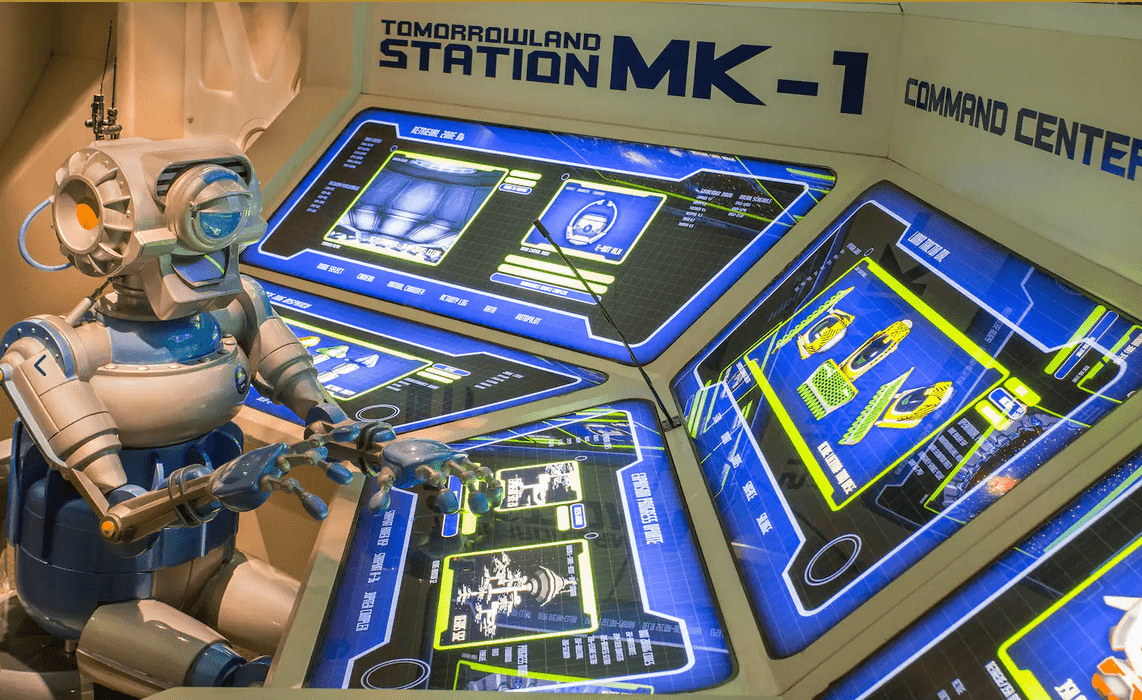 Apparently, so did the debunking do-gooders at Snopes, who discovered that both of the aforementioned reports were bogus–not outright lies, but definitely satirical in nature.

Yep. That’s what we thought, and it’s certainly what we were hoping! It was a false alarm in every sense of the phrase, so everyone, relax, don’t fret, and please go about your day. And thanks to the troops over at Snopes who helped us turn the lights out on this bogus story!

2023-01-09
+Becky Burkett
Previous: How You Can Get Bladder Polyps at Walt Disney World Resort
Next: Popular Disney Eatery Closes Its Doors, Effective Immediately