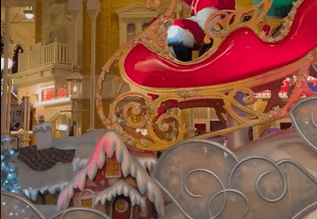 During the Christmas season this year, Disney is welcoming a black Santa to visit with children and hear their wish lists. Though there was no formal announcement from the merry House of Mouse about hosting a black Santa at its parks, the decision is in keeping with Disney’s diversity and inclusion initiative that’s been in full swing for some time now. 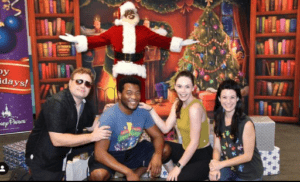 Disney had not announced the new offering; rather, the pleasant surprise came as Guests at both the Disneyland Resort in California and the Walt Disney World Resort in Florida got to have a meet-and-greet experience with good ol’ Saint Nick himself, and they noticed he was black at both parks.

RELATED: You’ll need a reservation to meet Santa at Disney this year!

It’s the first time in the 66 years of theme park history for The Walt Disney Company that its parks have had a black Santa Claus. According to one spokesperson for Disney, who says the measure is a way of showing the many ways in which Father Christmas is depicted all around the world. 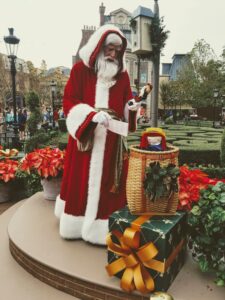 RELATED: Holiday storytellers return to EPCOT’s International Festival of the Holidays this year!

TikTokker @rozyqueenofcups couldn’t help but express her gratitude to Disney for “representation” after seeing Santa at the holiday nighttime spectacular.

I can’t express how magical this moment was. Thank u @disneyparks for the representation. #blacksanta #verymerriest #representationmatters #disney

And a Guest of the Walt Disney World Resort was overwhelmed with emotions at the sight of a black Santa at the parks. @maciiann says she was “crying happy tears.”

Yet another user online, @ghostonthestereo, unashamedly tweeted about her belief in Santa Claus, saying that he’s black all across the world. Oh, and she’s like a remake of The Polar Express as well.

Santa is black. End of discussion. Not just in Walt Disney world. He’s black world wide. I love him and I believe in Santa again we need a remake of the polar express please.

If kids can understand that there are multiple different Spider-Mans, one of which is a cartoon pig, then I'm sure they can wrap around the idea of Disney having a black Santa and a white Santa. Don't hide behind how do I explain this to my kids crap.

The festive move on the part of Disney to welcome a black Santa to its U. S. parks has also been met with discord, but because it’s the holiday season, we won’t give a spotlight to less than joyful things for the purposes of this post.

What do you think about having a black Santa in the parks at Disney World and Disneyland? Let us know in the comments below, and if you’ve already met him this year at the parks, be sure and post your photos in the comments!

2021-11-19
+Becky Burkett
Previous: Rise of the Resistance Moving to Standby Queue at Disneyland
Next: Magic Kingdom Will Close VERY Early in Late January