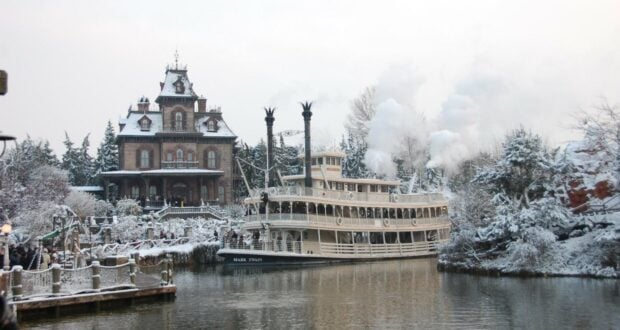 When Guests visit Walt Disney World Resort in Florida and Disneyland Resort in California, there is one thing that they will usually not see — white, fluffy snow (the real stuff anyway). It can get into the low 40s in Orlando and Anaheim, but decades can go by without a snowflake ever falling. Snow is also incredibly rare in Tokyo — which typically sees less than 2 inches — as well as in Hong Kong and Shanghai, where frost can appear, but not snow. In fact, 1983 was the first time that a Disney Parks saw snow, with a small amount falling in Tokyo.

However, there is one Disney Resort where snowfall does sometimes happen, and the result is truly magical. Twitter user @alexcabri shared images of Disneyland Paris after a recent snowfall, and they are stunning. Iconic attractions such as the Mark Twain Riverboat, Phantom Manor, and Big Thunder Mountain were all covered in a layer of beautiful snow. Sleeping Beauty Castle and Pirates beach were also covered in a layer of snow which seemed to transform the Park.

Disneyland Paris covered in snow is straight out of a storybook

Disneyland Paris covered in snow is straight out of a storybook pic.twitter.com/Km3PPxW881

While the images are stunning, not all Guests visiting Disneyland Paris during the winter months will be able to experience the same thing. Paris only averages about 15 days of snow a year, and rarely does the snow amount to more than a dusting — which is probably better for those spending their days outdoors in the Parks (this writer definitely prefers non-freezing temperatures). 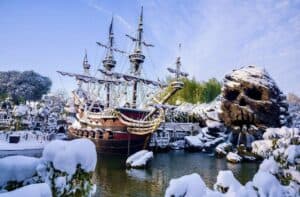 Aaron Mc Manus also shared on Alex’s post that his family was able to experience snowfall when they visited Disneyland Paris just a few years ago.

We experienced that a few years ago, absolutely beautiful

We experienced that a few years ago, absolutely beautiful ❄️ pic.twitter.com/z2oZ3zYWsQ

Paris typically sees temperatures in the low to mid-40s during winter and the current weather forecast shows that the tradition will continue for the near future, so if Guests would like to see some snow, they need to find a place that will at least give them the fake stuff.

Do you love seeing snow at Disneyland Paris? Would you want to visit a theme park when it is cold enough to snow or do you prefer warmer temperatures?

2021-12-06
Krysten Swensen
Previous: This Christmas film-themed cave home booked solid just after opening to public, so we just had to take a look inside!
Next: Disney Announces Launch Date For Disney Genie at Disneyland Resort! 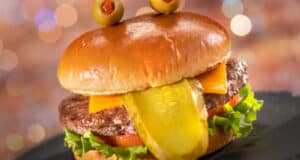 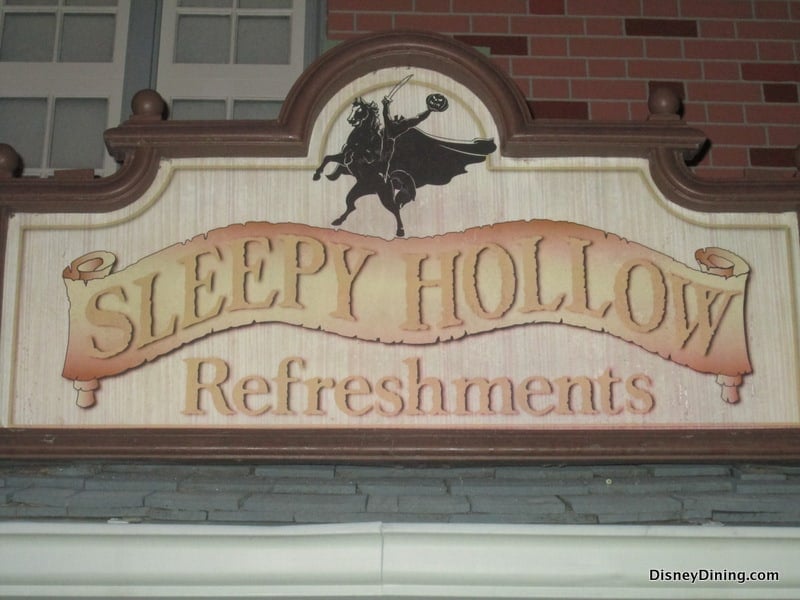 Why We Love Sleepy Hollow Refreshments in Magic Kingdom 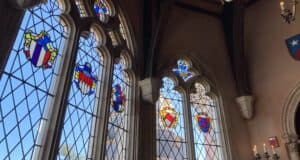