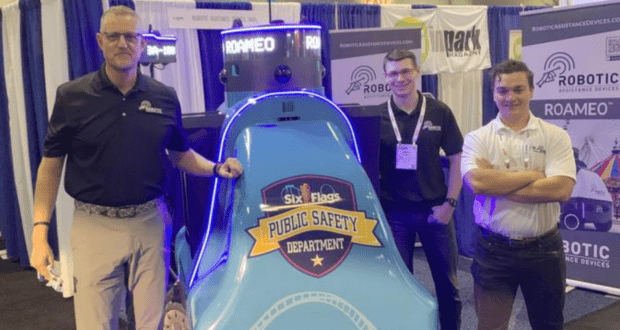 In a move that sounds like something straight out of a Hollywood film, Orlando theme parks like Disney World could soon welcome the ROAMEO 2.0 robot through their respective gates, ushering in–quite literally–a new era in theme park security, according to The Orlando Sentinel.

RELATED: 10 Guest Behaviors that can get you in Big Trouble at Disney Parks

The ROAMEO 2.0, which stands for Rugged Observation Assistance Mobile Electronic Officer, has an appearance that has been compared more to the Mars Rover than to a humanoid robot. It stands more than six feet tall and weighs 750 pounds, but you might not notice how heavy it is as it glides along smoothly, thanks to the wheels that hold up the massive robotic security officer. ROAMEO is the product of years of research and development by Robotic Assitance Devices, whose CEO Steven Reinharz, hopes that the new, fully autonomous bot will be a welcome addition to the theme park security teams at Florida’s theme parks. The security officer on wheels doubles as a concierge officer as well. It is built with multiple cameras, speakers, a communications system, a call button, and a touch screen.

ROAMEO was designed to sense when Guests are in restricted areas, like a young man who routinely broke into the Disney World Resort and was ultimately banned, and it even knows when a Guest isn’t wearing a face mask, as is currently required by many theme parks across the nation. But ROAMEO is capable of so much more. The exceptionally advanced robot can serve in other capacities, such as tour guide, a consultant for Guests needing directions, and an information guru for Guests who need to know wait time for rides, etc.

But as these machines begin patrolling at amusement parks, they raise questions about employment, security, and ethics. Though experts say robocops won’t be taking human jobs anytime soon, they acknowledge their use has to be closely monitored.

This week, a member of the ROAMEO regime will make its debut at the Six Flags theme park in Arlington, Texas, according to Jason Freeman, Vice President of Security and Safety for Six Flags. Next week, one of ROAMEO’s family members will be on patrol at Six Flags Magic Mountain in Valencia, California.

Reinharz says he has plans to deploy 100 ROAMEO units this year, and Orlando theme parks are his focus. He further says that his company is in talks with Orlando theme park operators, but didn’t give specific names of those operators.

“I expect to be in at least one theme park in Orlando by the end of the calendar year,” he said. 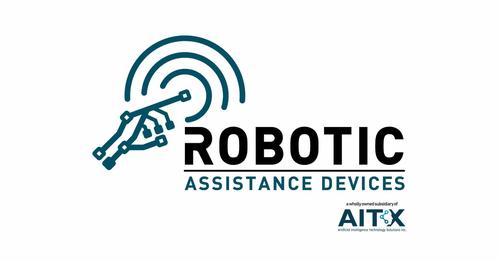 A spokeswoman for Disney, Jacquee Wahler, said that at this time, Disney is not in talks with Robotic Assistance Devices. It is unclear if Universal Studios Orlando, SeaWorld, or Legoland have been in talks with RAD at this time.

How do you feel about being in the parks with robots serving as security officers? What problems do you foresee if the ROAMEO units are deployed at Disney World?

2022-01-28
+Becky Burkett
Previous: Welcome Back! Another Disney Milestone Worth Celebrating
Next: Watch the “Bruno” song from Disney’s “Encanto” sung by the animatronics in a classic Disney Parks attraction