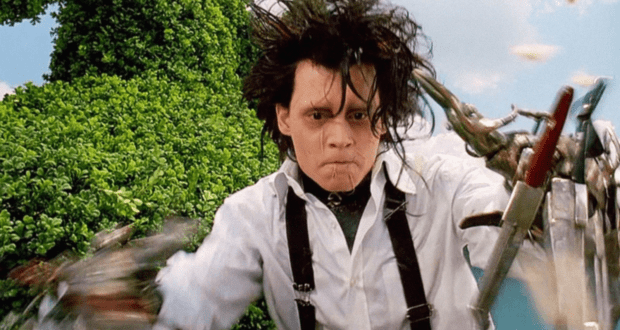 A tree-trimming fanatic in Texas is giving Johnny Depp a run for his money. 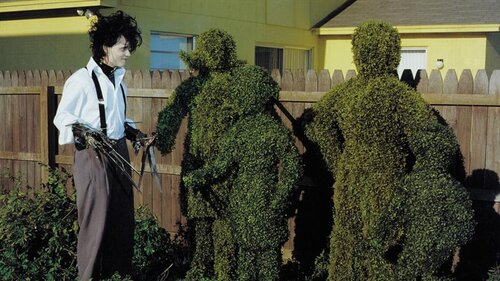 RELATED: Johnny Depp Lands a Role He Hasn’t Played in More Than 25 Years

CBS News reports that a neighborhood in Fort Worth, Texas, is the target of a man’s affinity for trimming trees, but the scenario is no laughing matter. Dubbed “Edward Scissorhands” by residents in the neighborhood, the man, whose identity remains a mystery at this time, has been caught on residents’ security cameras as he trims trees in their yards. 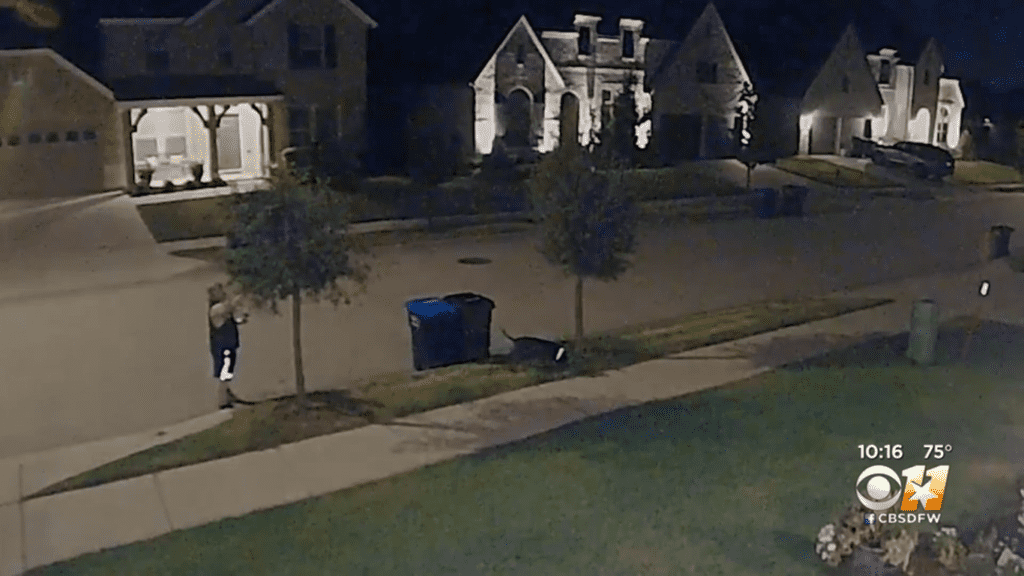 They say he does his best work in the middle of the night–and with an unleashed canine pal by his side.

“I was talking to my wife, Emily, and I was like, ‘hey we had a storm last night,’ and she was like, ‘oh no, that’s Edward Scissorhands,’ and so I was like ‘uh, what?'” Fort Worth resident Jerry Balkenbush said.

Jerry’s wife, Emily, says after talking with her neighbors, it appears that the man is only trimming trees on certain streets in the neighborhood.

The man’s “work” and the way in which he admires his work after completing it reminds the residents of the 1990 film Edward Scissorhands, in which an artificial human named Edward, who has scissor blades for hands, is taken in by a suburban family and falls in love with their daughter. The blades lend themselves to his talent for shaping trees and creating topiaries.

The tree trimmer in the Texas neighborhood is a bit more of a mystery, as no one knows exactly who he is.

“He starts trimming the tree and admiring his work and kind of stepping back,” Danny Thomann said. 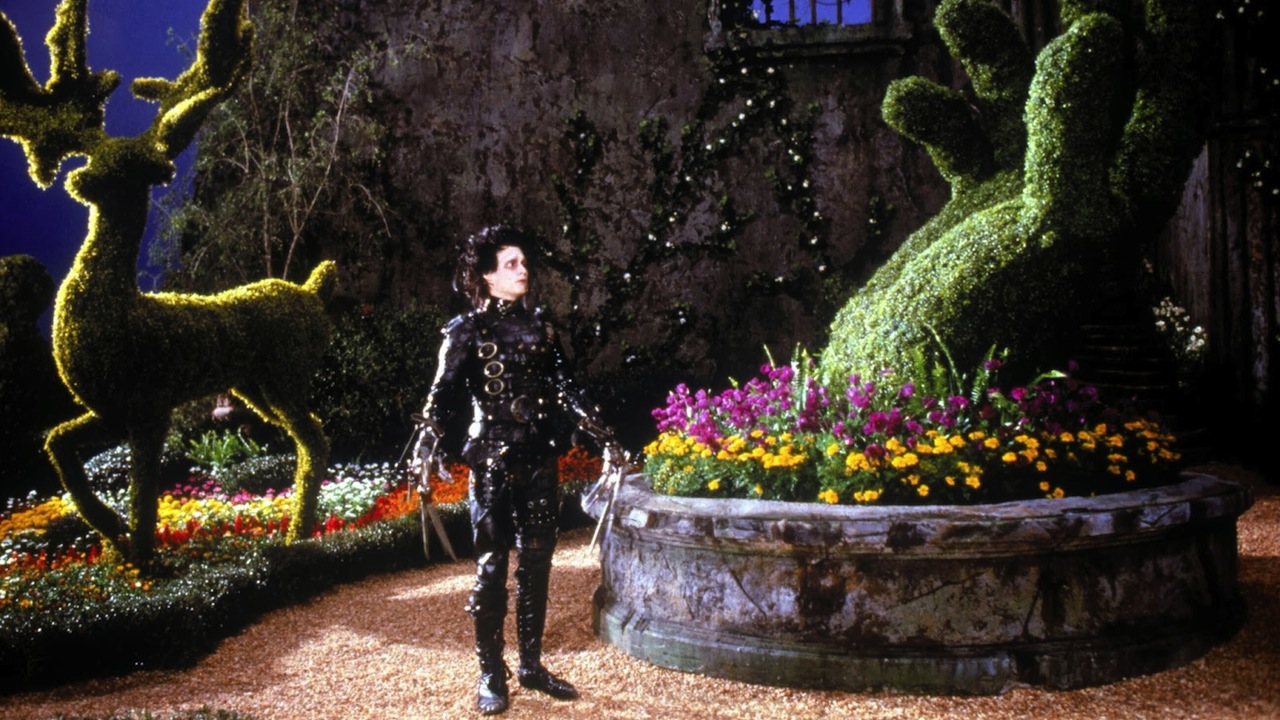 “We really just want him to stop doing this.”

According to residents in the neighborhood, the tree-trimming incidents have recently become more frequent. One night last week, nearly a dozen trees were hit–and on three different streets in the area.

“Sometimes he’ll just take a little bit, but then in other people’s trees, he’ll take massive gobs,” said resident Ashley Thomann said. “We’re all liable for those trees per our HOA, so if something happens to the tree, everybody is paying hundreds of dollars to replace them. So that’s part of it, and then I think the other part of it is it’s someone else’s property, but we also don’t want someone to get hurt.”

At this time, residents in the area don’t know who is responsible for chopping up their trees. All they have to go on are surveillance videos of the man caught by cameras on some of the residents’ houses. 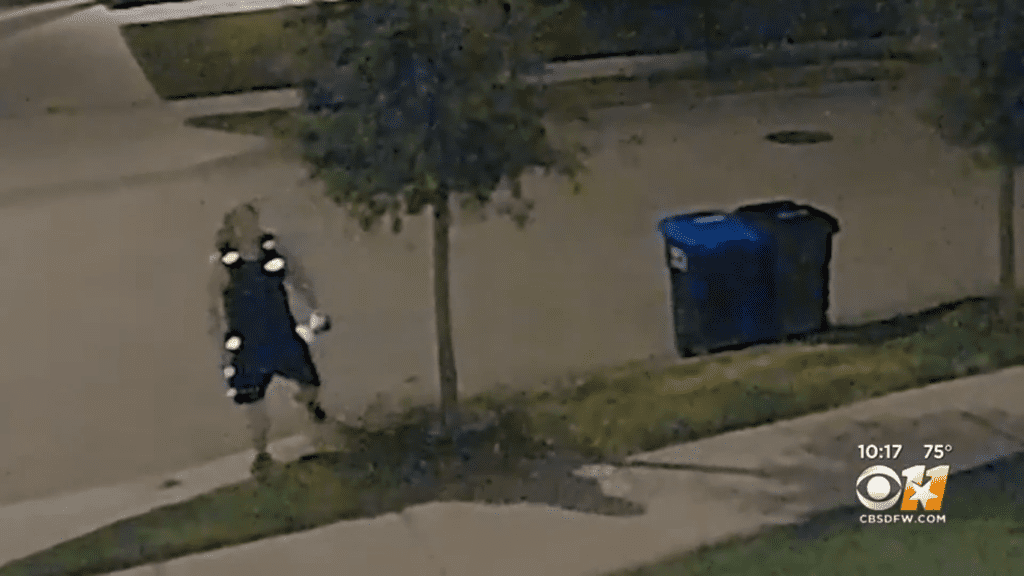 Residents are hopeful that someone will recognize the man and come forward, as multiple police reports have already been filed by residents in the area.

2022-10-14
+Becky Burkett
Previous: Individual Meal Prices at Disney Park Approach the $150 Mark. Where Will it End?
Next: Resellers Seen Walking Out of Disney Theme Park With WAGONS Full of Merchandise